Dale Robinson was 22 when kidney disease changed his life forever. He was beginning to live the life of his dreams, achieving his ambitions, working all over the world, when he suddenly became very ill. Dale has IgA nephropathy. It’s a life-threatening kidney disease that turns his body’s immune system against itself. 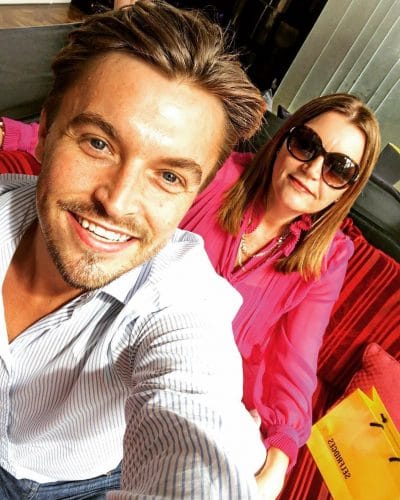 Why do our immune systems sometimes harm us?

Our body’s immune system jumps into action whenever we get an infection of some kind. Antibodies are released and restore health to the body. For Dale, with IgA nephropathy, his antibodies get confused about which cells are the enemies.

IgA nephropathy causes antibodies to target the kidneys and stops them doing their job properly causing blood cells and protein to pass through the kidneys into the urine. This causes even more damage to the kidney. As the body tries to repair the kidneys, it forms scar tissue. A heavily scarred kidney does an even worse job of filtering out the toxins in our blood.

Each time Dale gets sick, and his immune system is activated, his kidneys are attacked again. Even catching a cold can cause irreparable damage – eventually leading to complete kidney failure. Right now, there is no cure for IgA nephropathy.

Dr Fred Tam, a Kidney Research UK funded researcher, has spent his life trying to find a way to stop kidney failure and save people’s lives.

Fred has wanted to solve a medical mystery – why do some people’s immune systems attack their own cells? Throughout his career, he has been searching for a new treatment. With the support of people like you, he and his research team have discovered an enzyme that causes the immune system to attack the kidneys.

In 1993, Fred was awarded a five-year Senior Fellowship. Since then, we have funded many important stages in his research, enabling him to make a crucial discovery. 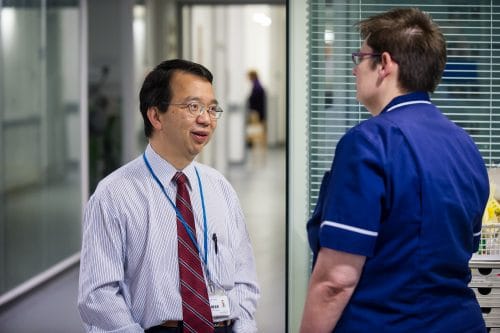 Fred and his team have been able to identify that an enzyme called Spleen Tyrosine Kinase (SYK) was produced by kidney cells after just two minutes of exposure to IgA antibodies. Essentially, they discovered that the SYK enzyme was acting like a confused army general, sending his troops into battle against the wrong enemy. This was a significant and exciting moment.

For the last 11 years, Fred has been working on a project to test whether a new medicine could be used to treat patients like Dale who have IgA nephropathy.

Knowing that people like Fred Tam are on the case, looking for a cure, gives me hope. Dale Robinson.

Fred and his team are awaiting the full results of the trial, but based on the evidence so far, Fred is hopeful that the new medicine could reduce the amount of protein leaking from the kidney into the urine in patients with IgA nephropathy. This could stop deterioration to kidney failure. The small number of patients is not enough to say definitively that it will work for everyone. This is how medical trials go - enough evidence is gathered in a small patient sample to get the go-ahead for a larger scale trial that will give definitive results.

This research might be able to help other kidney patients too…the medicine could also save transplanted kidneys.

Breakthroughs like this come after many years of research and collaboration. It’s taken Fred Tam over 25 years to get this far, and there is still a way to go before he can see his own patients being treated with the new medicine.

A kidney transplant, even if it is successful, is not a cure for IgA nephropathy. The patient’s immune system can attack the new kidney and destroy kidney function. But by inhibiting SYK, the medicine that Fred has been trialling, may stop further damage being done to the new kidney, saving it.