Just as strategy and cohesion are key to a team’s success on the pitch, he believes that governments throughout the UK need to develop clear national strategies to combat chronic kidney disease (CKD) and ensure consistency of high quality care.

Jamie is now working with Kidney Research UK to raise awareness of kidney disease and urge policymakers in Holyrood to make the condition a core clinical priority. 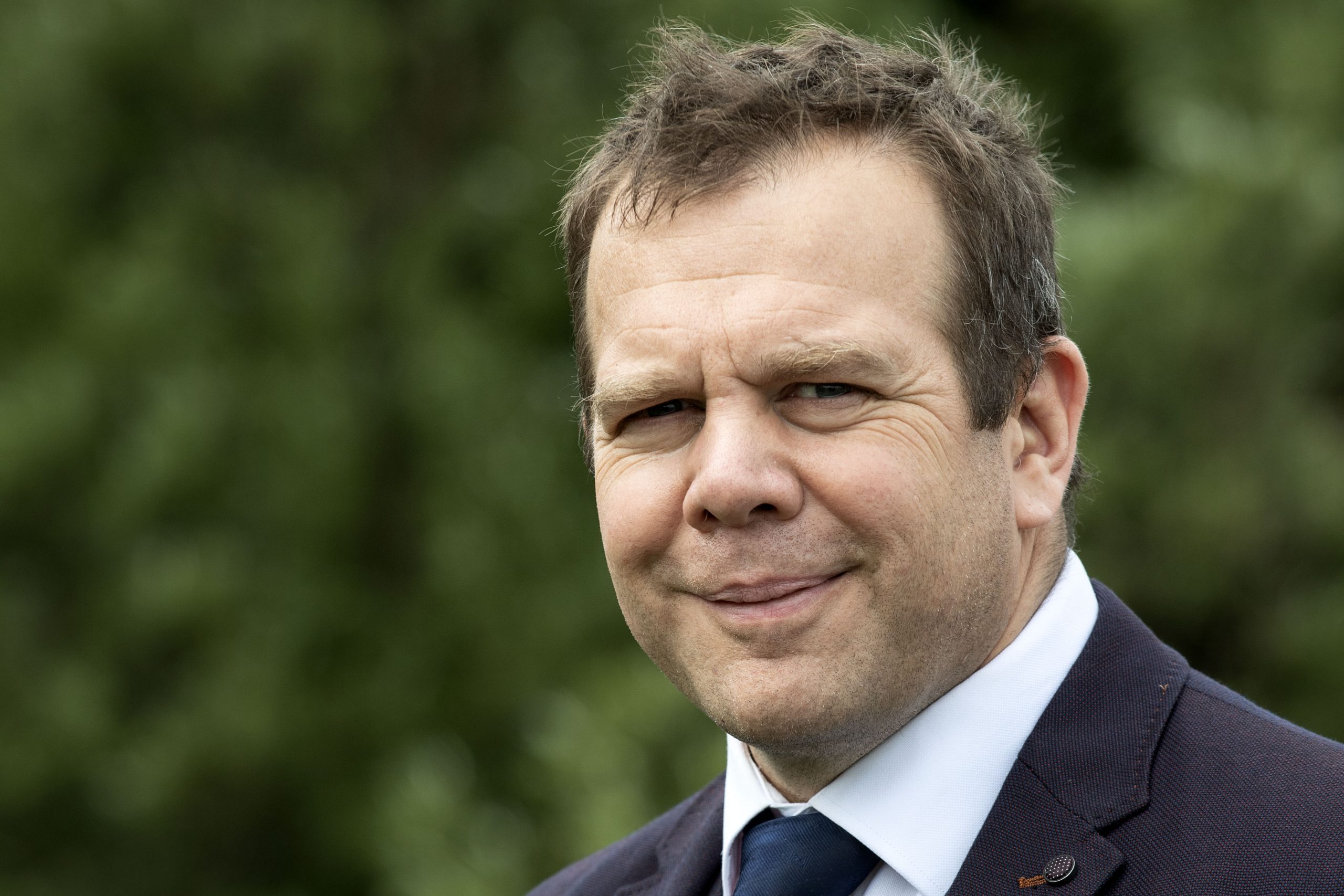 The Edinburgh-based senior executive received a life-saving kidney transplant in 2017 after acute kidney failure resulted in him spending over four years on dialysis.

He fell ill without warning while on holiday in Paris in 2013 and spent two weeks in intensive care after doctors told him he was in complete renal failure.

“I’d been feeling unwell for about two weeks beforehand but as I travelled a lot with my job, taking frequent flights, I just assumed I’d picked up a cold or flu bug. Kidney failure certainly wasn’t the diagnosis I was expecting,” says Jamie.

He first became aware of the charity after researching information about kidney function and failure online.

“I was living in Singapore when I first started dialysis and I wanted to know all the ins and outs of what it meant to be without kidney function and what changes I would need to make to my lifestyle. I found Kidney Research UK’s information really useful so when I returned to the UK in 2016, I decided to get more involved with the charity,” says Jamie.

In September 2022 he joined other patients, clinicians, researchers and representatives from the Scottish Renal Registry, the Scottish Donation and Transplant Group, the Clinical Trials Network and the UK Renal Data Network at our roundtable event to identify opportunities to transform outcomes for people with CKD in Scotland. Their conversations revealed that kidney disease is often invisible and overlooked within the country’s healthcare system.

“Kidney disease in Scotland and the rest of the UK is a serious issue that needs to be addressed. We need to share our experiences with the public and with politicians because I don’t think many people really understand what the kidneys do, what can happen when they stop working properly, what dialysis actually involves and how it can affect and restrict your life,” says Jamie.

“Working full time whilst having to set aside seven hours for dialysis sessions, four times a week, destroyed any semblance of normal life for me for four years. It was only after having my transplant that I realised how unwell I had been. I thought I was ok during my years on dialysis but I was still very sick at that point. But nobody really knew I was on dialysis because it was all done after work hours.

“Similarly, people think that once you’ve had a transplant your long-term health condition has disappeared but it’s still there because you need to take a significant amount of medication to keep you well – for me that’s 15 pills a day of eight different medicines.

“Kidney disease is a hidden condition in so many ways. It’s not until you get into the later stages that it starts having an effect on you – and the true extent of kidney disease remains hidden because we’ve stopped routinely testing for it, even though the test is really simple.

“Even when you receive a diagnosis it can be difficult to get information about treatments and the changes you may need to make to your lifestyle, such as dietary changes, because there’s no consistency in terms of information sharing and no standardised approach to treatments.”

A campaign for change

Jamie is supporting our Ken Yer Kidneys campaign to urge the Scottish Government to develop a national strategy to combat chronic kidney disease.

Driven by the recommendations of a report outlining the round table discussions, our campaign is calling for the development of a systematic approach to identify everyone at risk of chronic kidney disease in Scotland, with clear guidelines and protocols to detect CKD early, and an overhaul in the use of data and digital platforms to join up care and treatment.

Jamie says: “If we increase knowledge and understanding of kidney disease, we can catch kidney disease earlier, treat people earlier and prevent them from having to go down the route of dialysis and kidney transplantation.” 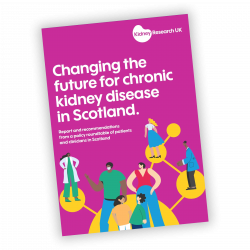 Changing the future for chronic kidney disease in Scotland report