We have called on the Scottish government to develop a national strategy to combat chronic kidney disease (CKD).

We published a report this week following a roundtable discussion in September to identify the opportunities to transform outcomes for people with CKD in Scotland. Convened with patients, clinicians, researchers and representatives from the Scottish Renal Registry, the Scottish Donation and Transplant Group, the Clinical Trials Network and the UK Renal Data Network, the roundtable found that kidney disease was often invisible and overlooked within the country’s healthcare system.

The report recommended the development of a systematic approach to identify everyone at risk of chronic kidney disease in Scotland, with clear guidelines and protocols to detect CKD early, and an overhaul in the use of data and digital platforms to join up care and treatment.

The report also revealed that the lack of Scotland specific guidance as well as insufficient data in the country resulted in poor outcomes for some patients.

The report indicated that Scottish kidney disease patients often “fall through the net” when it comes to diagnosis, particularly in deprived and lower socio-economic and ethnic minority communities. The clinical experts at the roundtable reported that CKD is often diagnosed as a result of investigations into other conditions that required blood and urine tests, meaning that diagnosis typically came “out of the blue” and many patients are diagnosed too late to prevent kidney failure.

We are also highlighting that routine testing is a key issue. Previously, people who were more at risk of CKD were tested in a primary care setting, but this requirement came to an end with the disbandment of the general practice Quality and Outcomes Framework in 2015.

Consequently, the nation has been left without appropriate early-stage data to make decisions to tackle CKD and support patients. Scotland also does not have any up-to-date clinical guidelines on treating CKD, so medics have to rely on recommendations from the National Institute for Health and Care Excellence (NICE), which are based on the way English laboratories report kidney function tests. We believe that Scottish guidelines are needed to provide clarity on standards and responsibility.

Bushra Riaz, Kidney Research UK’s Scotland policy lead, said: “Scottish patients have been left blind when it comes to kidney disease. With little appropriate data and inadequate measures for a timely diagnosis, patients are being let down. Opportunities to prevent the onset of renal failure allowing patients to live a full life for longer are being missed. We urgently need a national strategy for Scotland that makes CKD a clinical priority with a focus on early diagnosis.”

Following the release of the report, we are preparing to launch a campaign in January, asking our supporters to join us in calling on the Scottish Government to tackle kidney disease as a core priority and help thousands of patients in Scotland. Watch this space for further details.

The changing the future for chronic kidney disease in Scotland report was sponsored by AstraZeneca, Bayer, CSL Vifor, and Novartis and is available to read here. 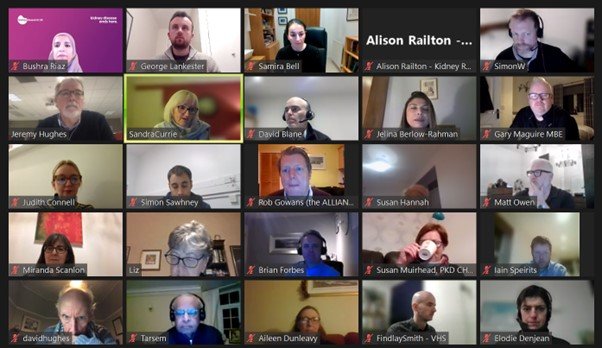 Changing the future for chronic kidney disease in Scotland

Our report sets out the main opportunities and barriers for improving the management of CKD in Scotland and makes recommendations for the Scottish Government and NHS Scotland. 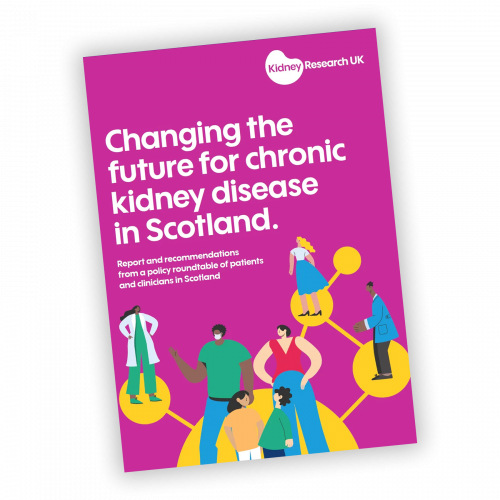 Taking the kidney cause to Holyrood

Changing the future for CKD in Scotland

NICE process “not appropriate for a rapidly evolving virus”

Supporting patients for fair access to anti-virals for Covid-19