One of the UK’s first living donors, Hazel Robinson, 92, has told Kidney Research UK that she when she was asked if she was worried about giving one of her kidneys to daughter Judy in 1975, she said she was far too worried about Judy herself to think about it.

Although transplantation was still very much at the experimental stage in the early 1970s, the operation was successful, and Hazel’s donor kidney survived in her daughter’s body for almost five decades, until Judy’s death earlier this year. It means it was one of the longest surviving donor kidneys in the whole of the UK.

Hazel Robinson with her grandson Rob

Judy was 19 when she suddenly developed persistent toothache in 1975. Doctors initially thought it might be leukaemia, but then they discovered her kidneys had failed.

Mum of two Hazel says, “When they discovered it was her kidneys the damage was already quite advanced, but in a way that was a godsend, as she wasn’t ill for too long before they started to sort it out.”

Judy was cared for by the renal team at Guy’s Hospital. The hospital has always been at the forefront of kidney research and carried out their first kidney transplant in 1969.

One of the first living donations

By the end of 1974, there had been around 26 transplants carried out from living donors. Hazel says, “It was early days. Judy was one of the first people to receive a transplant from a living relative.

“I think my husband Doug and my other daughter Christine were be tested but I was the best match. Anyway, I couldn’t have borne the thought of Christine donating the kidney and having two children going through it at the same time! But when I found I was a match I didn’t hesitate.”

So, aged 45, Hazel donated her ‘spare’ kidney to Judy. After the operation, it was initially touch and go whether Judy’s body would accept the kidney. But three weeks later there was good news: the kidney transplant had finally worked.

“I remember the moment the sister told me it had worked just as if it was yesterday,” says Hazel. “It was a wonderful day, because there were a few people on the ward where it hadn’t worked. I was just so pleased that I was able to help her.

Meanwhile, Hazel had also found it difficult at first to recover from the operation. “It was quite uncomfortable for a while,” she says. “I was expecting to experience some discomfort but it was really worth it for Judy’s sake.”

Once Judy had got through the initial phase of recovery, and her body had accepted the kidney, she continued going up to Guy’s three times a week. 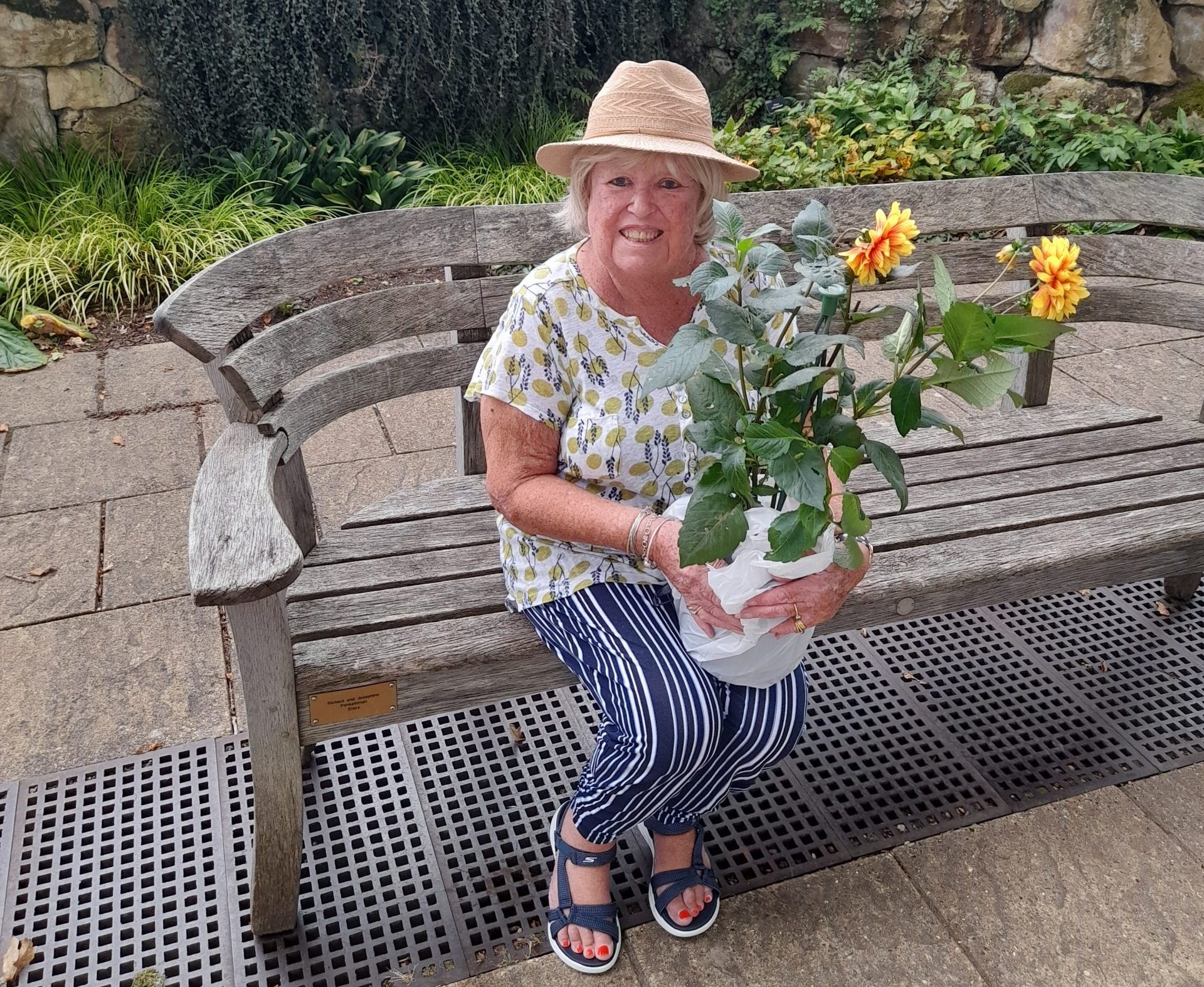 Hazel says, “The next big thing was that she got engaged and got married to David. That was wonderful. And when she got pregnant it was actually all quite straightforward. It was a shame no more came along but we all adored Robert. I said to Judy, ‘You’ve got a good one there!’”

Robert went on to have two sons Eric and Arthur, and Hazel says, “Judy adored those two children.” She was also very keen on travelling. “She and David did so much charity work and travelled all over the world to Korea and the Far East as well as other countries.”

Sadly, Judy died in June this year after developing secondary breast cancer in her liver. “Her body had had about as much as it could cope with,” says Hazel. “Everyone would always say how incredibly resilient she was and how much she had had to cope with. She even had problems with her heart when she was a baby.”

Hazel has now lived for a further 47 years since the transplant, but says she has rarely had a problem and has never worried about having only one kidney. She lives life to the full, going to church and spending time with her grandchildren and great-grandchildren. “I’ve been very lucky and I’ve kept really well. Judy was always telling me to go for more checks. I do have blood tests but I’ve survived this long, I’m not going to start worrying now!”

She adds, “It was incredible that Judy’s kidney lasted for such a long time. I think at the time they said we’d be lucky if it lasted for 15 years or so. I can’t quite remember how long they said – but nothing like how long it did last!

“Judy was a lovely daughter. We had a lovely Mother’s Day this year and she gave me something to plant in the garden. We often went out for Sunday lunch together, and her husband David never minded. He’d always say, ‘A mother and daughter’s relationship is different from any other.’”

Despite her sadness at losing her daughter, Hazel says she will always be grateful to the incredible work of the transplant team at Guy’s Hospital.

She says, “I wish she hadn’t had to go, of course I do. Part of me doesn’t really feel she’s gone. But we were so lucky to have her for so long.”

Thanks to your support, we're funding researchers like PhD student Serena Macmillan at the University of Cambridge.

Serena and Professor Mike Nicholson, along with the research team, are looking at ways to increase the number of kidneys available for transplant by altering the blood type of donor kidneys. 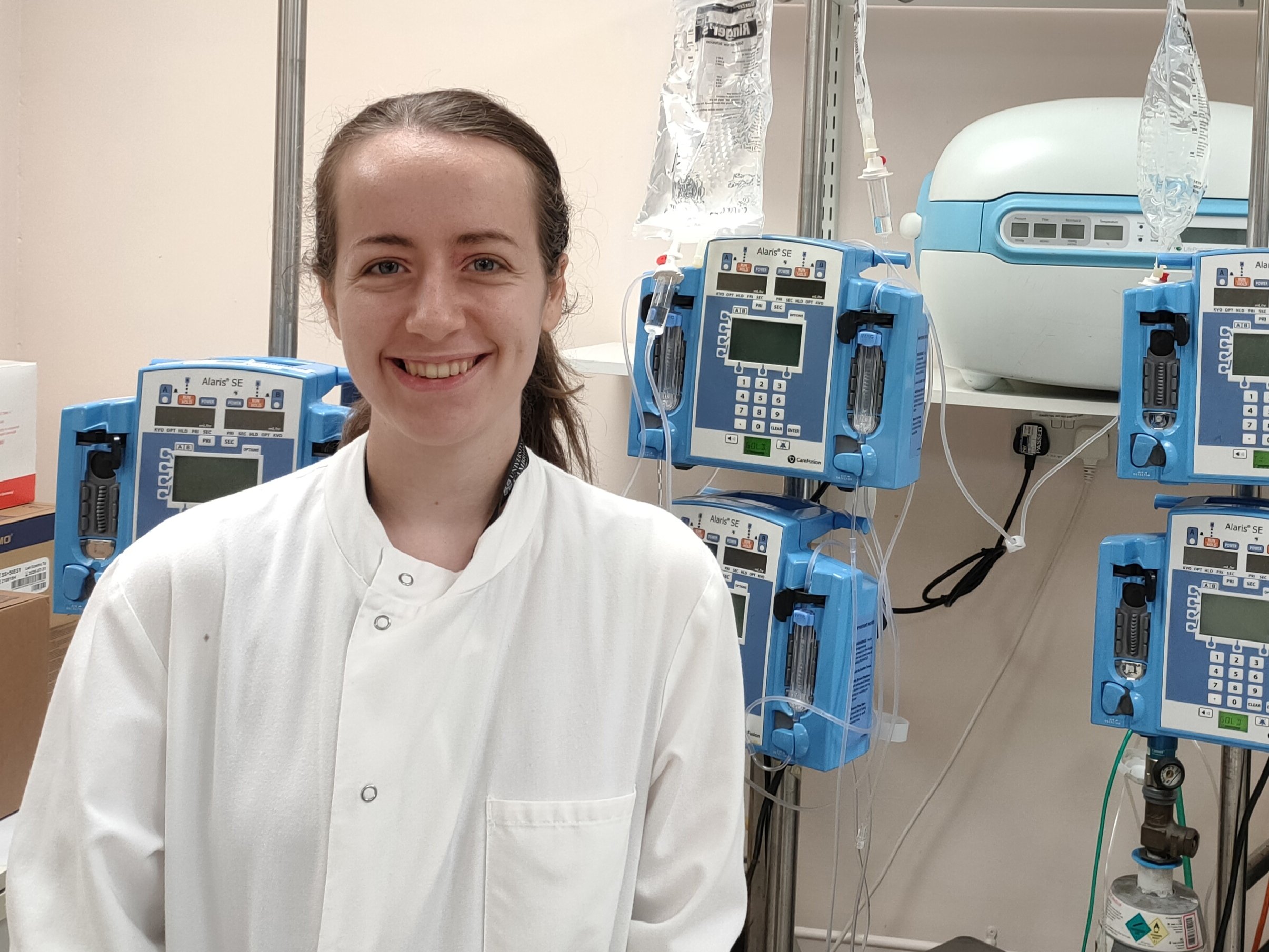