The last time Gill Singh, 54, did the London Bridges Walk, she was struggling with her health. Gill was born with spina bifida, which affects her from the waist down, and aged four had her bladder removed.

But reflux from her urostomy (where the bladder function is replaced with a pouch worn outside the body) meant her kidneys were slowly being scarred. As she got older, Gill’s kidney function started to decline.

Gill and team at the London Bridges Walk back in 2016

Gill, who lives in Manchester with husband Hari, 55, says, “By the time of the London Bridges Walk in 2016, I was on dialysis. As well as the scarring, my kidneys had been affected by the anaesthetic I had for a knee replacement. My kidney function declined from 40 per cent to around 20 and then even further.

“I have a phobia of needles, so the news in 2013 that I should prepare myself for having to go on dialysis was devastating. I knew I wouldn’t be the kind of person who could cope with lying in hospital on a machine three times a week, so I trained up to do home dialysis instead.

“The nurses were amazing, and eventually at the beginning of 2016 I was able to start dialysing at home. At the same time, I’d been deemed healthy enough to be on the transplant list – which was brilliant news, given my condition and the number of operations I’ve had in my life.”

Gill had just started a new role working in the Limb Centre in Manchester and was worried about her job security as she was still in her probation period. But her boss was amazingly understanding, and gave Gill the support she needed.

Gill had planned to do the London Bridges Walk with her best friend Mel in 2016, but was heartbroken when she died of cancer in 2015.

She says, “After I was told I had to go on dialysis, Mel was devastated because she said she would have given me her kidney. After she passed away, I thought I couldn’t do the walk. But then I thought, ‘Mel will be cross with me if I don’t.’ So a group of us signed up and Mel’s husband came in her place.

“I couldn’t walk because of my daft legs – I started to lose my mobility in them in my late 30s and have to use a stick or a walker, or a mobility scooter now – so they pushed me in a wheelchair.

“It was nothing like I’d thought it was going to be – to be honest, I thought we’d just walk a few miles and come back and it might be boring. I couldn’t have been more wrong! The atmosphere was amazing. There was a route for wheelchairs, and people were cheering us all the way along.

“My friends took it in turns to push me and at the end there were cocktails and music. It was brilliant.”

At the beginning of 2017, Gill received some fantastic news – a donor kidney was available. She’d had two false alarms, including one on Christmas Day. But a few days later, it was third time lucky.

“In January 2017 I got another call, and this time it went ahead. It’s been amazing from the off. The only time I had a bit of a rejection scare was when I had Covid last year, but it turned out I was dehydrated and my function was soon back to normal.”

Due to the pandemic, the London Bridges Walk was cancelled for a couple of years. Gill found that time really hard. She’s very independent and struggled with being classed as “vulnerable” and having to stay at home constantly. So when she saw an announcement on Facebook earlier this year that it would be back up and running, she jumped at the chance of doing it again.

“I’ve rounded up some of my best friends to do it with me – we call ourselves the Kidney Dishes – but sadly Hari has to stay home and feed the cats! One friend, Stella, I’ve known for 30 years and did it with me last time, and another, Mary, is my oldest friend. I met her in 1989 when we were both training to be pub managers. 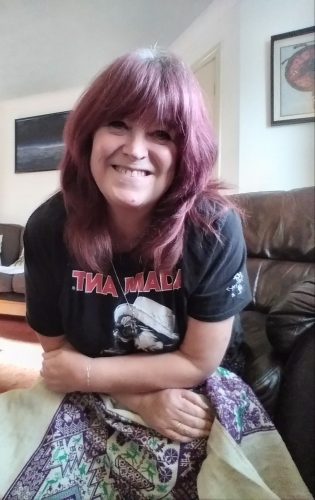 “This time I’ll be on my mobility scooter – which I’ve called Mabel! We are all really looking forward to the day, and helping to raise awareness for Kidney Research UK.”

The group will be fundraising for the charity, and Gill says that the work we do is vital for kidney patients.

“I couldn’t have got through dialysis if it wasn’t for the nurses I had and their knowledge of how to help me manage my anxieties. We may never cure kidney conditions, but the vital research done by charities like Kidney Research UK will make the whole process better and easier.”

Positive steps in memory at the London Bridges Walk

Cycling in memory of my best friend

My son Joseph is still waiting for a transplant

Accepting help was the best decision of my life

Donating to a two-year old stranger