Simon Elmore is lucky to be alive. The 46-year-old who lives near Derby, was first diagnosed with kidney failure 14 years ago, in May 2008, after a stressful period in his life. Since then, he’s battled a wealth of health problems, had a stroke, and even died on the operating table. His life was turned around when he received a transplant, and he hasn’t looked back since, now working as the kids and teens co-ordinator for Transplant Sport. 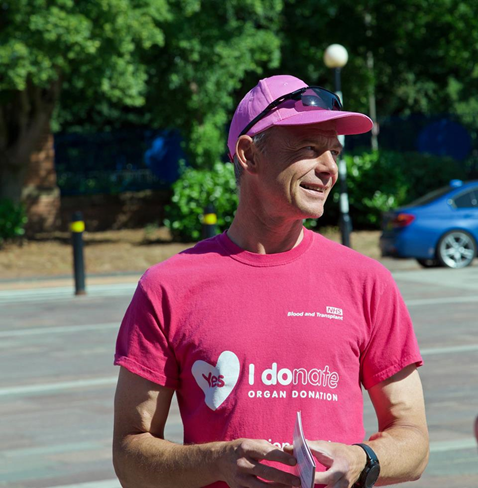 Over the years, he’s struggled personally with mental health issues and is now passionate about fighting for better psychological support for those going through dialysis or post-transplant.

When he was first diagnosed, Simon reveals his life “fell apart”. He says, “I’d been told I had low iron levels when I gave blood but that was it. Unbeknown to me, my kidney function had been declining throughout my late twenties and early 30s. I put it down to my body not being able to put up with the stress I was under. My blood pressure was really high and eventually I collapsed one after a night out with friends. It was a total shock.

“I woke up in hospital the next day to be told I was starting dialysis. I was just 33 and it was hard to cope with. I spent the next three or four years in a deep depression. I’d be on dialysis during the week, then would go out and party over the weekend. I tried to live my life as if nothing had changed. I ballooned to 17st because of my fluid intake. I think I was one of the worst patients the Royal Derby would ever have!”

Eventually, Simon tried to turn his life around. He married, got a job training sales managers around the country and fitted dialysis in around an 80-hour week on the road. Inevitably, Simon’s body struggled under the pressure, and he had a stroke in 2013. Further tests revealed he also had a hole in his heart, as well as a growth, part of which had come away and caused the stroke.

Simon says, “I had to wait six weeks for an operation and I was terrified if I went to sleep I’d never wake up. I even died twice on the operating table. The whole experience gave me insomnia, which I struggled from for the next few years. But my wife Mandy was amazing. She had every faith it was going to be okay.”

While setting up the Royal Derby Hospital kidney patient association with the help of a kidney charity, Simon attended a National Tennis Federation conference. There, by chance, he heard a talk about transplant sport. It changed his life. “To do sport again was a dream of mine,” he says. “From that moment on I was determined to be more positive, to get mentally and physically fit enough to receive a transplant. Finally, I had a purpose.”

In January 2015, Simon had made the call to his hospital to say his dad was willing to be a living donor. Then fate intervened. The very next day, he was on dialysis when he got the call that a kidney was available from a deceased donor.

“When I got that call, three things went through my head: first that I was going to take part in the Transplant Games in just over six months’ time. Two, that I was going to Argentina the following month to compete for Great Britain, and three, that I would win a gold medal and give it to my donor’s family. Fate was on my side, because all of those things happened.” 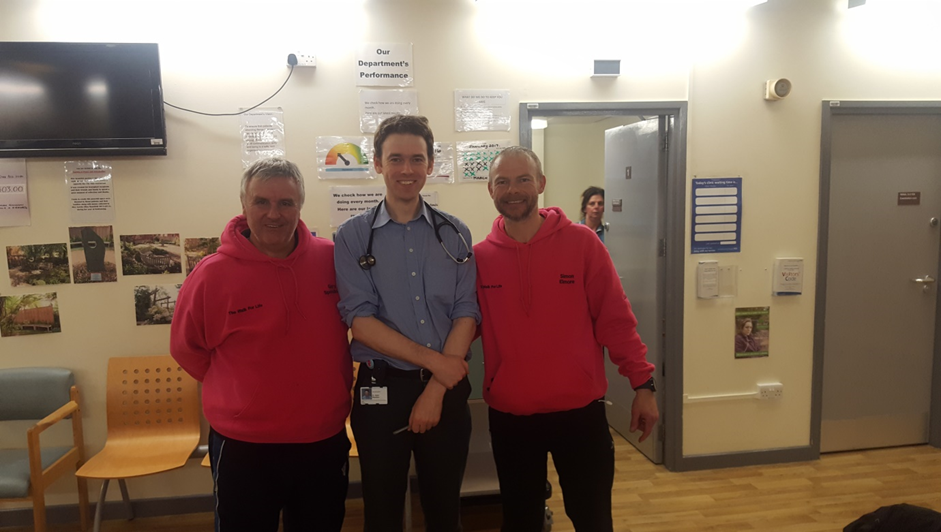 The importance of support

Simon also became more involved in supporting other kidney patients and highlighting how important it is that there is someone for them to talk to who really understands their condition. In 2015, he set up his own patient support group, VIRS (Voluntary Independent Renal Support), and went into hospitals to talk to kidney patients.

“The key thing to understand is that dialysis patients are in a different place to everyone else. They don’t often put their hands up to ask for help, and if they do and there’s nobody there, that hand isn’t going to go up for another three years.

One of the key points of the Kidney Research UK campaign this year is that all patients should be referred to a specialist renal counsellor when they receive a diagnosis. Simon explains that this is particularly important for those who receive an unexpected diagnosis.

“If you know your kidneys are failing, and your family understands what’s coming, you are more mentally prepared for going on dialysis,” he says. “But when it happens out of the blue, you wake up the next day thinking, ‘I’m going to be on dialysis for the rest of my life’, because no one knows when they might get a new kidney. In your head, you think your life is over.

“At that point, you can’t even take in what the doctor or consultant is saying to you. The patient needs support, they need to be told that there is a long road ahead, and there will be time to discuss options further down the line. They don’t need every single fact flung at them on day one.

Simon adds, “The research into kidney issues is vital and without it, I wouldn’t be here able to share the bad and the good. Supporting this incredible charity helps others live life, and do things… Mental health is massively important for so many patients who cannot cope with the pain, anxiety, stress, hardship and pressures of the world. Your support will make a difference.”

Accepting help was the best decision of my life

Donating to a two-year old stranger

I feel the need to be worthy of my donor kidney

A kidney diagnosis messes with your head

My renal counsellor gets me through

Why I want to make this film for my dad