Kidney disease attacked Nicci Rimmer without warning and the fallout continues to affect her physically, mentally, financially and socially.

She believes much more must be done to support and inform people faced with life-changing kidney disease and is backing Kidney Research UK’s call for all kidney patients to be automatically referred to a specialist renal counsellor at the time of diagnosis.

An urgent call from the doctors

Nicci (52) loved her job as a medical secretary for a mental health NHS trust and was looking forward to celebrating 30 years in the service. But in November 2013, after requesting a hormone screen to investigate the potential early onset of menopause, Nicci got an urgent call from her GP.

“I was due to attend an awards ceremony at work that evening, as I’d been named employee of the month and nominated for employee of the year. But instead, I was on my way to A&E with kidney failure,” says Nicci, who lives in Bootle, Merseyside.

Initial tests and a biopsy were inconclusive and Nicci was wrongly informed that the most likely cause of her declining kidney function was the result of ibuprofen abuse.

“I was shocked and so upset by the initial diagnosis, especially as a cousin had passed away from organ failure after suffering with painkiller addiction,” says Nicci.

“I only took ibuprofen for period pain, but this diagnosis was put on my work employment records and I felt so ashamed by this. I was put on a course of high dose steroids and sent on my way.” 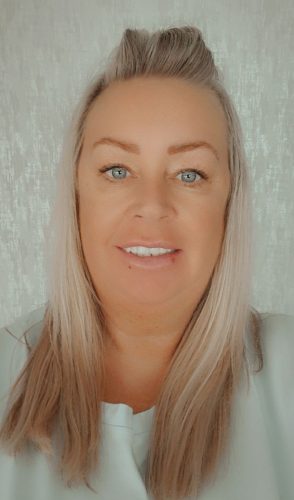 Further tests more than five years later eventually revealed that she has IGA nephropathy, a condition which causes a protein to become trapped in the fine filters of the kidney, causing damage and scarring to the whole kidney.

“At my first appointment with the renal nurse in 2014 I was asked what dialysis route I favoured. It hadn’t even dawned on me that I would need dialysis and I cried all the way to work, because I’d not realised how much kidney failure was going to change my life,” says Nicci.

“At my next appointment, the consultant asked if I’d written a list of potential donors. I hadn’t even contemplated a transplant and had never heard of living kidney donation and I remember thinking ‘how do I even go about asking my family if they’d give me one of their kidneys?’.”

A road traffic accident and a diagnosis of fibromyalgia, suspected to have been brought on by the trauma of the accident and her renal failure, had a major impact on Nicci’s mental and physical health. Over time, work became increasingly difficult as she tried to manage the pressures of work, whilst struggling with extreme fatigue and high blood pressure brought on by her kidney disease.

Eventually Nicci had to make the painful decision to leave her job and take ill-health retirement, but when she was initially refused access to her NHS pension and had her Personal Independence Payment application declined, Nicci hit rock bottom.

“I loved my job with all my heart, and I grieved for it. I felt a huge failure to my colleagues and to myself, and when we were hit financially, I got to the point where I felt that the best thing for my family would be for me to be no longer there. I decided to stop taking my medications and I spent weeks in bed, crying daily with disappointment that I had woken up to another day,” says Nicci.

This cycle was only broken after Nicci was persuaded to attend a six-week pain management programme for her fibromyalgia in 2018 where she was introduced to a variety of techniques to help manage her physical and mental health.

“I just broke down when I spoke with the psychologist. She couldn’t believe what I had gone through without any support from a renal psychologist – and I had no idea the post even existed,” says Nicci.

“Everyone with kidney disease should have access to a specialist counsellor because it can turn every part of your life upside down without warning. And for those on the outside looking in, it’s very easy to underestimate the severity and impact of kidney disease.

“I also think people facing dialysis should be invited to visit their local kidney units to see people dialysing, ask questions and be reassured. I’ve been given lots of reading material about it, but I need to speak to someone face to face – someone who knows what it’s like because they’re living it.

“Kidney disease has changed my life beyond recognition. I’ve lost the person I was before and now I’m living in limbo, waiting to start dialysis but not knowing exactly when it will start and how it will affect me – and that’s frightening.”