Kidney failure at Christmas leads to a whirlwind year

When Hannah Davison started feeling ill during her first term at university, she put it down to her new student life. Like a typical Fresher, she was burning the candle at both ends, studying hard for her psychology degree at the University of Dundee and going to bed late.

At just 18 years old, she had no reason to suspect that anything was really wrong with her. But after feeling tired and run down over the festive season, she went to the GP and was diagnosed with end-stage kidney failure. Immediately, her mum Rebecca, 54, stepped up to give her the ultimate gift – one of her own kidneys.

Hannah says, “I didn’t really feel ill, I was just tired all the time and incredibly pale. Any alcohol I drank would come straight back up, and now my friends tell me I did look a little puffy, and my skin had a yellow tinge to it.

“I struggled through Christmas – I was very lethargic and slept a lot, which was not like me as I’m usually an early bird. We still had Christmas dinner, but I was exhausted and had stopped drinking by this point.

“On Boxing Day, we bumped into our local GP while out on a walk. She told me I could be anaemic and suggested I had a blood test. The same evening after I’d had the tests, the hospital told me to come in immediately. Because of Covid, my mum wasn’t allowed in, and so I was on my own when they told me I had kidney failure. I couldn’t really absorb the news.”

Doctors were worried that Hannah did not fully understand the seriousness of her situation, and gave her mum permission to visit. After a few days, the hospital gave Hannah the bad news that her condition was not acute (and therefore more likely temporary), but chronic, so she was facing a future of continual dialysis, or a transplant.

“My mum immediately stepped forward, without thinking, and said she would donate one of her kidneys,” says Hannah. “I was worried because I thought something could go wrong, but then I didn’t really have any other choice. We basically never had a conversation about it. She went for tests, and they discovered she was a ‘perfect’ match.” 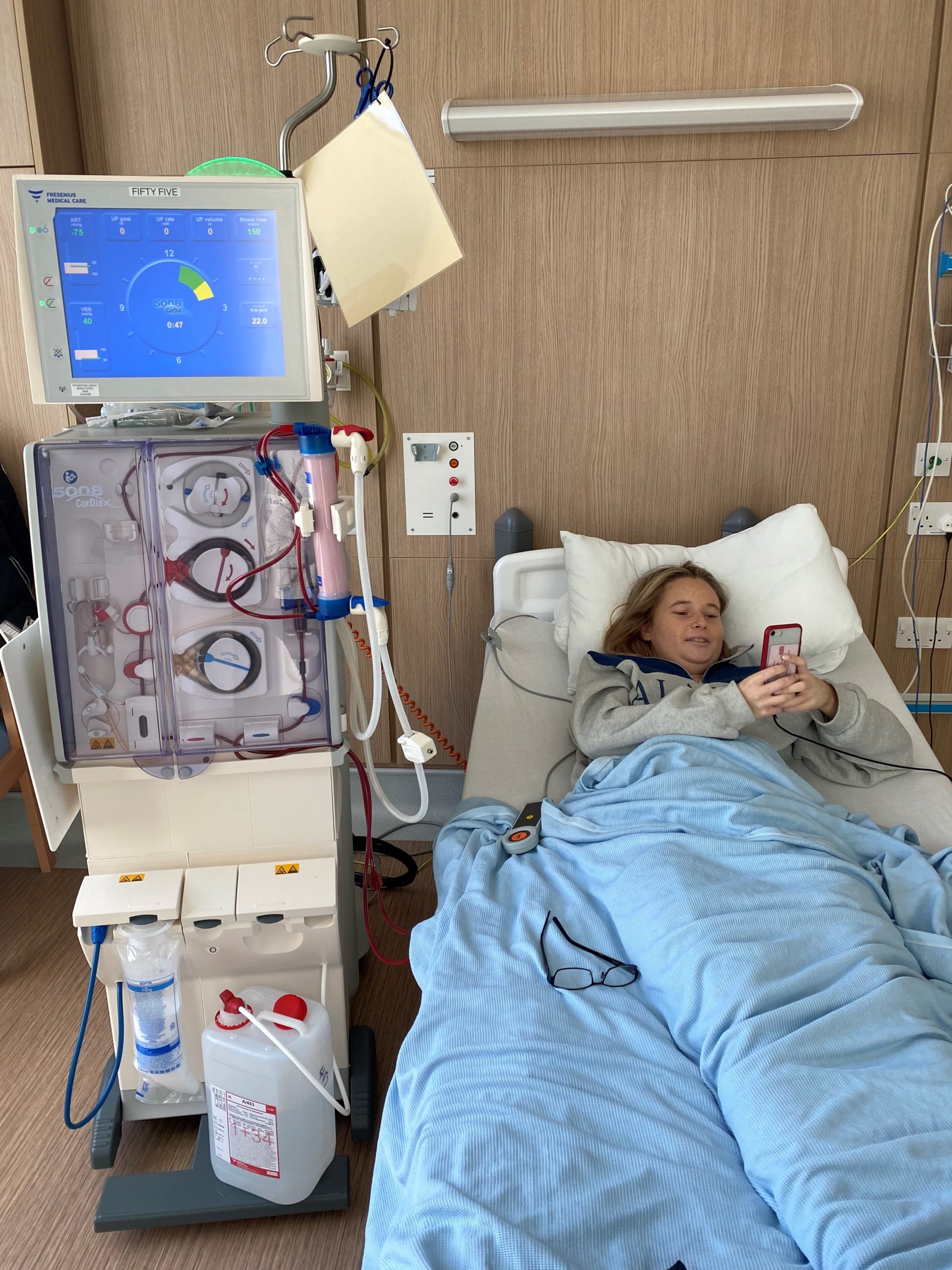 With the diagnosis, Hannah’s life had changed overnight. She went from being a normal uni student, looking forward to nights out with friends, to living back home again with her mum and stepdad. Over the next few months, life became a round of stays in hospital as she battled sepsis, a burst haematoma and a pulmonary embolism.

Then, in the summer, Hannah suddenly got a call saying that they could operate.

“I teach sailing with a lot of my friends and was about to teach a course again for the first time in ages. Then I was told the operation would be that week. I was so relieved, but really upset to be missing the course! But I knew the transplant was more important.”

As the countdown to the operation began, Hannah and her mum both began to feel nervous. She says, “The day of the operation, I told my mum how much I loved her. Then she went down to theatre first and once her kidney had been removed, I went down.”

Immediately afterwards, Hannah felt better. “I felt great. But the hardest part is they have to pump you full of liquid afterwards so the kidney doesn’t get lazy. That was distressing. I had ten litres of extra fluid and put on a stone in a day, and could hardly move.

“Mum’s recovery took longer than mine. We’re both very stubborn and do more than we should and she started walking 6,000 steps a day. Very soon she was back in hospital with a chest infection. Compared to her, I wasn’t in that much pain at all.”

The transplant has given Hannah a new lease of life. Having suddenly had everything she considered normal taken away from her, she’s now coming to terms with getting her life back again – all thanks to her mum.

“It can take six to nine months for the kidney to settle so based on the advice I’ve had from my doctors, I’m going back to restart my university career in September 2022. I still have to have blood tests once a week, alternating between Dumfries and Glasgow hospitals and my results are fluctuating a bit. It seemed too much to have to do that and factor in doing all my university work and having a social life as well!”

Determined to make her kidney last

Now, Hannah is determined to do what she can to prolong the life of the kidney.

“I fully intend to take care of it as much as I can. That means taking my medication, exercising and eating the right things.

“I’m supporting Kidney Research UK because I know that the more medical advances are made, the longer my kidney has a chance of lasting. I’d like a transplant to be a cure, rather than a temporary fix.

“Two of my best friends, Claire Stewart and Ellie Rowand, did the Kiltwalk for Kidney Research UK and raised nearly £6,500. I am so proud of them for doing this as I know that every penny they raised will go towards helping me, and others in the future.”

Most of all, she is looking forward to celebrating Christmas with family and friends. “Last year, my body was slowly poisoning itself, and because of Covid it was just the three of us. Now, this year, I will be able to celebrate properly with my friends and family.

“Last Christmas, if I had waited another couple of weeks to get tests, I might not be here now. It’s such a relief to be where I am now, and I will always be so grateful to my mum and the doctors who saved me.”