I’ve been the lead of the Kidney Research UK Lay Advisory Group since April this year, but I’ve been a kidney transplant patient for much longer – 15 years in fact! Like so many other transplant patients I was shielding for much of the first year of the Covid-19 pandemic, as the risks of serious consequences for immunosuppressed people who caught Covid have been very high.

The NHS Covid-19 vaccination programme brought new hope to clinically extremely vulnerable (CEV) people. We were placed higher up the vaccination list than others our own age and the promise of going back to normality was extremely welcome after the year of isolation.

So it was very concerning when evidence from the USA and elsewhere began to suggest that some transplant patients weren’t producing any antibodies at all in response to two doses of the vaccine, and others were producing just low levels.

As 19 July ‘Freedom Day’ approached, when the government was set to remove most of the remaining restrictions protecting people from Covid, we at Kidney Research UK became aware of a great deal of anxiety amongst kidney patients. Despite being double vaccinated, were we still at risk of Covid - and even more so if others stopped wearing masks and social distancing and Covid rates rose? For many of us, Freedom Day was the day we might once again be imprisoned in our own homes. The worry was especially great amongst those needing to take public transport to work or living with school-aged children. 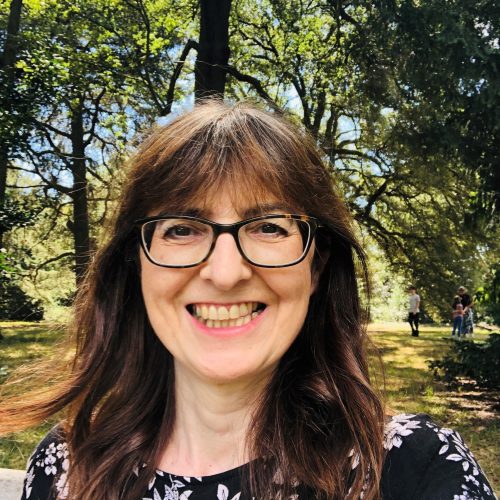 What we needed were facts based on the best and most recent evidence and for these to be translated into clear and consistent messaging for kidney care health professionals and for kidney patients. To do this Kidney Research UK teamed up once again with other members of the Kidney Charities Together (KCT) group - Kidney Care UK, PKD Charity, NKF and Kidney Wales, as well as the UK Kidney Association, the professional body for the UK renal community.

In the UK, the Medical Research Council had funded the OCTAVE study to look at vaccine efficacy in immunosuppressed people and Kidney Research UK had joined forces with other kidney charities to fund a similar study for haemodialysis patients. As part of my role at Kidney Research UK, I was invited to a meeting where clinical researchers began to share the early results of their studies with other renal professionals and kidney charities. It was amazing for me to see the scientists and health professionals discussing and interpreting results that were ‘hot off the press’ and then work together with kidney patients and the KCT communications teams, to decide what advice should be given to kidney patients. The speed at which research was being translated into policy and practice was incredible.

As Freedom Day arrived, the KCT group was ready to get the message out to kidney patients – get fully vaccinated, but continue to socially distance and seek advice from your kidney care team if you have any worries.

The meetings continued throughout the summer. From the evidence from around the world, including the UK, it became clear that the protection provided against Covid-19 in kidney patients was much improved on being given a third dose of an mRNA vaccine (eg Pfizer-Biotech or Moderna). Our focus changed to begin lobbying the JCVI (Joint Committee on Vaccinations and Immunisation) who make the decisions on who can have the Covid vaccination.

There was a period of frustration in August, when everything seemed to grind to a halt. The UKKA had presented compelling evidence to the JCVI about the need for the third dose in kidney patients, ahead of the booster programme, but there was no response. It seemed ironic that while everyone was away enjoying a summer holiday, kidney patients were still left potentially unprotected and stuck at home. The weather made it even more difficult as our few social plans for outside meetings with friends and loved ones were rained off.

With the support of the KCT group, the UKKA therefore published a position statement on 13 August 2021, calling publicly for the JCVI to urgently prioritise the third dose. Again, this was backed up with a co-ordinated social media campaign by all the KCT charities.

On 1 September, we were rewarded with the announcement from the JCVI that immunosuppressed people could have a third dose of an mRNA vaccine as part of their primary Covid-19 vaccination schedule. Discussions are now ongoing about when vulnerable dialysis patients and people at CKD stage 5 can have a third dose as well. Recent research published in the Lancet has shown that haemodialysis patients can also have a poor antibody response to only two doses and there is a fear that these patients – who are less able to protect themselves due to frequent journeys to hospital for treatment – could be left at risk.

As a kidney patient, I want to say how much I appreciate the hard work put in by all of the communications teams in the KCT group, the research teams led by Michelle Willicombe, Stephen McAdoo, Ed Carr and Rupert Beale, all those involved at UKKA , and Charlie Tomson, a Kidney Research UK trustee. It has been such a privilege to be able to work with you all.

Being a kidney patient during the Covid-19 pandemic

Latest evidence on the risk of Covid-19 for kidney patients