A Yorkshire woman has made a large donation of £20,000 to Kidney Research UK after winding down her charity Bloomin’ Yorkshire, which raised awareness of organ donation.

Janice Richardson, 58, from Leeds had suffered from recurrent kidney infections since she was a teenager. An infection which she contracted at the age of three prevented her left kidney from developing properly but it wasn’t until she hit her twenties that she was finally diagnosed.

“Doctors realised that my left kidney had not grown properly after the infection. My right kidney was under a lot of pressure and it resulted in these recurrent infections. They told me it was unlikely I’d be able to have children.”

Janice was able to live life as normal until her mid-forties when her kidney function began to decline dramatically, to as low as three per cent. However, she felt so well in herself, she was surprised when she was called by the hospital and told she needed an operation to have a dialysis tube fitted.

She opted to go on peritoneal dialysis which she could have done at home but says, “That year was a nightmare. I had to sell my catering business and I developed peritonitis, an inflammation of the peritoneum five times and they had to change my tubes three times.”

In October 2010, Janice’s condition worsened. On holiday in Cornwall, she fell ill with septicaemia and her organs began to fail.

“I fell into a coma and my husband and family were told to prepare for the worst. But after a week, the doctors at Truro Hospital felt they had a window of opportunity to operate to remove the dialysis tube to save my life. I survived and was flown back to hospital in Leeds by air ambulance where I stayed for three months. There, they put me on haemodialysis.”

Janice struggled on dialysis, and was desperate for a transplant. But her first two transplants were unsuccessful.

“My first kidney was from a living donor, my sister Angie Heslop. But despite working initially, it then failed after a few months. Then, three years later, my body rejected my second transplanted kidney. I was very ill and ended up in intensive care. 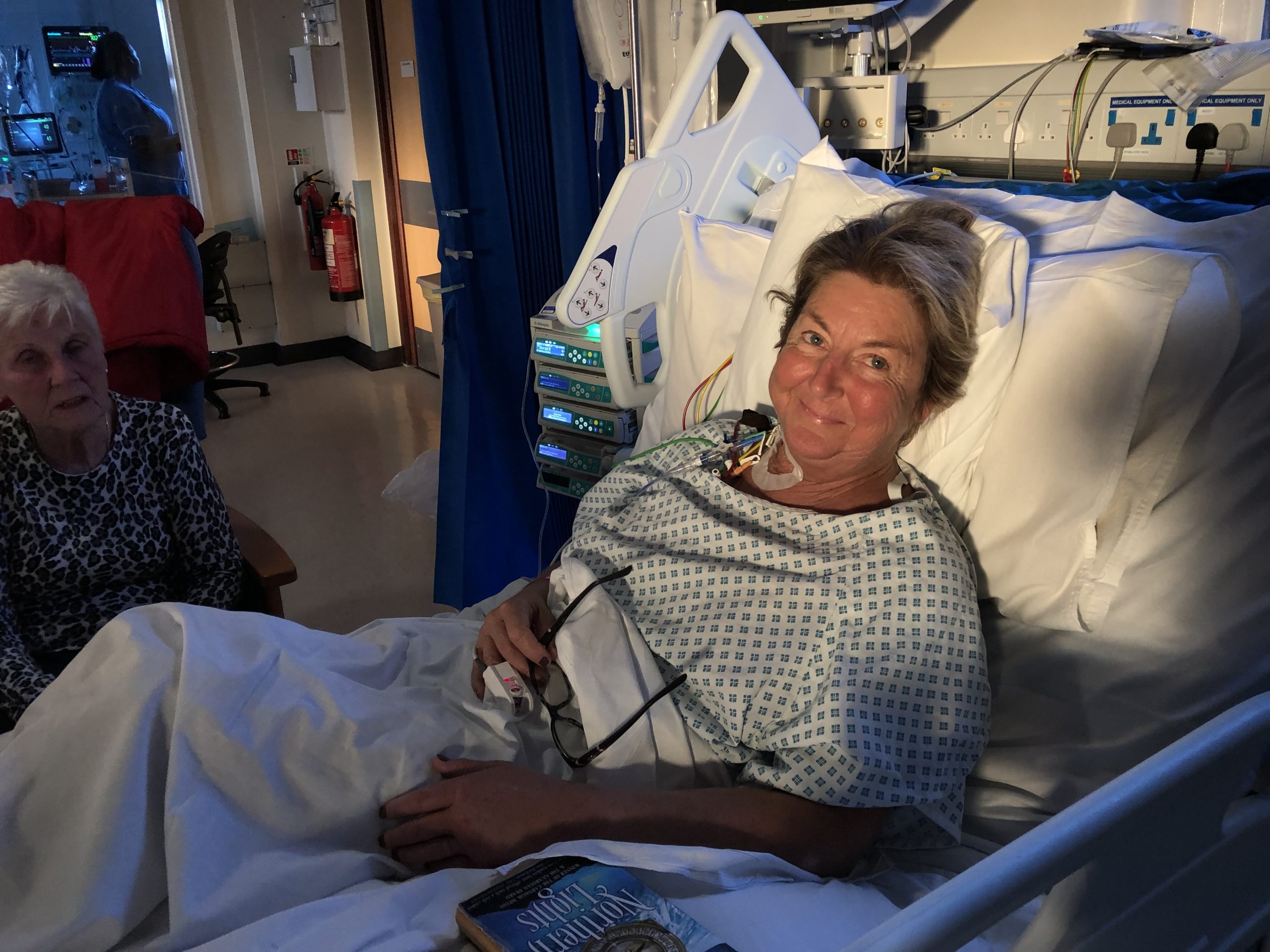 Janice in hospital after her last transplant

“After that I was told I could never have another transplant as I had so grown so many antibodies from having so many blood transfusions – so it was back to dialysis.”

However, determined to give something back and raise awareness of kidney disease, Janice and her friend Tricia Barker started Bloomin’ Yorkshire. They had the idea of holding a competition to design a new Yorkshire rose, which they then displayed in a specially designed garden in Yorkshire. Sales of the artificial rose would then help raise money for the charity.

Janice adds, “We even entered the Chelsea Flower Show and were picked to be one of the seven show gardens. I don’t think a tiny charity with two founders and a few helpers had ever got so far – the show gardens are normally sponsored by big companies like Bank of Switzerland.

“It was all going well when Tricia and I both started to struggle with our dialysis. We had no energy, we couldn’t work, we were going home and falling asleep so a few months before the show started, we had to pull out of taking part.”

But, as Janice says, everything happens for a reason. The Chelsea Flower Show would have opened in May 2019, but in April that year, Janice received a shock telephone call from the transplant coordinator.

“I told them they must have got the wrong person, as I couldn’t have another transplant. But she said to me, ‘I think you need to sit down. We’ve got a kidney and it’s a million to one chance that it’s a near perfect match.’ I phoned my mum and dad and they couldn’t believe it.”

Happily, Janice’s operation was a success. The next day she was walking around, and only needed to take paracetamol. Tricia also had a transplant in the same month, from her husband.

Now, Janice’s life has been transformed. “We’ve moved house and we live out in the country now. I’m walking five or six miles with the dog every day, I went swimming every day in the river during the pandemic. I can have my friends round and eat and drink normally again.

“When I was on dialysis I would regularly crash because my blood pressure would be so low there was barely any reading at all. Sometimes I’d think, ‘I wonder if I’ll make it out today, will I ever see my husband again?”

During that difficult time, Janice found working for the charity a godsend as it gave her something to focus on. Now, however, with both Tricia and her having to shield due to the pandemic, fundraising has become difficult, hence her decision to wind up the charity.

She says, “I’m proud to have raised the money for Kidney Research UK, and to have got our stories out there so people know what it’s like living on dialysis and the amount of people who die waiting for transplants.

“So many of my friends signed up to be organ donors and that alone could save lives in the future.”