An East Lothian dad saved his son’s life by challenging a health diagnosis and urging the 23-year-old mechanic to get a second opinion.

Michael Horne knew something was seriously wrong when he saw Luke’s skin turn grey and his face and feet become swollen and puffy. A responder on an out of hours helpline number advised Luke to have bed rest and paracetamol, however, Michael insisted his son go to the GP. 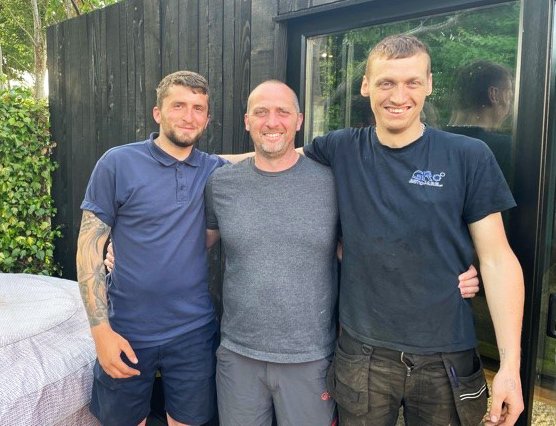 “Thank God I did,” Michael said. “Luke was in end stage kidney failure. We were told he was close to dying. Without that second opinion he may not be here for me to tell this story.

“It has been a whirlwind to get our heads round. He was a healthy, typical young lad and nearly died, yet none of us had a clue. It hit from out of nowhere.”

Luke spent five days in intensive care and another two weeks in a high dependency unit in Edinburgh, before he was allowed home.

The family are now grateful for the little things – like the fact Luke got to hospital in time to find out his kidneys were at just five per cent function. And that Luke’s mum Elaine will hopefully be able to donate a kidney to save her son’s life.

Medics feared he would die in the ambulance

“Luke was so sick that a consultant at the Edinburgh Hospital told us he would be better at the nearby specialist kidney unit at the Royal Infirmary, a 10-minute drive away. They didn’t want to risk blue- lighting him there as they worried he would go into cardiac arrest in the ambulance and die,” said Michael.

“That’s how close we were to losing Luke. His blood pressure was off the scale. Yet I had driven him to the hospital, and he was in fine spirits chatting and laughing as he always does. No clue of how sick he was. Unbelievable.”

Luke is unsure if kidney failure caused him to suffer high blood pressure or if it was the other way round. A biopsy has not given any clear answers.

The family do know, however, that Luke will benefit from future research as they have quickly learnt that a kidney transplant may not last for his lifetime.

We want to do our bit to help others

So, to raise money, Michael, of East Linton, is taking on a charity bike ride of 75 miles with Luke’s best friend from primary school, Liam Ross Campbell, 24, cycling in the Tour O’ The Borders event.

Elaine has already taken part in the popular Kiltwalk and between her walking and the forthcoming bike ride, they will have raised more than £3,000 for Kidney Research UK.

The family have an overwhelming desire to give back to the kidney community and create something positive for others after feeling stunned that their son became so ill with no warning.

“There’s not an awful lot else we can do other than help raise money for research to make life better for people like Luke.

“It’s a humbling statistic to realise how bad kidney disease is – 850 million people in the world suffering. We wanted to do our bit to help,” Michael said.

Since his kidney failure, Luke has switched to healthy eating and has completely cut out energy drinks as he wonders if they played a part in impairing his kidney function.

"It was a bit of a shock to suddenly be so ill, but I can’t change it, so instead, take each day as it comes and get on with it. It’s great to see dad doing the bike ride with my best mate Liam. Just wish I could be part of it!” Luke said.

Luke currently juggles working as a mechanic alongside hospital three times a week for dialysis sessions, lasting four hours a time. He was back at work as soon as he had received his first Covid vaccination.

His dad Michael said: “Luke is a determined young man so carries on as if nothing is wrong. We know the life of a donated kidney is limited so he will probably need another transplant in his lifetime.

“Like most people we had no idea about kidney transplants or dialysis. We knew nothing of kidney disease or how it can impact out of the blue. We have had to learn fast. Research is key to make life better for people like Luke.”

A spokesman for NHS 24 said: "NHS 24 would really welcome the opportunity to discuss the care Luke received when he called our 111 service. We would also like to wish Luke’s family and friends all the best with their fund raising efforts."