Marc is spreading awareness of kidney disease one sparkle at a time!

A 21-year-old aspiring blogger is passionate to support others with kidney disease through his light-hearted look at life mixed with a large dose of sparkle.

Marc Anderson, of Fife, has become an ambassador for Kidney Research UK after discovering by chance he was ill while messing about with his gran’s blood pressure kit.

Having struggled with his health, including panic attacks, before a life-saving kidney transplant from his mum Julie, he is on board to help others through his social media pages, ‘Sparkle Life Fife’. 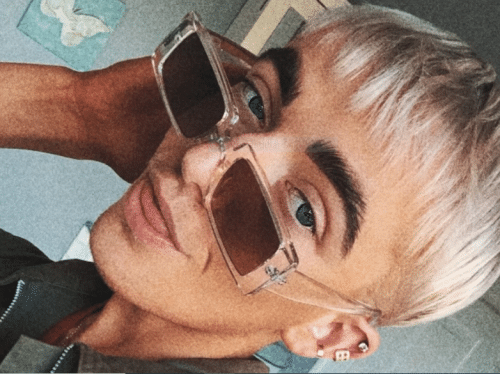 Mum helped me get my smile back

“Mum’s kidney transformed me from feeling broken to getting my smile back. I’m forever thankful to her. We nicknamed her kidney  Little Bean.

“My hope is to make a change, raise awareness and help others in my own way. Let’s beat this and do it with some sparkle!

“Friends knew I’d lost my sparkle while I was poorly but it’s back and I want to use it as an ambassador to help others going through kidney disease.”

Marc, who works in retail at St Andrew’s University in St Andrews, was 15 when concerns were first raised about his health.

His dad Stuart had gone into hospital for major surgery and while visiting, nurses could see Marc and his younger brother Patrick were concerned, so to reassure the boys, they gave them some health checks.

“The nurses put the heart rate monitor on our fingers and took our blood pressure, but they couldn’t get a reading for me. It was really strange,” Marc said.

Two months later, he was visiting his Gran, Roz, who he sees as his best friend, who suffers with high blood pressure. Intrigued, he decided to try her blood pressure kit for himself.

“The reading was off the scale. It was so high it was frightening. Gran suggested I try again as it seemed so weird. She then mentioned it to Mum, but tried to keep it casual to not panic us.”

Marc’s mum consulted work colleagues, who advised they seek medical help and it went from a suggestion of something wrong, to being admitted to Ninewells Hospital in Dundee for five days.

Marc had suffered from headaches and migraines since he was a young child, but he was so used to them he never questioned it.

“They got worse as I got older, but assumed it was exam stress.”

While in hospital he was given multiple tests, but there was no talk of kidney disease and no diagnosis.

Reflecting today, he wonders if a prescribed growth hormone, taken from the age of 12, due to being short for his age, was involved, as one of the side effects is high blood pressure.

However, doctors stabilised his blood pressure with medication and for the next couple of years Marc mostly felt fine.

By the age of 17 things started to go wrong. “There was talk about kidney function and each time I went for tests it was lower. I had two biopsies at Glasgow, then Dundee.

“I got in a bit of a tizz, over-thinking about transplants. It seemed such a big thing. I was still so young and was scared for my future, I always worried I wouldn’t be able to achieve things that I had always dreamed about.”

With his kidney function failing and feeling nauseous constantly, Marc admits he didn’t cope well. “I kept thinking, why me? Certain smells made me feel sick. I was off my food. I felt ill.”

By the age of 19 he was on dialysis three times a week and while the nurses were amazing at lifting everyone’s spirits, Marc found the whole experience upsetting. 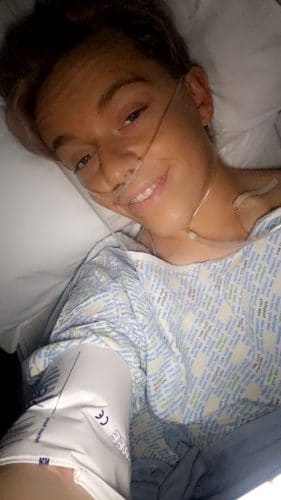 “All of us were relying on machines to stay alive which made me feel sad. Also, dialysis was shocking for me. I’d go in smiling and come out crying, it made me feel so rough.”

Marc’s dad Stuart offered to be a donor but was gutted when tests revealed he was not compatible. Mum Julie went next.

“She was a perfect match. It was such a relief. It meant my dialysis days only lasted for two months. I’ve no idea how people do it long-term.”

The day before surgery, in May 2019, Marc suffered multiple panic attacks and became upset and angry, but the next day he was back to his usual self, cracking jokes and laughing, and felt confident as they wheeled him to theatre.

Since coming out of surgery every step has been upwards and he has not looked back.

“I’ve so much more energy and the brain fog has gone. The contrast is massive.

“I lead a much healthier life now, including going vegetarian. Plant-based foods are much better for kidney patients.

“Nobody expects these things to happen, but when they do, I’ve learnt to get stronger and have no regrets, I never regret anything that I do, I’m a wee crazy, loud, individual that likes to make people smile.”

Meantime, he wants to raise awareness of how common kidney disease is and feels excited to get stuck into his new role for the charity.

“I’m proof it can strike anyone at any time. I want to give something back for all the care I’ve had and for the transplant from Mum.

“Research is so important for the future! Let’s spread some sparkle and awareness at the same time and create something magical.”