Game on for kidney research!

A Liverpool gamer is inviting people to join him for an online 12-hour multiplayer battle to raise money for Kidney Research UK.

Kyle Porter is an avid gaming live-streamer and will be hosting his marathon charity event on the popular channel, Twitch, on February 17 from 11am to 11pm.

His gaming extravaganza will include freebies and give-aways thanks to sponsorship by Steel eSports, a group of competitive gamers and streamers, based in the UK.

Kyle, 21, was diagnosed with chronic kidney disease as a baby and grew up on the side lines of sport, unable to take part, but now he can enjoy being competitive thanks to interactive gaming channels which are hitting the world by storm.

“Growing up I hoped there would be a cure for kidney disease by now,” Kyle said.

“Sadly, I realise that dream is nowhere close. Which is why I want to do my bit to help raise money for research to give me and others hope of a better future. 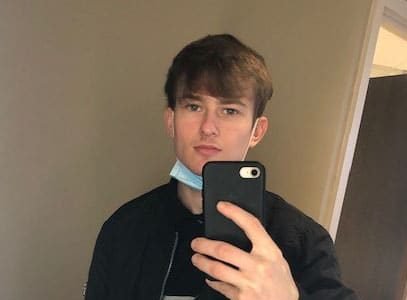 “Also, I hoped a gaming event would be of interest to younger kidney patients.

“I know my kidneys are going to fail at some point, it is just a question of when.”

A delivery warehouse operative, Kyle was diagnosed with kidney disease when he was just six months old, and said that growing up was tough, because he was in and out of hospital for most of his young life.

“As a little kid I always seemed to be ill. Luckily, my kidneys have stabilised as I’ve got older so I’m not in hospital so much.”

With his kidney function at around 33 per cent Kyle feels lucky that he hasn’t yet needed dialysis.

“When you’re a young person with kidney disease, it is tough growing up as you can’t do the stuff other kids take for granted,” Kyle said.

“You have to be careful about the foods you eat and drink loads of fluids. We are advised against contact sports and not to play football in case kidneys are injured from a football firing into the stomach by mistake.

“It was tough for me to watch from the side lines.”

Friends can party but I must be careful

Now Kyle is older it is tough in different ways.

“Everyone my age is out partying and drinking, but I can’t even have one drink else I’m in terrible pain the next day, so it isn’t worth it.

“I’m always the last one out on a night and the first home.”

Kyle’s gaming handle is Vapourii, and his favourite games are the shooting platforms, especially Realm Royale, which is overtaking Fortnite as the trending game for 2020/21.

The aim of the game is to fight your way through 100 other players as part of a team.

Those who want to join his live stream for Kidney Research UK will be asked for a small donation to help raise money for research. 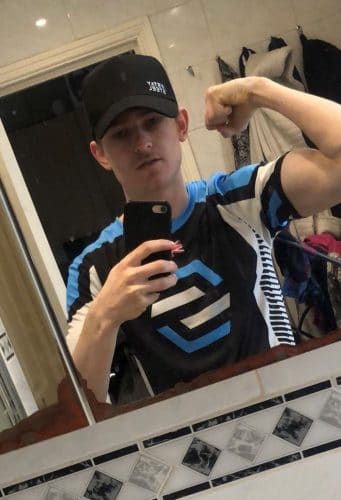 Kyle is staying strong in the face of kidney disease

Gaming links people around the world

“What I love about gaming is people can link up from anywhere at any time. Suddenly the world becomes a much smaller place.

“It’s a massive growing community among young people. If I can combine my love of gaming with raising money for a charity that’s close to my heart then it’s win,win!”

Kyle is a member of Steel eSports, who are sponsoring his event. The community-based group aims to give opportunities to grassroots gamers and pro’s alike to grow, earn and become part of something special. Find out more here: https://gamersapparel.co.uk/store/Steel.