Despite almost losing her life to polycystic kidney disease, mum of two Pauline Richold was not going to let that stop her jumping out of a plane for her favourite charity.

Sadly, Pauline was prevented from doing the jump she signed-up for with Kidney Research UK by her doctors, who felt the risks were too high.

Stepping in to jump

However, her daughter Eliza, sister Catherine and niece Laura were all happy to have a go and Pauline was there to support them.

Pauline said: “I was really disappointed to be told I couldn’t do it but Eliza is a strong person and she was happy to take my place. She said it was an amazing experience and would do it again, which has encouraged some more of my family to sign-up for it next March.”

Pauline was diagnosed with polycystic liver disease in 2002 when her abdomen became swollen and solid after the birth of her eldest daughter.

Tests revealed she was suffering from the inherited disorder which causes cysts to develop in the body's internal organs and is estimated to affect one in 100,000 people.

While most live without ever realising they have the condition, Pauline's case was so severe she had hundreds of cysts in her liver and kidneys, impairing their function.

The liver is the only organ in the body that regenerates. Pauline’s grew to compensate for the loss of normal tissue caused by the hundreds of cysts until it became huge – crushing her stomach and her internal organs and pushing her rib cage out of line. Both her kidneys were also affected and doubled in size.

By January 2017 Pauline's condition had deteriorated to the extent that she was placed on the liver transplant list.

Her transplant, from an anonymous male donor, happened in July 2017.

In March 2018 she received a kidney donated by her sister Jacki Moore, 57, who was a perfect match and she didn't have the condition.

Pauline said: “Just before my liver transplant my consultant Mr Thamara Perera and his wonderful team explained that this is an unusual, extreme case."

A few months after her liver transplant Jacki and PauIine were admitted together for the second operation.

Pauline said: “As a recipient you feel pretty guilty as you are putting your loved one through an operation, but I also felt incredibly lucky that I had a sister who was prepared to do this for me – the sense of debt and thanks I feel is impossible to express fully.

“It has taken time to recover and we are still fine-tuning my drugs, but I was able to go to visit universities with my daughter – something I'd never have been able to do before, and live life again.”

Kidney Research UK trustee and consultant transplant nephrologist at the QEHB Adnan Sharif added: “We need to continue supporting research to avoid people like Pauline developing kidney and liver problems in the first place. Such important work can help develop new treatments to prevent or treat this common kidney condition and this is why the work of charities like Kidney Research UK is so vital."

Eliza, Pauline, Laura and Catherine have so far raised £2,000 for Kidney Research UK.

And three more family members have applied to become one of 60 people across Britain parachuting to mark the Kidney Research UK’s 60th birthday on 6 March, 2021. If you've been inspired to take on a parachute jump and raise money to fund kidney research, find out how you can get involved. 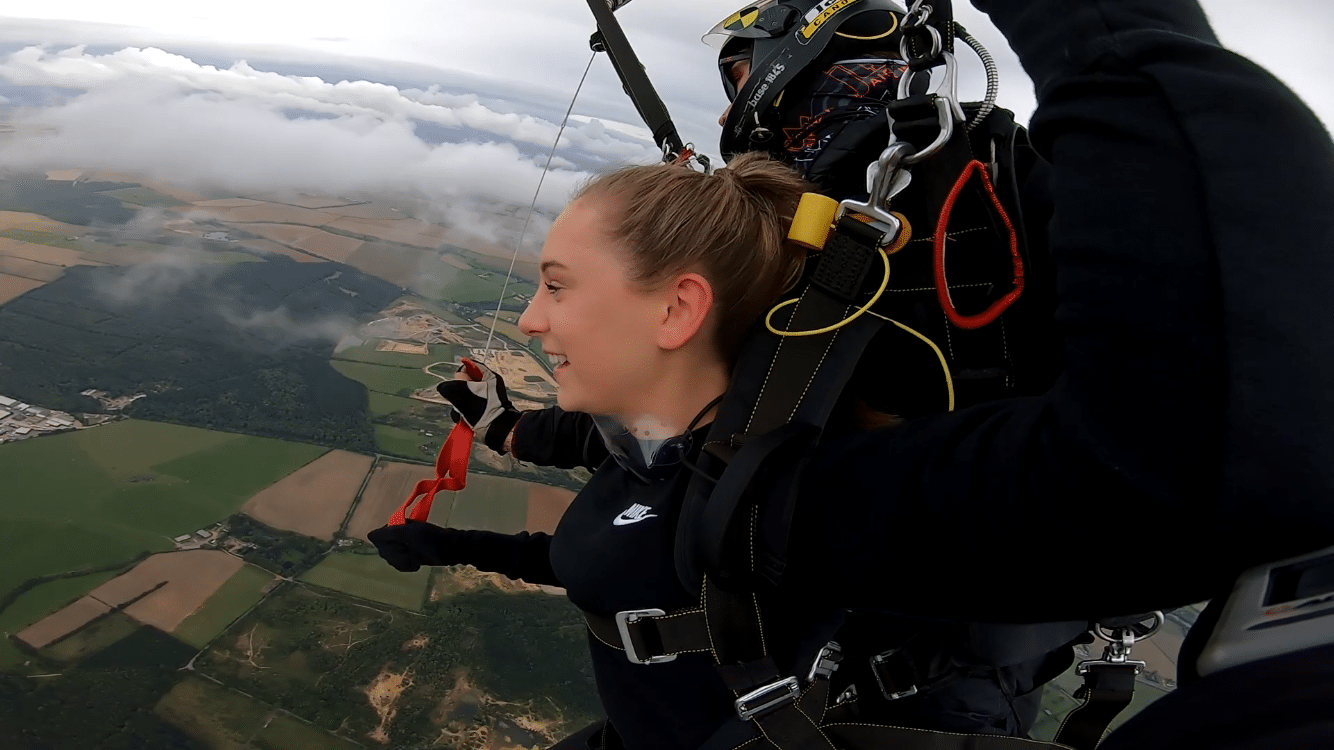