Football fan and kidney donor Tracey Thompson, from Lancashire is running a football sweepstake to raise money for the Andy Cole Fund after happy memories in the terraces watching the Manchester United striker play.

“This is possibly the easiest way anyone can raise funds for an amazing charity,” said Tracey, who is urging others to download the free Sky Sports Super 6 app to raise funds.

“You don’t even need to know anything about football,” Tracey added. “My mum doesn’t and she is currently in the lead!”

Tracey, who donated a kidney to her mum two years ago in the shared donor scheme, set up the football sweepstake with friends at her local gym where players pay £5 each to enter.

Players predict scores of six games every week, set by Sky Sports in the app. They then build up points and at the end of the season, in May 2021, the winner receives half of the money raised. The other half goes to charity.

“The beauty of this is that anyone who plays Super 6 can join a fund-raising sweepstake like mine at any point,” said Tracey of Walsden. “It took no time to set up, cost me nothing and is a great way to raise money and have a bit of fun.”

Tracey is a passionate advocate for organ donation after watching her mum Sue become a totally different woman following a kidney transplant.

“The difference is hard to put into words. She is a different colour, plumper cheeks, has more energy, she feels so much brighter. I have a photo from Christmas Day 2017 and one from Christmas 2018 and it is like a different person.

“I am so proud of mum for pulling through this. Seeing her living this totally different life makes me feel so happy for her. It’s brilliant. The change is amazing,” added Tracey.

Her mum Sue, 65, was born with one full kidney and a tiny section of a second kidney which wasn’t picked up until she was in her 30s.

Mum only had one kidney

“Scans weren’t around like they are today. I remember growing up and mum always having infections. Essentially, she only had one kidney.

“Mum and Dad were told she would eventually need a transplant, when my mum was 59 but they kept it secret for four years as they didn’t want to worry me and my sister!“

In August 2017 Sue and her dad Buster, told the girls. After family tests, Tracey was put forward as a potential donor.

“Unfortunately, I fell at the last hurdle and wasn’t a match, so instead I offered to donate via the living donor scheme, which was a huge success.”

The Andy Cole Fund was the perfect charity fund choice because of her mum’s story and also happy memories watching the striker play at Manchester United with her dad Buster who took her to match days during her teens.

Tracey, 40, an employability coach for young people with learning disabilities, is running her Super 6 fund raiser at Physique Gym in Walsden, near Hebden Bridge in Lancashire. 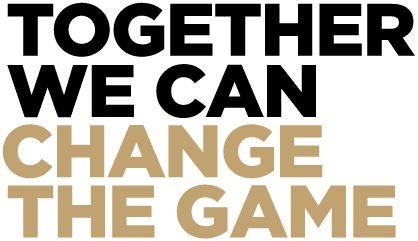