Young family fighting to improve prospects for other babies

A bubbly baby who will need a life-saving kidney transplant once he is old enough, became one of our youngest fund raisers by doing 26 high fives as part of the national 2.6 challenge.

Little Roman Harding, (nine months), raised a massive £710 over 26 days, which was just one of a host of challenges for UK charities including people skipping for 2.6 miles, running backwards for 2.6 miles and magician Lewis Daniels (grandson of Paul Daniels) performing 26 magic tricks. 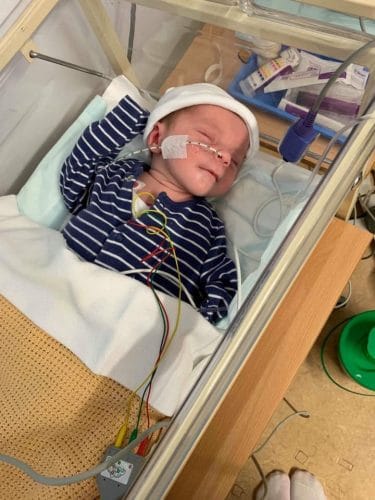 His mum Carrie, 24, and her partner Lee Newell, 23, are delighted with this fundraising total and say they have finally come to terms with the shock diagnosis of their son, a stage four kidney warrior, having spent most of his first five months in hospital.

However, they admit they did not cope well in the beginning.

Carrie, a nursery manager, said: “It was one the scariest moment of our lives when we were told he had kidney disease.

“We had no idea if he would survive. We thought kidney disease was something suffered by older people, it was terrifying.

“It is only with hindsight I look at my pregnancy scans and see the hydronephrosis - swollen bladder and kidneys - I’d enjoyed a healthy pregnancy so we had no idea anything was wrong. Had we been prepared it would have certainly helped.

Within days of being born, Roman’s kidneys swelled so much that his left kidney collapsed. Doctors at Burton stabilised him and he was transferred to Birmingham Children’s Hospital.

"He had surgery as they thought it was a valve blocking the urine, but they didn’t find the valves they expected, he had to have further tests on his nerves, spine and bladder to see how much fluid needed draining.

Midwives spotted he was losing weight slightly above the average expected.

"It was really scary. It was our first baby and we had no idea what any of this meant for his long-term future.

Blood tests were carried out at lunchtime and by 10pm that day they had the diagnosis.

“We didn’t cope well at first; we were heart broken,” Carrie said. “Now, Roman is doing so well, he is bright and bubbly, so we feel a lot more relaxed about it.

“Once lockdown is over Lee and I will have the tests to see which one of us is the best match to donate a kidney and also have genetic testing to see if kidney disease is an issue for any future children we may have.”

Roman is on a lot of medication but he is so brave, even the blood tests don’t feign him because he is used to it.

Carrie has started a petition as she would like improved earlier screening, so that kidney disease is identified earlier in children, and they and their families are given the help they need.

“Support groups have helped us get to grips with it. We know how lucky we are to have Roman. He smiles and laughs all the time. We are grateful that he is still here fighting."

Carrie says she meets a lot of new parents through hospital and online support groups and they say much the same story - that they didn’t know anything was wrong during pregnancy or in the first days of birth.

“I would love to do something to help stop other parents going through what we went through. That is why we started the petition.” 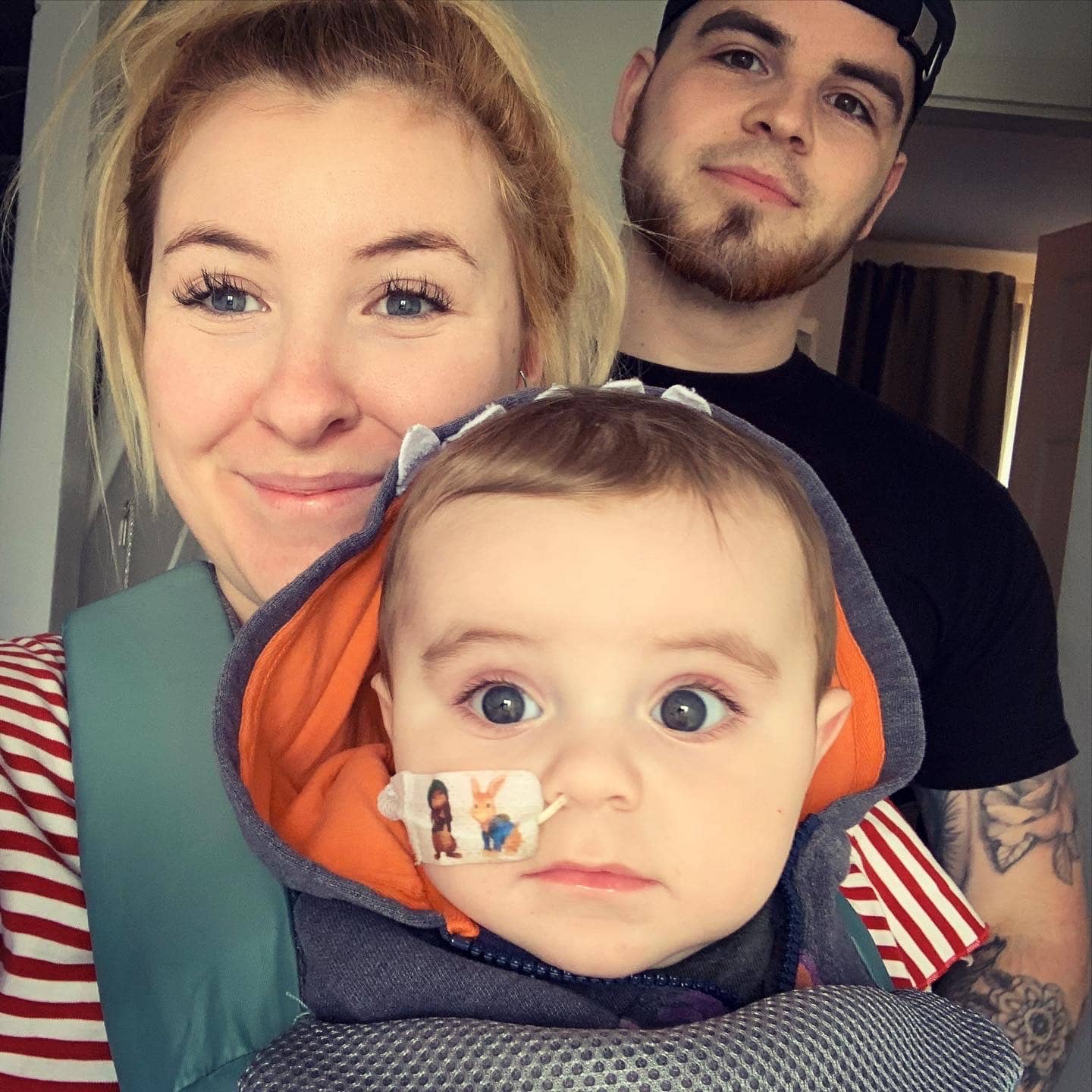 The couple are calling for improved screening, after their son was diagnosed with the condition by chance.

Carrie said: “Screening for kidney disease as standard could save the NHS a fortune and a lot of heartache for parents. The earlier it is detected, the better chance babies have of getting the correct treatment and helping stop their kidneys deteriorating still further.

“It could save babies and their parents going through the distress of dialysis while they wait for their child to grow big enough for a kidney transplant – usually around the age of two to three.”

Meanwhile, the young family have been shielding for 12 weeks and have sent a huge thank you to Pirelli, where Lee works as one of their super car tyre fitters, as they gave him 12 weeks off with full pay to make sure Roman is kept safe during the pandemic.

“We feel very grateful. We have been able to spend more time together as a family, enjoying our new baby and encouraging his development in safety in isolation at home.”

To support the couple’s petition for improved screening for babies, follow the link: https://petition.parliament.uk/petitions/300061