Speaking with a Nobel Prize winner 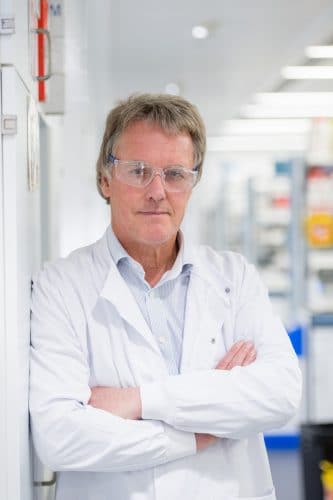 There was a flurry of excitement in the kidney world when nephrologist Professor Sir Peter Ratcliffe was announced as joint winner of the 2019 Nobel Prize for Physiology or Medicine for discovering how cells sense and adapt to oxygen availability. Sir Peter was a Kidney Research UK trustee in the 1990s, so we were delighted to speak with him since he received his prestigious award...

In demand’ was how Sir Peter was described before his big win, with huge responsibilities as both Director of the Target Discovery Institute at the University of Oxford and Director of Clinical Research at Francis Crick Institute, London. Until recently he had continued to practice as a nephrologist and general physician in the NHS. Since collecting the Nobel prize in Stockholm.

Working together with Kidney Research UK

Sir Peter became involved with Kidney Research UK in the 1990s. He applied for and received funding from the charity for two projects, including the first work he and his colleagues did on production of the hormone erythropoietin, which eventually led to his major discovery (more of that later). He also became Chair of the charity’s research grants committee and influenced the charity’s direction as a trustee.

“It was quite an exciting time,” he recalls. “The economy was quite buoyant in the 1990s so we were all ambitious that more money would come to the charity – and indeed it did. That enabled us to set up the first fellowships, usually to young people embarking on a career in kidney medicine and kidney research. It was very gratifying to be able to do that, to make some slightly larger awards too, and also to take on broader initiatives. For instance, I was involved in the UK glomerulonephritis bank which was a new initiative that ultimately provided some genetic insights into kidney disease.”

Reflecting back, Peter identifies a big challenge in science communication that was relevant then and still is today. “It is important that science explains itself,” he says. “There has been some difficulty in really getting across the message that knowledge builds on knowledge in unexpected ways. And scientists must be able to explain their research in an accessible way, both to the scientific community, and the public.

“Politicians, the public, anyone not directly involved in the research process, not unreasonably, believe that research should be strongly directed towards a specific goal,” he explains. “Of course, if you can see that goal is achievable, then that’s where that research should go. But often you can’t see the immediate connection. And yet time and time again it’s proven that a small step, a small gain in knowledge can be used by other people to build a network which ultimately helps patients, and helps transform medicine over the twentieth and twenty first century beyond all recognition. And most of those advances were not in any way foreseen when the original work started.”

Sir Peter is frustrated by the constraints of language as much as the perspectives of other people. “We lack a descriptor for what we’re doing as scientists,” he comments. “Curiosity-driven research implies a slightly casual element, which is certainly not the case. Our research is passion-led research, passion for discovery. The people who do it are totally committed to that discovery process, in the same way artists are totally committed to ballet, or music or performance arts. Good scientists are passionate about discovery and in the back of their minds they may have the idea that the discovery will have some effect on society. But often their drive forward is simply to acquire knowledge.”

The journey of Sir Peter’s own research and its subsequent success is testament to this quest for knowledge, and an example that the research path is not always a direct one. His original interest in kidney circulation was driven by his desire to find out why the kidney suffers during acute kidney injury.

“I failed to solve that problem, but it got me thinking about the very unusual blood vessel arrangement in the kidney which leaves the centre of the kidney with a very low oxygen level,” he explains. “I thought it must have something to do with the precise control of blood haemoglobin levels that the normal kidney achieves. I wanted to look into that mechanism because I thought it would be fascinating to find it out. Of course, we subsequently realised it had importance beyond the kidney and  that oxygen sensing was also the perfect drug target."

The big discovery itself took place in 2001, and it is etched in Sir Peter’s mind: “I remember to the minute my colleague burst into the office and saying ‘here’s your gene!’ Sure enough, he was right.” “It is a slightly surreal feeling now that the big accolades for the work have come some years later.”

Anyone affected by or connected to someone with kidney disease, will no doubt want to know how and when this research might help. While optimistic about the potential that lies ahead, particularly with anaemia, Sir Peter is plain speaking.

“I have to be bluntly honest. When I started this work I did not know how it would benefit patients,” he explains. “This is an unusual piece of research that has made several therapies possible – two in late-phase clinical trials and one already in the clinic. But it’s still not clear whether the one that’s in the clinic will be a blockbuster, transforming the pre-dialysis or dialysis treatment of anaemia or not. Research just doesn’t move quickly.”

For all his passion and expertise, Sir Peter has an appealing frankness, combined with a naturally modest inclination and a dislike of exaggerated claims. The Nobel Prize itself shows the significant progress his research has made. And time will tell what further difference this body of knowledge will make. 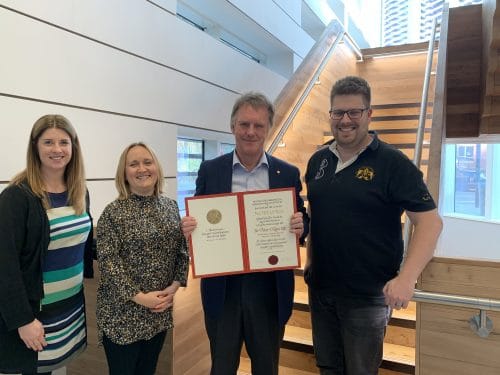 Keep it Renal podcast - An interview with Sir Peter Ratcliffe

Sir Peter won the Nobel Prize for Physiology or Medicine in 2019 for his work on Oxygen Sensing. We talk about his work with Kidney Research UK and he tells us how great things can come from passionate scientists.