From the red carpet to the renal ward 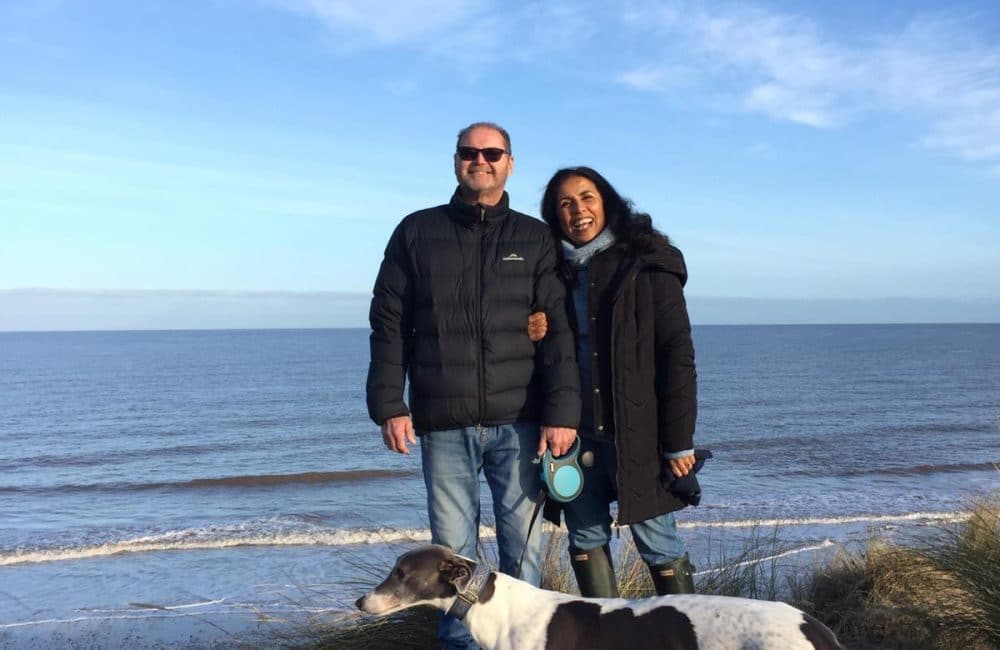 ITV correspondent and celebrity interviewer Nina Nannar has just celebrated the first anniversary of her husband Steve’s kidney transplant – his kidneyversary. She tells us about their family’s journey.

It was a year ago. I had just been on ITV News at Ten, talking to Peter Jackson, film director. My husband is from New Zealand I told him, and then ensued a long Kiwi-related chat, which also took in the kidney transplant my husband Steve had had in Auckland three decades earlier. It was just one of those chats I have with most Kiwis I meet. Steve had been born with a reflux problem, where the flow of urine in the body goes the wrong way. It’s relatively easy to detect and treat in children these days. But with Steve, back then, it was undetected. Anyway, “too much information” I had joked with the charming and gracious Mr Jackson.

It proved to be something of a prescient conversation. In the early hours of the next day as I slept in London and my family in Norfolk, my phone went. It was my bleary eyed, confused husband, telling me: “Errr, Addenbrooke’s have been on the line. They think they’ve got me a kidney.” The kidney that had been gifted to my husband as a gravely ill teenager had started dying several years ago.

We had tried to do what we could to de-stress life. I work in a high pressure newsroom, so it was going to be hugely challenging for me. But for him and our daughter, Norwich became our home. And that dying kidney seemed to stagger on, until Steve was informed that dialysis would be necessary.

He wept – he rarely does – remembering the three years he had spent in New Zealand, hooked up to a machine at home, four days a week. His beloved surfing was on hold. And he was reliant on his parents to help him. Not the teenage life he had envisaged.

Those memories became reality once more. For two years we’d get regular deliveries of the solution he had to drain into his body, at four hourly intervals. Home life was built around this regime. TV programmes halted. Car journeys punctuated with a clean place for him to hook himself up. Nights out carved into three and a half hour intervals. Tons of tablets, medicine boxes everywhere. Our diets changed. Days when he had to run from the dining table to the bathroom to vomit.

This was our normal life as I commuted between Norwich, where I had to learn nursing skills and medical know-how, and London, when I might be sitting down with Meryl Streep, or heading out to LA for the Oscars.

A life of contrasts. Until that phone call I hurried home, and even as I sat on the first train back to Norwich, the consultant at Addenbrooke’s was on the line from beside my husband’s hospital bed. Having waited this long for a kidney, two suitable organs had become available. It was down to Steve
and I to decide which to go for. I remember sobbing into the phone: “But I don’t know anything about kidneys!”, much to the bemusement of my fellow train passengers. Whichever you choose will be the right one for you, the kindly consultant told us.

In the end, Steve had his transplant. We were all too aware that only through someone’s death had my husband been gifted another kidney. This stays with us every day. Nothing is taken for granted. When he was out of hospital and feeling stronger, we attempted something that had been too bothersome and complicated before. We went out for dinner and then straight to the cinema. We didn’t go home in between to dialyse.

It could have been the worst film ever made, it wouldn’t have mattered. We couldn’t stop smiling. We got on a plane to go on holiday. Even the drab food on board tasted so good! We spent summer days up on the Norfolk coast with friends in a caravan! No need to panic about finding sterile areas.
It’s the little things that mean so much, that remind us that the mundane is special.

That each day in our family is a gift. That someone opted to carry a donor card, a decision that means my daughter has got her old Dad back.
And I have got another great story to share with Peter Jackson when I next see him! 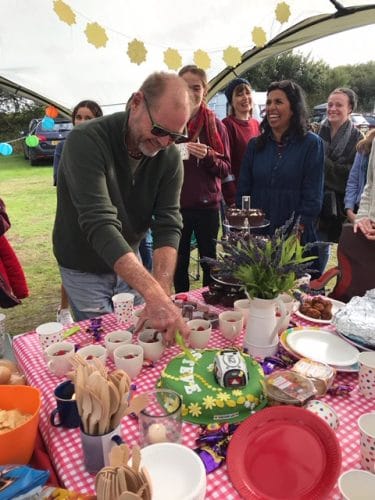