Footballing legend and Kidney Research UK ambassador Andy Cole is launching a new fund to help kidney patients across the UK, after facing the toughest battle of his life when his own kidneys failed.

The Andy Cole Fund will focus on research into improving kidney transplants and patient wellbeing.

The former England star was inspired to set up the Andy Cole Fund with Kidney Research UK, after suffering kidney failure in 2015. The 49-year-old has spent the last five years coming to terms with a ‘new normal’ and has openly shared his difficulties with our charity. He is now passionate about helping others cope with the challenges of kidney disease and transplants.

“I’ve been mentally strong enough to play football, but this is the toughest battle I’ve ever had to deal with,” said Andy, who is currently in self isolation during the coronavirus pandemic. He’s admitted that at times the journey as a patient has been very dark. “I used to visit the doctor and make out I was fit and strong because I didn’t want to admit how hard it was, yet mentally, I was dying inside,” he said.

“I don’t want anyone to end up struggling like I did. The mental battle is bigger than the physical problem. Your mind is the most powerful thing in the world.”

Mental health and wellbeing is an under-researched area in kidney disease and this is one core focus of the Andy Cole Fund, which aims to raise at least £0.5m over the next three years.

Chief executive of Kidney Research UK, Sandra Currie, said: “We know that kidney failure can turn peoples’ lives upside down. It is a frightening time. Dialysis is gruelling, and life with a transplant – if you are fortunate enough to get one – is filled with uncertainty and risk. Kidney failure affects not only the patients but their families and loved ones.”

She continues: “We are so delighted that Andy is working with us to drive forward research and support to help those with kidney disease. It is inspiring that he is committed to making such a difference for other people.”

Andy, who was capped 15 times for the England squad and is the third-highest goal scorer in Premier League history with 187 goals, added: “People see me and think I’m tough. But actually, mentally, I’m like anybody else.

“I 100 per cent thought I would have the transplant and feel like the old me again. Give me a couple of months, I’ll be up and doing my thing. I’ll be running around again like a young man. Then I got the harsh reality check. It doesn’t happen. It hits you hard. That’s why research into making things better for kidney patients is so important.”

As reported in Update magazine Andy, whose professional football career spanned 20 years, fell ill after a trip overseas where he contracted a viral infection. Doctors believe this caused further damage to an underlying silent kidney problem. Back in the UK, routine tests ended with a 12-day emergency stay in hospital, where he was placed on dialysis. Then came the devastating news that he needed a transplant.

He received a kidney from his nephew in 2017, and says that although his health is vastly improved, a transplant is not the end of the story for most people.

“Transplant is not a cure,” he said. “If it works, it gives a part of your life back and keeps you ticking over. But it’s a lot tougher than everyone makes out. We don’t really talk about kidneys because nobody understands them. But when they go wrong it can be fatal.”

Transplanted kidneys only last, on average, 10 to 15 years. Kidney Research UK wants to transform transplants so a kidney transplant doesn’t have a time limit, but can last for life. The Andy Cole Fund will support this ambition.

Acceptance of the ‘new normal’ is hard

From a super-fit sportsman who enjoyed daily gym workouts, Andy must now take daily medication to stay alive and monitor every aspect of his health.

The current pandemic has highlighted how vulnerable kidney disease has made him. The drugs he needs to stay alive mean he can easily pick up any infection. For him, and for all transplant patients, coronavirus could be fatal.

Despite this, his sights are now set on making the Andy Cole Fund a success and helping other people affected by kidney disease and their families. 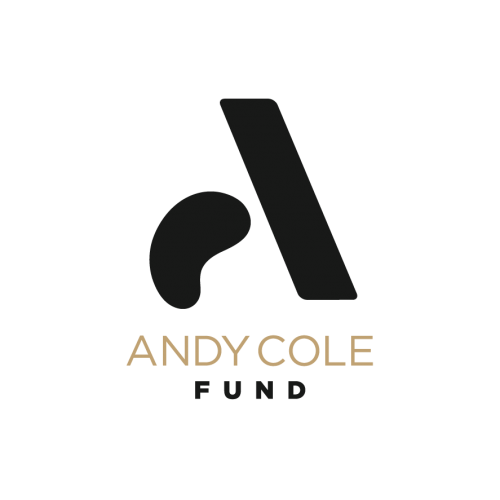 Kidney Research UK has played a key part in Andy’s journey, helping him understand more about his condition and how research can change lives. “I visited a research lab in Bristol, and the work they are doing there is phenomenal. As a result, I understand kidney disease and the medications a lot more. It was a mind-blowing experience. I really want to help push research forward,” he said.

“My goal now is to find better ways to help make life better for people living with kidney disease or a transplant. If I can help anybody else, then I’ll do just that. I’m calling on anyone who is touched by my story to support the fund and give hope to kidney patients. We need hope now more than ever.”

Will you join Andy’s team? Support the fund and find out more.

My toughest battle and how I’ve dealt with it

Step up to the challenge

How you can get involved by hosting a charity football match or regular donations. Plus, find out how you can meet the man himself