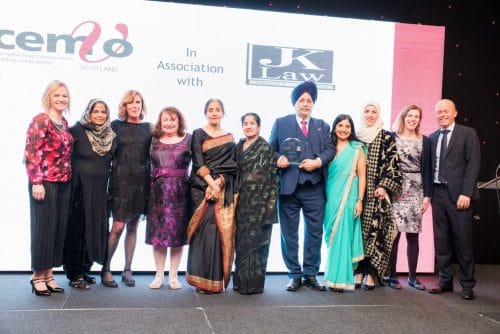 A woman who goes the extra mile to support others has been named a ‘Community Angel’.

Bushra was chosen for her crucial role among a team of people working with the  Scottish Government on encouraging organ donation in the South Asian community.

Neerja Jain, Health Equalities Programme Manager for Kidney Research UK, who nominated Bushra, said: “Bushra totally deserves this award as she goes above and beyond.

“She is really passionate and dedicated to her work with both the community and with the Scottish Government on raising awareness.”

Amina, is an award-winning organisation, recognised for its pioneering approach to addressing the issues and needs of Muslim and Black and minority ethnic women.

Among its work is an anonymous helpline providing a listening ear service for women across the UK, a hardship fund to support the most vulnerable women in Scotland and prevention work to end violence against women.