A Lincolnshire couple are celebrating their first-year anniversary since Johanne Thompson saved her husband Simon’s life by donating one of her kidneys.

The operation has been a huge success, despite the pair not being a perfect donor match, prompting awareness of the work of Kidney Research UK. 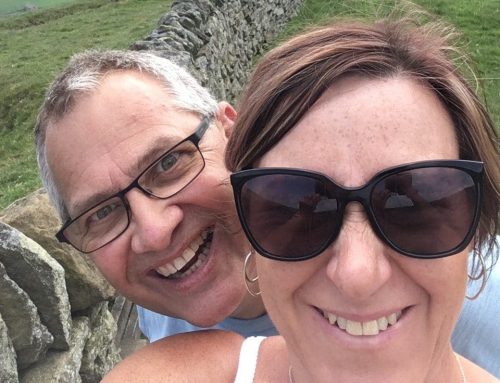 Simon, 56, said: “Ten years ago our operations would not have taken place due to the genetic match between us.

“If it wasn’t for research and developments in medication and techniques we would certainly not be in the position we are today.”

Johanne, a kitchen assistant at Castledyke Primary School, said: “To see Simon wake up after the transplant operation with a smile on his face saying ‘I feel really good’, means everything.

"To help the one person who means the world to me and to see him with such energy and a smile has been priceless."

The couple are keen to raise awareness that kidney disease is a silent killer affecting three million people a year in the UK. One million of those are not even aware they have the serious condition.

As part of their dedication, Johanne is running the Virgin Money London Marathon 2020 in October, after the original date of April was postponed due to the Coronavirus situation.

Johanne is busy training in the couple’s hometown of Barton Upon Humber and said: “It's a no brainer running for Kidney Research UK as their work is crucial for saving people's lives.”

In 1993, Simon, a process improvement manager at roof tile and brick manufacturer Wienerberger, had a bad infection three months before the couple's wedding.

However, he wasn't diagnosed until 1996 when he was told he had just 27 per cent kidney function. From then on, his kidney function and health went into a gradual decline.

Johanne said: "In 2014, we were told he was getting close to needing a donor. I was adamant I wanted to do it, but at that point Simon didn’t want me to. I kept badgering him and eventually wore him down!

"I had the blood tests and scans and found out in January 2018 that I was a reasonable match. The consultant gave us surgery dates - one of which was just three weeks away. It all seemed so sudden, but we thought, come on let's do it."

By this time, Simon's kidney function was at just 10 per cent.

"After surgery it was like a cloud over him had gone," Johanne said. "His skin, which was grey, looked healthy again and he looked well. Looking back, it was like his batteries had almost run out. The operation gave him his spark back.

"People don't realise how ill Simon was. The problem is, it becomes your new normal and people keep pushing through, battling on. It is not like a disability that can be seen or understood. Sadly, so many people are poorly with kidney disease and people just don't understand how bad it is when kidneys fail."