A finance broker who works for a Belfast car dealership locked himself in the boot of a vehicle for four hours to raise awareness of how people with kidney disease are trapped for four hours a day when they receive life-saving dialysis.

Chris O’Boyle, 33, set himself the charity challenge after his son was diagnosed with kidney disease on his first birthday.

Chris and his partner Gillian Rogan, 31, know their son Brody will need dialysis and a kidney transplant before he reaches adulthood and the pair are now passionate to raise awareness and funds for research into kidney disease treatments. 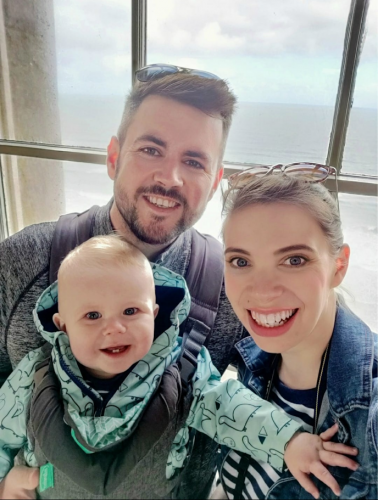 Chris said: “By the time Brody was three days old he had lost 20% of his birth weight, so we were sent back to hospital, where he stayed having tests and scans for three weeks.

“For the following weeks and months, he was always having tests and scans. We knew things weren’t right, but I don’t think we realised it was so serious.

“Then, when we got home from hosting his first birthday party, there was a letter in the post waiting for us. It was from the hospital consultant saying Brody had stage two kidney disease. We had no idea it was this bad. I think it was a shock to see it written down.

“It took a while to come to terms with it and also to accept that at some point he will need dialysis and then a transplant.”

Brody has been on medicine since he was five days old. His kidney function is at 80 per cent but one kidney is badly scarred and neither kidney is developing properly. Both kidneys show polycystic disease on his scans, and he suffers from severe kidney reflux.

The couple have to make sure Brody eats a healthy diet with no salt or sugar and they keep a close eye on fluids. His dietary regime is fully supported by the nursery that he attends (Greendale, part of the Clearday nursery group) which Chris praised for their help.

The couple also keep a close track of his temperature and check for signs of infection as both could further damage his kidneys.

Meanwhile, Chris decided to raise awareness and funds for Kidney Research UK by locking himself in the boot of a Mercedes-Benz C-class saloon car to show how people who are on dialysis spend four hours a day in hospital for up to five days a week attached to the dialysis machine – leading to a feeling of being trapped.

Others have dialysis through the night while they sleep at home which can take around 10 hours a night.

The fund-raising challenge was fully Health and Safety risk assessed by Chris’s colleagues at the Mercedes Benz dealership, Isaac Agnews, in Belfast where the challenge took place inside the showroom.

Chris’s brother, James O’Boyle, spent the four-hour stint at the side of the car in case Chris needed assistance. There was also an emergency escape route inside the car if he felt he needed it at any time. 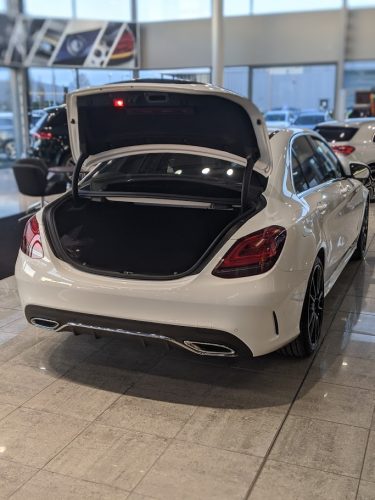