A trio of family runners in the Virgin Money London Marathon

A trio of runners from King's Lynn are taking part in the Virgin Money London Marathon to celebrate the 18th and 21st anniversaries since loved ones received life-saving kidney transplant surgery.

Stewart South, 72, donated a kidney to his younger son Joel in 1999 while his other son Oliver received a transplant from an anonymous donor in 2002.

Running with him to raise money for Kidney Research UK will be Oliver's girlfriend Hayley Smith, 36, and Joel's sister-in-law Niki Reeves, 33.

For Stewart it will be his third London Marathon to add to an impressive list of running events, including marathons in New York and Amsterdam.

It will also mark an important fundraising milestone for Stewart. In the last 20 years he has raised £20,000 for kidney research, but Stewart still wants to help the 3 million people in the UK suffering from kidney disease.

Stewart said: "In 1997 our younger son Joel was diagnosed with kidney failure and it changed all our lives forever.

"Joel was 17 when he was diagnosed following a simple blood test and, understandably, it hit him hard. As an extremely fit, sporty teenager he was mortified on hearing the news. It was a massive shock to us all," Stewart said.

Within months Joel was on dialysis.

"It all seemed to happen so quickly," Stewart said. "Over the following year Joel had many visits to hospital. And having recovered from one particularly traumatic episode Joel took the idea of a kidney transplant seriously. I offered to be a donor, which led to a series of tests for compatibility. Thankfully, I was an ideal match."

The operation took place on 4 May, 1999 and the transformation to Joel’s health was instant.

Meanwhile, older brother Oliver was monitored and unfortunately, he too, was later diagnosed with kidney failure.

"We were at a wedding, in the middle of the church service when Oliver’s mobile rang,” said Stewart. “It was the transplant coordinator saying that he had a kidney for Oliver. So, in all our finery we immediately drove to Addenbrooke’s Hospital where the transplant operation was successfully carried out later that day, 20 April 2002. As with his brother, Oliver's recovery was also very quick." 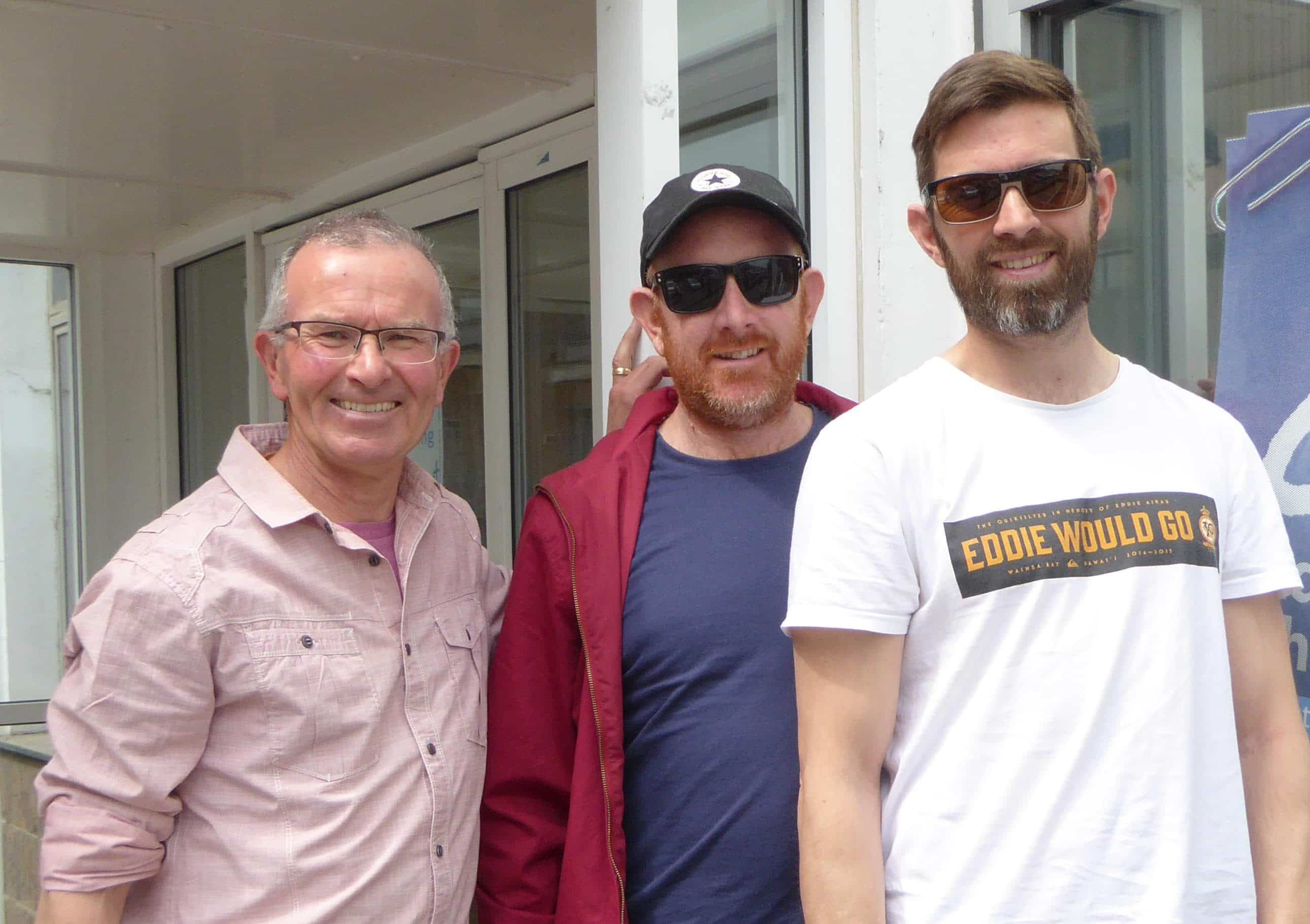 Both Joel, now 40, and Oliver, 43, have made remarkable recoveries, apart from suffering occasional side effects.

"There is some encouraging news. Kidney Research UK is funding stem cell research which means that kidney patients could, hopefully, have their own cells used to repair their own damaged kidneys. I am hoping to raise as much money as possible in marathon sponsorship to continue with this exciting project. What a huge benefit it would be if patients could have their own diseased kidneys repaired, thus avoiding dialysis and waiting anxiously for a transplant."

Hayley said: “The London Marathon is something that I have wanted to do since I was a child, watching it on TV. After many years of unsuccessfully trying to enter via the ballot I have gained a charity place on #TEAMKIDNEY, running and raising money for Kidney Research UK. After seeing Stewart do various events to raise money, I am now doing my bit to support such a great charity, ensuring research continues to help support Oliver, Joel and the many others affected by kidney disease.”

Niki said: “Running the London Marathon has always been on my ‘list of things to do’, and last year I was successful in securing a ballot place. However, I suffered an injury during training and had to defer. I’m now feeling fit and healthy and I’m really excited about running it this year alongside Hayley and Stewart. There was never a question of which charity I would run for. I have seen the effects kidney disease has had on my brother-in-law Joel and on Oliver and I am proud to be raising awareness and money for #TEAMKIDNEY.”