Colin, along with his wife Gill, and friends Richard and Chris, have been running the Nottinghamshire Kidney Unit Appeal fundraising group for over a decade now, raising vital funds for both Kidney Research UK and the renal units at two local hospitals.

We are so amazed with the dedication and loyalty Colin and the group have shown to their fundraising and us as a charity over the years. However, they need support. After 16 years, Colin and Gill have decided that they will step back from being so involved in the group, so they need new faces and ideas to keep it going. Colin said, ‘it would be such a shame for such a great idea to end. None of us are experts at anything in particular, but enthusiasm and willingness to give something back is all that is needed.

What is your connection to the cause?

Gill and Colin at Golf Day

Colin and Gill: Our second daughter was born in 1978. At the age of seven, she was referred to a pediatrician where we were told that she had developed a chronic renal disorder and that the long-term prognosis was not good.

Over the next 13 years she had regular check-ups and followed the advice from her excellent dietician which delayed the onset of end-stage renal failure, until she was 20. During her final year, she finally ended up on peritoneal dialysis and was added to the transplant list. 18 months later, the call came to say that a donor kidney was available. This was a surreal moment. A transplant is not a cure, more accurately a “holiday from dialysis”, but it has allowed her to get married and establish a successful career in medical research.

Richard and Chris: Chris was diagnosed with kidney failure in 2003. It turned out that one of her kidneys had been shriveled from birth. She managed the gradual deterioration until she needed a transplant. Richard courageously put himself forward as a match and went through several tests. In December 2011, Richard had a call from the transplant coordinator telling him he was a match and the transplant could go ahead. That's when it hit them, it was major surgery for both them, at exactly the same time.

The recovery, with the daily monitoring of Chris' new kidney was very challenging and emotional. It required a lot of help and support to see it through. We became aware of the group early in Chris' treatment and she instigated our going to a meeting in Nottingham, where we met Gill and Colin. The rest is history. 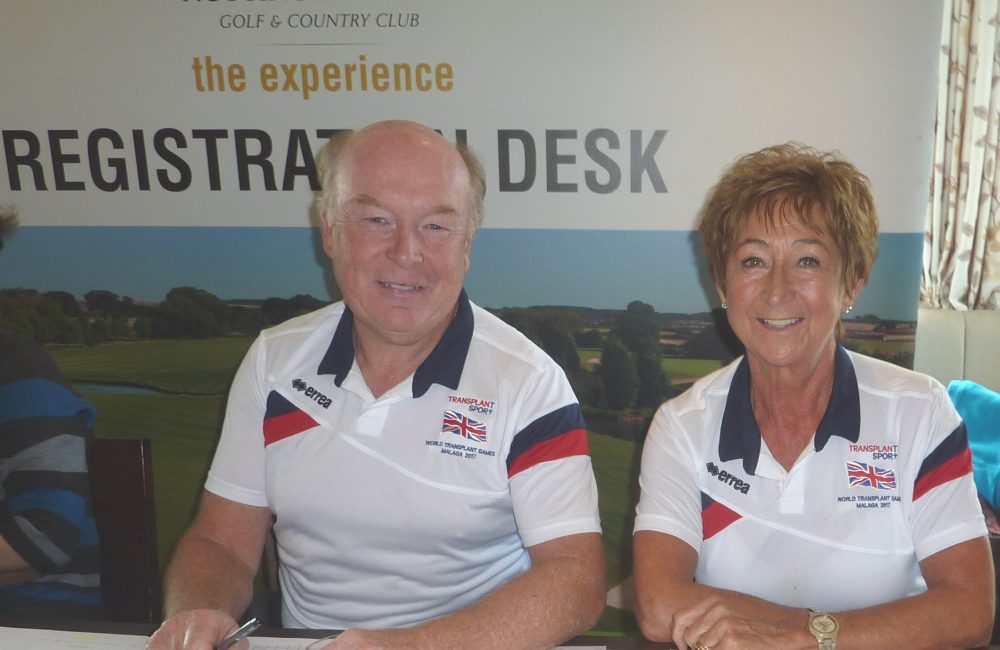 Can you tell us a bit about the fundraising group itself and how you became involved?

Gill had volunteered to carry out door-to-door collecting for Kidney Research UK, and as a result in 2002 was invited to attend the launch of the Nottinghamshire Kidney Units’ Appeal with politicians, councilors and the Mayor. Her invitation turned out to be an admin error, but she stayed on the group.

People began to leave the group until October 2003 when the group consisted of around 10 when Gill became Acting Chair. Colin joined as a volunteer at the start of 2004.

In 2005 Chris joined the group, having heard about us at a renal outpatient’s clinic and her husband Richard (who donated one of his kidneys to her) eventually became involved, and has been Chair since 2013. Another renal clinic patient Tiffany (who received a transplant in 2016) makes up the current group of only five people.

What are your biggest successes to date as a group?

You can track our journey to date on our dedicated website (www.nkuaweb.org.uk) but to date we have raised over £330,000 for the appeal, 50 per cent going to Kidney Research UK funded research and the other 50% per cent towards to two renal units at the hospitals.

We have been involved in

With so few members today, we are focusing all our energy into the annual charity golf day, now in its thirteenth year. Through these golf days we have raised just under £55,000.

The group have also raised over £37,000 through 20p tubes, an initiative that Gill set up, providing individuals with plastic tubes to collect 20ps in and return to the group.

Our appeals have also provided our hospitals with much needed specialist equipment, but our proudest moment was handing over a cheque for £20,000 to replace the aged dialysis chairs at Nottingham City Hospital in March 2017.

Is there anything else you want to add about the group?

We are not special people. Anyone can do what we have done. You can surprise yourself.  You just need to stay focused. You don’t have to give up all your time, but a modest commitment adds up to help. New faces bring new ideas.

Not everybody feels the need to put something back. Somehow, we did. Over the years the ball has kept rolling and mainly due to the chemistry that the group generates. We self-motivate and keep talking and seeking inspiration for the next thing.

Looking back, it has been very rewarding and something to be proud of.

If you are interested in getting involved with the group, please contact our Community and Events Fundraiser, on [email protected]