Treating Joubert syndrome – paving the way for a personalised approach

Years of research have uncovered a gene that directly changes the severity of Joubert syndrome – a rare condition affecting the brain and often the kidney.

What is Joubert syndrome?

Joubert syndrome affects around one in 80,000 newborn babies. A faulty gene means that the brain doesn’t develop properly. This can also often cause the kidneys to fail before the child reaches their third birthday.

Experts around the globe are still working tirelessly to understand genetic diseases, but it is often complex as several genes can be involved in a single process.

Understanding rare diseases such as Joubert syndrome is particularly challenging as researchers struggle to find patients to take part in bigger gene studies. Professor Sayer, a consultant nephrologist at The Newcastle upon Tyne Hospitals NHS Foundation Trust said: “The treatment of genetic kidney disease is challenging, as it requires both the correction of the gene defect and then the delivery of the treatment”.

Research Kidney Research UK has helped to fund, which has focused primarily on mouse models, has made a major breakthrough. For the first time, it explains why disease progresses differently in different people with Joubert syndrome.

Scientists mixed the genes of different mice to mirror the faulty genes they find in patients. In this new mouse model, they identified a gene called BSND, also known as Barttin, which determines kidney disease severity in patients with Joubert syndrome. It had previously been assumed that genes which modify disease severity existed, but until now, they had never been found.

When the researchers looked at human DNA samples from a variety of Joubert syndrome patients, they discovered the same gene seen in the mouse model is present and acting in the same way.

What does this mean?

Beyond dialysis and transplantation, there is no treatment available for Joubert syndrome. Professor Sayer says the work is “a major step forward and, in the future, we may be able to offer a therapy that switches on the gene and reduces the development of genetic kidney disease”.

This discovery will mean that doctors could personalise a patient’s treatment based on their genetic makeup to prevent future children going through the pain of dialysis and a transplant. 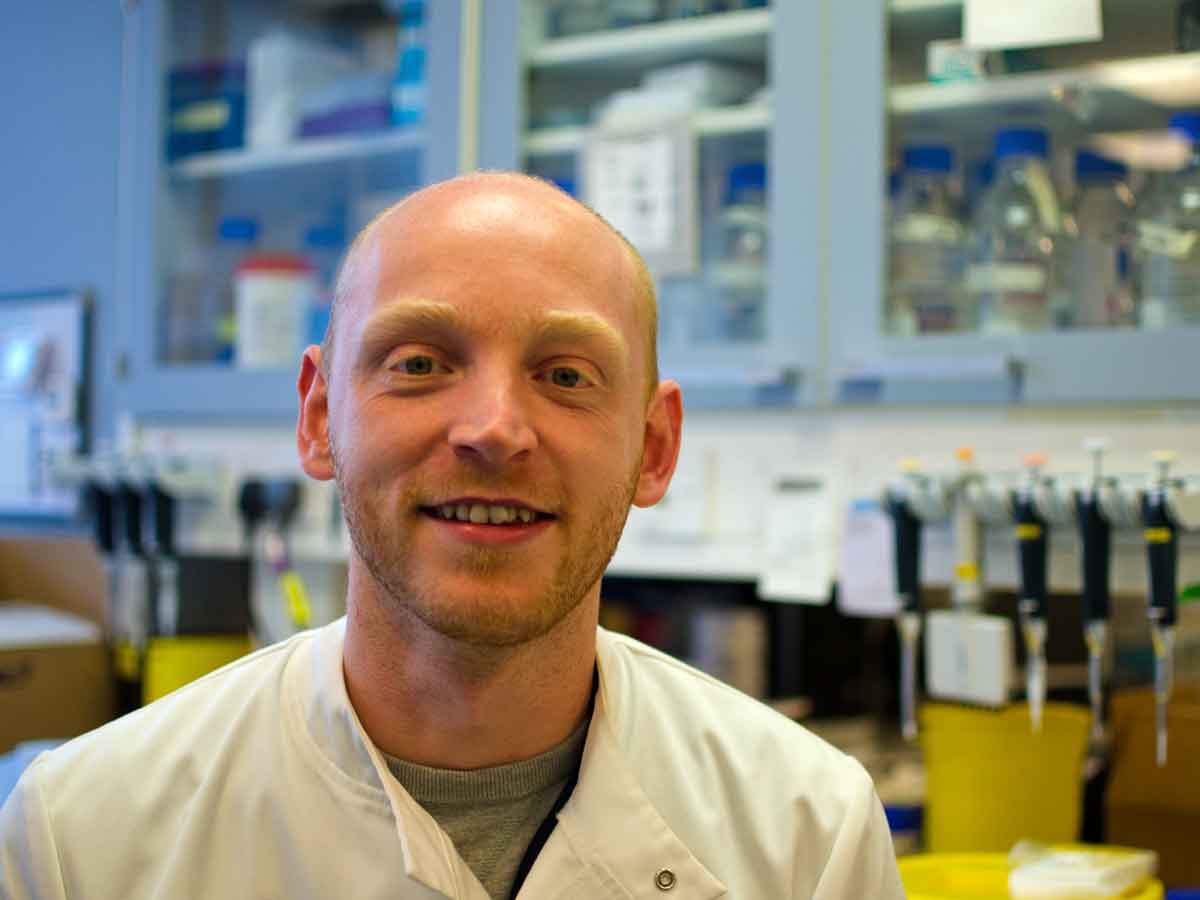 Within the next three years, research will start to test the treatment of patients who carry these so-called ‘disease modifier genes’ with the intention of developing treatment plans that are personalised for patients.

Dr Simon Ramsbottom says, “A better understanding of the way genetic diseases can affect individual patients not only allows us to provide personalised treatments in the future, but also opens up new possibilities to develop more effective therapies.”

With your help, we can continue to fund life-saving research.