More people from minority ethnic groups are giving the gift of life through organ donation and receiving lifesaving transplants than ever before, but too many donation opportunities are being missed because families are not discussing the subject and making their decisions clear.

New figures from NHS Blood and Transplant reveal that 121 people from these ethnic backgrounds donated their organs after they died last year, the highest number to date. This figure has increased by 51 per cent in the last five years. 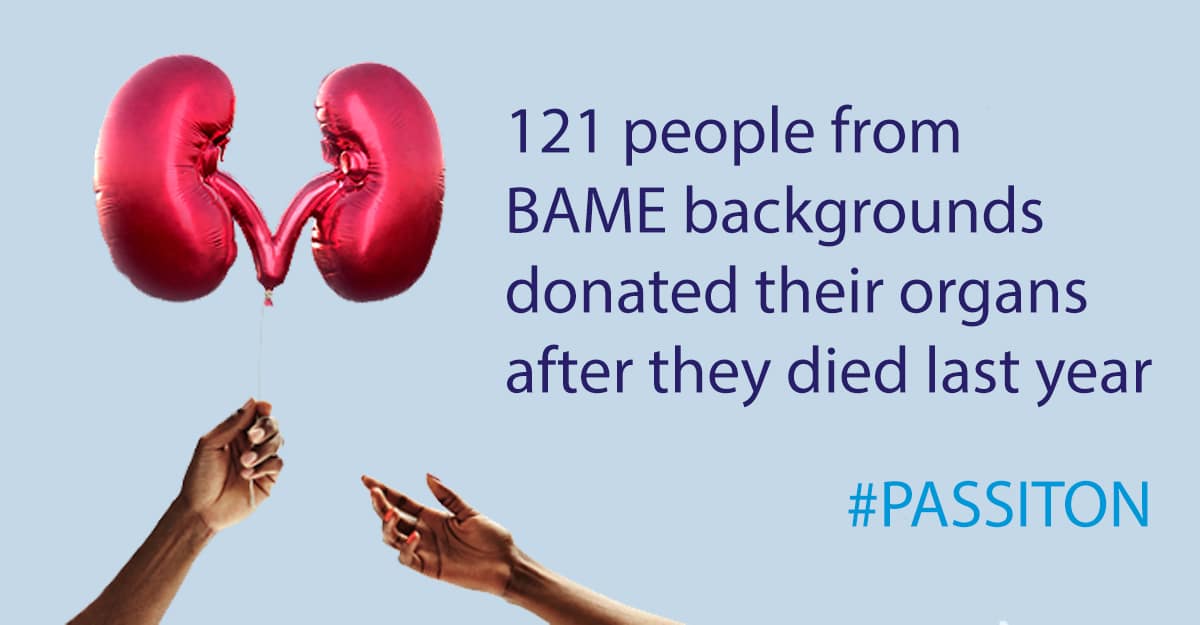 And 969 patients from minority ethnic groups received an organ from a deceased donor last year, accounting for a quarter of all deceased donor transplants.

But there is still a stark imbalance between the numbers of black, Asian and minority ethnic donors and those patients in need of a lifesaving transplant. People from these communities represented eight per cent of all deceased donors last year compared with 31 per cent of those on the transplant waiting list.

Although consent rates have risen, with 42 per cent saying yes to organ donation when asked in hospitals, still only around half as many minority ethnic group families support donation compared with families from a white background.

Not knowing if their relative wanted to be an organ donor is one of the most common reasons for refusal, leading to 130 minority ethnic group families to say no to donation over the last five years.

The figures are revealed in NHS Blood and Transplant’s annual report into organ donation and transplantation in minority ethnic groups for 2018/2019.

Millie Banerjee, Chairman of NHS Blood and Transplant, said: “For every person from a black, Asian and minority ethnic background who gave the gift of an organ last year, there were 15 in need of a transplant to save or drastically improve their lives. Tragically, many will die waiting.

“We know that families who haven’t discussed organ donation often decide it’s safer to say no when faced with the possibility of donating a relative’s organs. Not having the conversation means opportunities for lifesaving transplants are being lost.”

Another reason commonly given by minority ethnic group families for declining to donate a relative’s organs is the belief it is against their religion or culture.

However, all the major religions support organ donation and transplantation in principle, and a great deal of work is being done within faith communities to break down the myths and perceived barriers to donation, including through Kidney Research UK's peer educators.

Visit NHS Organ Donor Register at and share your decision with your family.