Oliver Cahill, owner of Opus Property Maintenance in Huddersfield, spent years battling with kidney disease. Now, with much improved health and running a successful business, he has turned his passion into pounds by choosing Kidney Research UK as his chosen charity.

“My kidney patient journey has been full of ups and downs and frankly some terrifying moments,” explains Oliver. “But I’m now thirteen years post-transplant and I feel blessed that I only have to take 11 tablets a day and have regular hospital check-ups.

“So, I am partnering with Kidney Research UK to fundraise and raise awareness of kidney disease.” 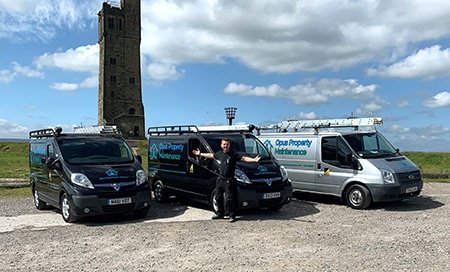 “When I was eight years old I had a 24-hour bug and about a week later my kidneys failed. I was diagnosed with stage four chronic kidney disease and placed on dialysis for the following few years. No one else in my family had kidney disease and we were totally unaware of the impact that my failing kidneys would have on my childhood.

“First it was haemodialysis; my parents had to take me to hospital three times a week and see me hooked up to a machine that was saving my life. I remember finding it very painful and I struggled to cope, so the doctors switched me to peritoneal dialysis which I had at home. Through tubes in my stomach, I was hooked up to a machine for ten hours each night. But while this machine was keeping me alive, the whole dialysis process was awful and, over a period of time, I ended up in intensive care four times. On two of those occasions my parents were advised to call in family so goodbyes could be said!

“Once my parents even got a call telling them to bring me to hospital for a transplant, but the operation was cancelled at the last minute as the donated kidney was damaged in transit.”

After that, Oliver’s mum put herself forward for living donor testing. She was found to be a match and just as they were waiting for the call to go in for surgery, they received a different call, saying that a kidney from a deceased donor had become available and was a near perfect match.

The transplant operation took place at Leeds hospital and the new kidney worked immediately. Oliver was 12 years old. Thirteen years later the kidney is still going strong. So last year Oliver decided he wanted to give something back.

“For a huge part of my life, I have received treatment, care, medication and support from doctors, nurses and the NHS. I am so grateful for that and to the leading kidney research charity, Kidney Research UK. If it wasn’t for them, many of the treatments and medications that kept me healthy may not have been available.”

Last year Opus raised over £1,300 for kidney research when they entered a team into a 10-mile Tough Mudder obstacle course.

“This year, we want to do even more, so we’ve had the ‘proudly supporting Kidney Research UK’ logo added to the back of our vans. And we have committed ourselves to do something through the business every year to help raise even more funds for research.

“I am super proud of the fact that I am now in a position where I can actively support my chosen charity through my company.

“I hope one day that will enough awareness and support for research, a cure for kidney disease will be found. Thank you Kidney Research UK.” 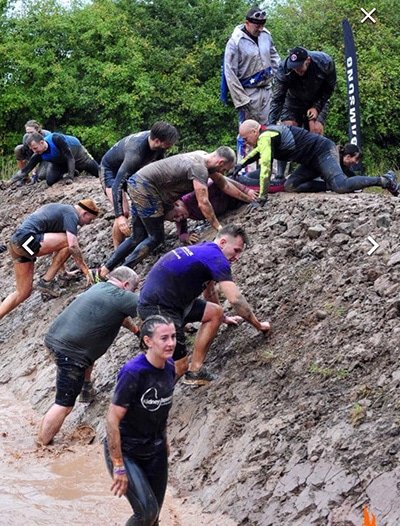 Richard Philips, corporate partnerships manager at Kidney Research UK, said: “It has been an absolute pleasure getting to know Oliver and see how the successful transplant that saved his life, has spurred him on to raising money to fund research that might save someone else’s life.

“I believe that flourishing relationships between businesses and charities are so important. Not only can the business help the charity to deliver greater impact and increased financial support, but it can also really boost positive PR for the supporting company in its operating areas.

“It’s a privilege that Opus Property Maintenance has chosen Kidney Research UK as its preferred charity and we look forward to many years of corporate partnership activity together.”

If you’d like to find out more about how your business can become a chosen charity partner, email our Corporate Partnerships Managaer at [email protected]rg.