Scores of Kidney Research UK supporters took to the streets of London on Sunday to take part in the charity’s iconic London Bridges Walk fundraising event.

More than 700 people, each with their own personal reasons for taking part, enjoyed the somewhat emotional seven mile walk of solidarity over six of the capital’s most iconic bridges.

The first walkers to complete the route were Jonathan, Natalie and Colby Waller, who walked in memory of Charlie Sutliff, who passed away aged 17 just over a year ago.

Charlie’s uncle Jonathan said: “We just wanted to do something in memory of Charlie and keep the ongoing support for my sister and her family whilst raising money for Kidney Research UK.” 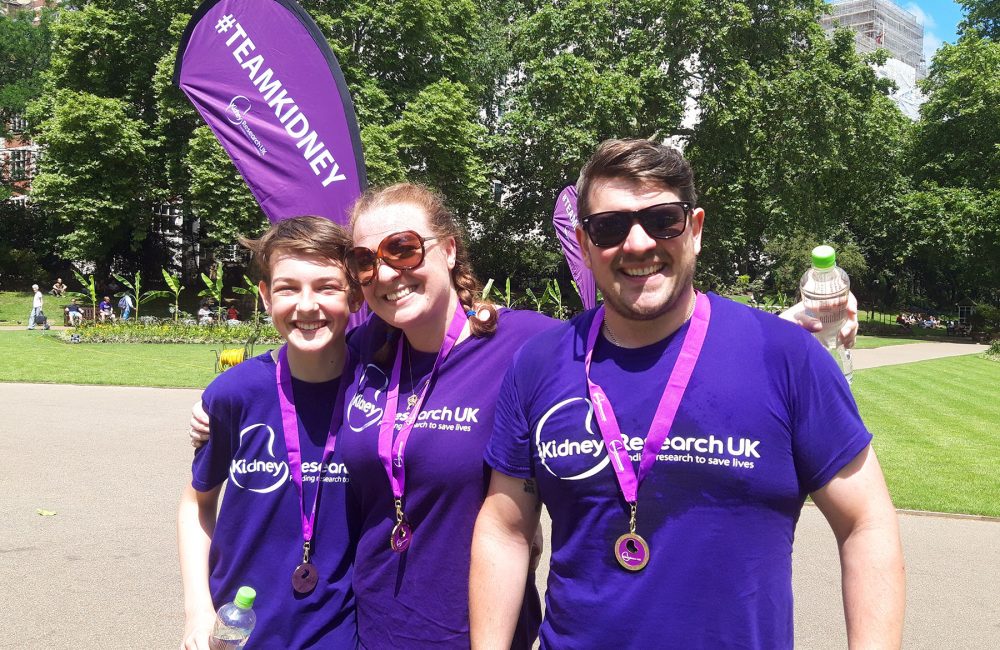 A choir of young kidney transplant patients, founded by transplant surgeon Pankaj Chandak, added to the atmosphere at the beginning and end of the route with a series of uplifting songs.

Grainne Walsh, a nurse practitioner who looks after the children at the Evelina Children’s Hospital, said: “The choir are fabulous. As well as allowing the children not to be defined by their condition, it also gives their parents a chance to meet at events like this.”

Dr Chandak added: “I had the idea for the choir a couple of years ago – I wanted to use it to give the kids a united voice and spread goodwill. All of them have been through a tough time. I’m so proud to see them perform.”

Kidney Research UK funded researcher Michelle Willicombe was also at the event to meet the people who fundraise to make her life-changing work possible.

Based at Charing Cross Hospital, nephrologist Dr Willicombe is leading a clinical trial that aims to find a treatment to prevent kidney transplants being rejected by the body.

Describing how she feels when a transplant is rejected and patients have to go back on dialysis, she said: “When there’s nothing else we can do we feel redundant as doctors. Funding from Kidney Research UK is vital.”

Theresa had her kidney removed in 1993. Then in 2015, due to an aneurysm on the artery leading to her remaining kidney she had an auto transplant at the Royal Free Hospital in London. The procedure involved her kidney being removed to enable the aneurysm to be repaired before the kidney was transplanted back again. 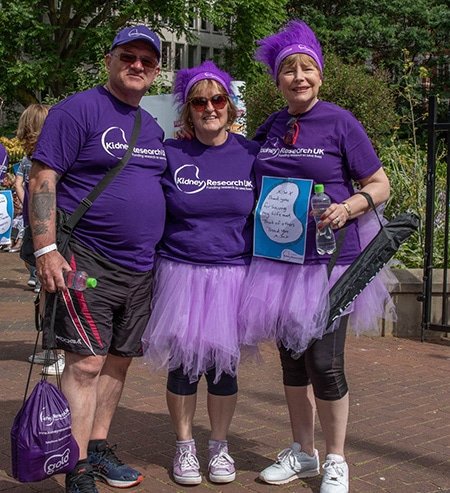 Theresa said: “I am so lucky as having an auto transplant means you don't have to have any anti-rejection drugs, which in themselves can cause problems.

“I count myself very lucky, having two of the best surgeons. Along with my brother Terry having TINU syndrome, which affects the kidneys and eyes, my youngest brother Tony is now going through rigorous tests to enable him to donate a kidney to his stepson Pete, who is in kidney failure.

“Without Kidney Research UK, none of the above would be possible, so I will be forever grateful to all involved. I will be taking part in the London Bridges walk for as many years as I can. All the sponsorship raised through this event will help fund research into preventing and ultimately finding a cure for kidney disease.” 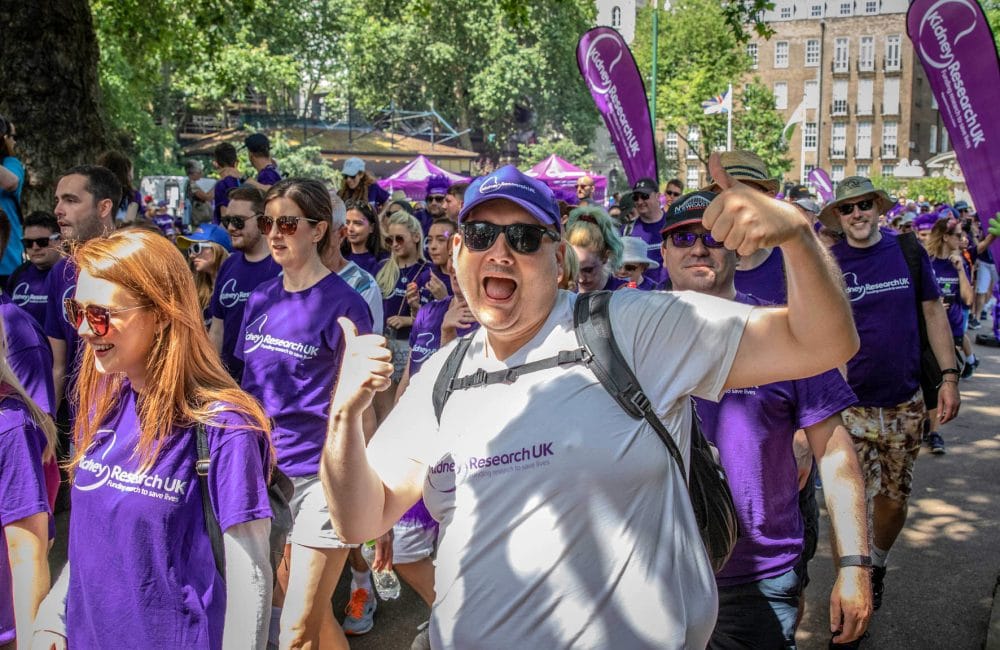 Director of fundraising and communications at Kidney Research UK, Marc Stowell said: “Our London Bridges Walk is a great event where our wonderful community comes together to raise awareness and much needed funds for research into kidney disease across the whole spectrum, from understanding causes of disease through to new treatments.

"It's inspiring to see so many people taking part once again, and the huge efforts of our brilliant volunteers. Thank you to everyone involved for helping to make the day such a success."

If you've been inspired to walk, you can register your interest in our 2020 London Bridges Walk.