Greater clarity on issues surrounding organ donation has been brought to the Muslim community, after a leading UK-based Muslim scholar has published a new fatwa (religious guidance) on the subject. This follows several years’ of work supported by NHS Blood and Transplant.

As an eminent Sunni scholar, Mufti Mohammed Zubair Butt’s announcement is likely to create considerable interest for other Islamic faith leaders. He has reviewed the current interpretations of organ donation within the Muslim community, and engaged with other UK-based scholars, Imams and Muslim organisations to introduce a fatwa from a Sunni perspective.

The fatwa supports organ donation after circulatory and neurological determination of death (provided death is irreversible) and supports subsequent use of those organs in transplant. It is also supportive of living/altruistic donation ‘provided harm to the donor is negligible or relatively minor that [sic] it does not disrupt the life of the donor’.

"This new fatwa is a very welcome step," commented Bushra Riaz, Peer Educator Coordinator for Kidney Research UK in Scotland. "The statistics show that whilst 17% of people on the transplant waiting list are of Asian origin, less than 2% of Asian people are registered as organ donors. With almost 6,000 people in the UK waiting for a kidney transplant, of those, over 1,000 are Asian.

"With legislation in England and Scotland following Wales’ example and moving towards an ‘opt out’ system for organ donation after death, the Muslim community has had a lot of questions around donation and transplantation. We have been addressing this debate through our outreach work, in partnership with bodies including the Scottish Government and Tower Hamlets Borough Council.

"We are in fact hosting an Imam’s conference on 1 July in Glasgow, at which Mufti Zubair Butt will be speaking. This will present a great opportunity for further discussion around the topic." 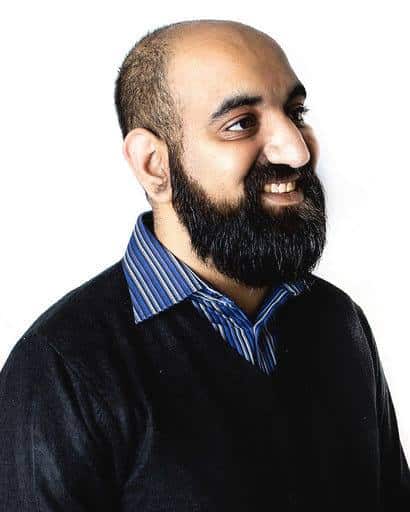 Fez Awan, age 33, has had kidney failure all his life. Now waiting for his third kidney transplant, he’s been on dialysis for the last two and half years.

He commented: "I feel this fatwa will hopefully encourage the community to discuss organ donation more openly with scholars, imams and their congregations. It will hopefully lessen the stigma of such discussion now that there is greater clarity."

For more information on organ donation and to record your decision, visit: www.organdonation.nhs.uk