A postman from Blackpool plans to raiser awareness for Kidney Research UK by swapping his familiar Royal Mail uniform for a movie accurate stormtrooper costume when he delivers mail on May 4.

He is taking on the grueling task of walking over eight kilometres dressed as a Stormtrooper in memory of stepfather, Rod Park, and hopes to raise over £1,000 for Kidney Research UK in the process. 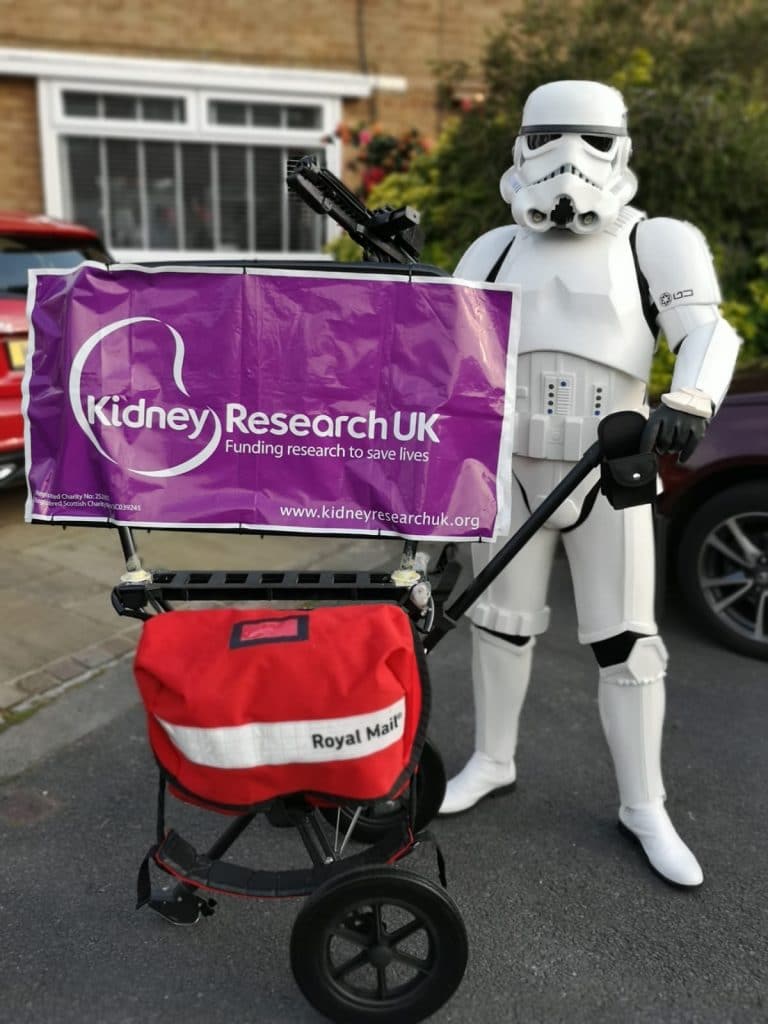 Darren had been building his costume around the time his stepfather passed away, so it felt like it was meant to be. He said: “Ever since Star Wars came out in 1977, I’ve been hooked," he explained. "I decided to go for the iconic look of a stormtrooper from the film Star Wars: Episode IV, A New Hope, as they were my favourite characters when I was a child.

“Rod had a kidney transplant 20 years ago, he had polycystic kidney disease and lost his father to the same disease at the age of 46. However, with Rod it was other health issues that took his life. Rod is sadly missed; he was a very funny man with a great sense of humour, who was caring, and loving and best of all, he made my mum happy.

“I’m doing this walk in memory of him and to raise money for Kidney Research UK.”
And he added: “I'm now part of the costume group called the UK Garrison in which we volunteer for different charity events all over the UK.”

As a member of the UK Garrison group Darren has to adhere to certain rules before setting off on his round. This includes him not being seen getting into or out of the costume, so a special van has been arranged for him to take breaks in between delivering letters.

Darren also has the backing of his employers, Royal Mail, who have offered to match his final total at the end.

Darren said: “I’m really looking forward to it. I’ve loved building the costume and becoming a UK Garrison member and I’d like to thank everyone for their support and donations so far.”

To sponsor Darren visit his Just Giving page to find out more about how you can get involved in fundraising for Kidney Research UK.