Rock and roll legend and inspirational music icon, Tina Turner surprised many last year when she revealed she was in recovery from a kidney transplant. Her story demonstrates the indiscriminate nature of kidney disease.

Details of her illness, dialysis treatment and eventual transplant, form the closing narrative to her autobiography, ‘My Love Story’.

In the final chapters of this fascinating book Tina’s health struggles, which began when she suffered a stroke, are laid bare. A kidney from her second husband Erwin Bach not only saved Tina’s life but restored her belief in humanity following an abusive 14-year marriage to Ike Turner. 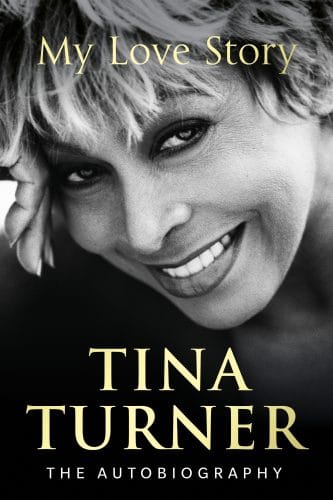 In the book we learn how it was her hospitalisation for a stroke which led to the discovery of a declining kidney function.

She candidly admits she knew very little about kidney disease, which ultimately led to her making quite poor health decisions. Tina writes: “I tried to understand my kidney’s purpose, and why it was important. Something, to be honest, I’d never thought about before.”

Tina later chose to stop taking her blood pressure medication, replacing it with homeopathy, a decision which she would later regret.

“The consequences of my ignorance ended up being a matter of life or death,” she said. “If I hadn’t discontinued the medication, if, if, if. A small decision but one that would continue to haunt me.”

Further on her description of dialysis, which she received for nine months, really gives the reader a sense of how uncomfortable and invasive the treatment can be – she jokingly refers to her haemodialysis machine as R2D2 from Star Wars.

“The most distinctive detail about the (hospital) room was the whooshing sounds of the machines. I experienced the same whooshing feeling inside too, as the fluids travelled through my body during dialysis. The sensation was so strong that it persisted hours after the treatment, the way the body sometimes feels the rhythmic pull of waves when swimming in the ocean.”

Tina goes on to write about how her husband Erwin, who she has been with for three decades, shocked her by saying that he wanted to give her one of his kidneys. “I wondered if anyone would think that Erwin’s living donation was transactional in some way,” she said.

“Incredibly, considering how long we had been together, there were still people who wanted to believe that Erwin married me for my money and fame. What else would a younger man want with an older woman? Erwin always ignored the rumours.”

The April 2017 operation was in many ways a success, with Tina performing briefly in London for the opening of a musical about her life, just six months later. “I know that my medical adventure is far from over,” she writes. “But I’m still here – we’re still here, closer than we ever imagined. I can look back and understand why my karma was the way it was. Good came out of bad. Joy came out of pain. And I have never been so completely happy as I am today.”

In the closing chapter readers are encouraged to sign the organ donor register and save lives – something we couldn’t have put better ourselves.

To buy a copy of this book you can visit the Amazon website.

Kidney Research UK does not receive any portion of the profits from Tina’s book and Tina is not affiliated with the charity.