Grief stricken by the loss of their eldest in a hit and run car crash, the victim’s parents found comfort in the fact their daughter’s organs saved the lives of six other people.

Their decision not only gave life to six desperate patients, it resulted in Kathy and Ken Huggins building a lasting friendship with a family who, 31 years later, remain closer than ever.

Lesley Ann’s life was cruelly snatched away in 1987, two weeks before Christmas, outside Chelmsford hospital. 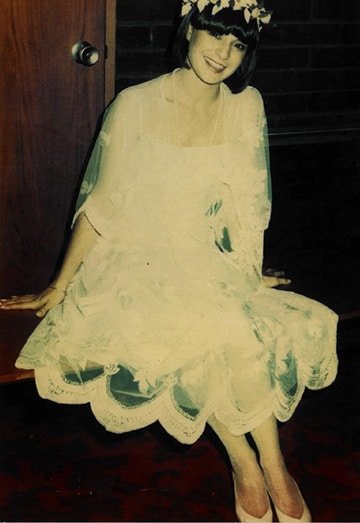 She had been to the maternity ward to visit her younger sister Alison, who had just given birth to her first baby.

Two days later, Kathy and Ken, were forced to make the heartbreaking decision to turn their daughter’s life support machine off, as nothing more could be done to save her.

Kathy said: “We sat for hours holding her hand and telling her we loved her. The doctor asked us if we would like to donate her organs to help other people. After the priest came and blessed her, we said yes. For us it made her life worthwhile, she was only 27.”

Kathy spent the next few years desperately trying to reach the people who had received one of her daughter’s organs, but to no avail.

Then one day Kathy received a phone call from the man who had been given one of Lesley Ann’s kidneys.

Kathy said: “We were so pleased when Desmond, who had received one of Lesley Ann’s kidneys rang to say he would meet us. The day Ken and I met them was such a wonderful day. His family made us feel so welcome and sitting next to Desmond, holding his hand and knowing Lesley was still living inside him, made me feel so happy.”

Desmond Jones and his wife Lynette Headley-Jones welcomed Kathy and Ken into their family with open arms. 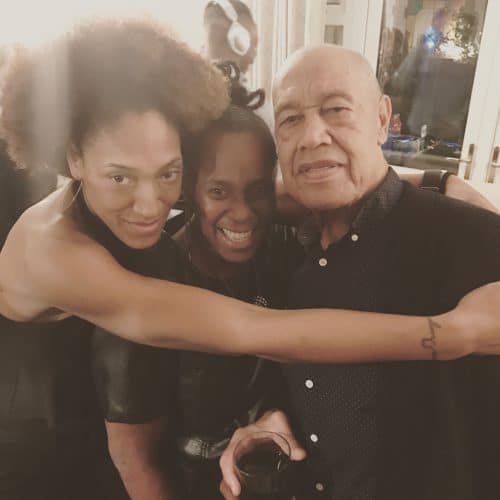 Their decision had not only given their beloved Dessie life, but freedom from the shackles of dialysis to enable him to pursue his passion for travel.

Dessie’s youngest daughter Sabrina said: “My dad was the embodiment of what’s possible after a kidney transplant. My parents traveled extensively all over the world. They met and made friends with his donor family and gave them comfort that they had done the right thing donating Lesley Ann’s organs. They were so brave and we are grateful to them every day for that gift.”

On September 12 last year Dessie sadly passed away, 30 years after receiving his transplant.

Kathy and Alison attended the funeral as Ken also sadly died in May of the same year.

Kathy, who was asked to speak at the funeral, said: “We were so pleased and proud Dessie got 30 happy years with his family. I have never seen so many people at a funeral, there must have been more than 150. He was such a special man and I was so pleased to have been able to meet him and his family.”

Sabrina added: “Kathy and Ken’s daughter continued to live within my father and I was happy to tell them after 30 years, that she continued to give him life, as he didn't die from any kidney related issues.

“My mum Lynette always said that she knew that it was a woman's kidney he received because he was so good and gentle, it's probably not scientific but that kidney and my dad were meant to be, after all he waited 14 years. Every year since we’ve met Kathy and Ken we have sent them flowers reminding them that we never forgot. Despite my loss, and theirs, this year was no different because I will never forget. “Due to their forward thinking and kindness we were able to have 30 wonderful years with him.”

Desmond was an avid supporter of Kidney Research UK, he and his family raised hundreds of pounds on his 60th and his 65th birthdays and a collection at his funeral raised over £500.

The work of Kidney Research UK is wholly reliant on the donations from people such as Desmond.

If you’d like to get involved, visit our fundraising pages and find out more.