Facilitated by Kidney Research UK, the Proactive IV irOn Therapy in haemodiALysis patients (PIVOTAL) trial showed a higher dose of intravenous iron does not increase the risk of death, heart failure or infections. 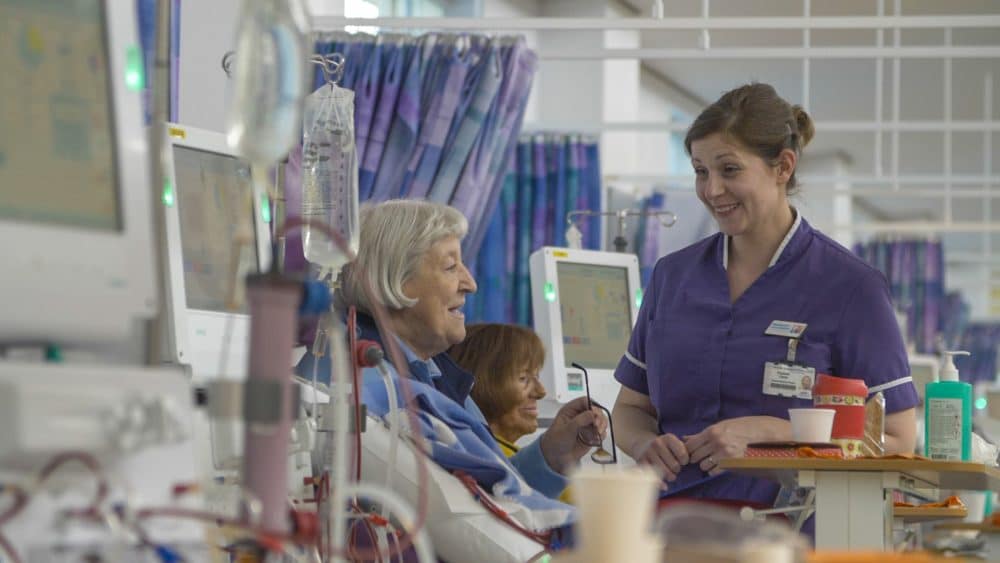 Until now the amount of iron which could safely be given was largely based on anecdotal evidence, leading to patients being given less iron and more EPO (the hormone that stimulates the body to produce red blood cells).

PIVOTAL’s results will give healthcare professionals, for the first time, clear guidance on best practice.

Steering committee member for PIVOTAL, Professor David Wheeler, said: “I was surprised by the results because I thought that the higher doses of iron could be more harmful. PIVOTAL shows that using higher iron doses is not associated with an increased risk when compared to using lower doses.

“Clinicians use both EPO and iron to treat anaemia in haemodialysis patients. Giving more iron allows us to use less EPO. High doses of EPO have been associated with an increased risk of cardiovascular events, such as strokes. This is why clinicians like to minimise the EPO dose by giving more iron. The PIVOTAL trial validates this approach.”

Another outcome of the PIVOTAL trial, is a reduction in blood transfusions in those receiving high-dose iron. This is potentially positive news as blood transfusions can lead to the production of antibodies, which could increase the likelihood of kidney transplant rejection further down the line.

PIVOTAL has unlocked a potentially safer therapy for the treatment of anaemia in patients who have recently started haemodialysis.”

Taking place exclusively in the UK, PIVOTAL was a randomised controlled trial which involved the collaboration of 50 doctors from 50 of the UK’s 80 main renal units, along with over 50 research nurses and 2,141 kidney patients.

Kidney Research UK chief executive, Sandra Currie, said: “PIVOTAL has been a huge project for the charity and we are delighted to see it has yielded positive results. There was a gap in the understanding of intravenous iron therapy which needed to be addressed and we now believe the results will lead to improved treatments and better outcomes for patients.”

Derek King (84), of Romney Marsh, was one of the patients who took part in the trial. It formed part of his regular four-hour haemodialysis sessions, held three times a week at the Canterbury Renal Unit.

Derek said: “I consider myself fortunate. I’ve lived my life and don’t have to rush around anymore, but some of the younger people on dialysis have got school work, jobs or young families to think of.

Hopefully their lives will improve as a result of this trial.”

There is currently no clear guidance on how much iron a haemodialysis patient could safely receive, resulting in huge variations among healthcare professionals within the UK and further afield.

It is anticipated the results of the PIVOTAL trial will lead to a review of national and international clinical practice guidelines.

Kidney patients on dialysis are deficient in iron because they lose more iron than they absorb from the gut. Added to this, their kidneys no longer produce enough of the red blood cell-forming hormone, EPO.

All patients are given iron intravenously via their dialysis machines because iron tablets don’t work for them.

The company also provided all the iron for the study, free of charge.