David is a transplant patient and a trustee at Kidney Research UK. A Chartered Accountant by training, in 2013 David left the City after a career of 32 years at PwC, where he was a Senior Partner in the London office. Read more of his story here.

My transplanted kidney is showing signs of distress.

Seemingly, each year, I’m prescribed yet more drugs to counter the effects of deteriorating renal function. Two years ago? Sodium bicarbonate: blood acidity was edging up. Last year? Vitamin D, not the sort more sunshine would fix, annoyingly. This year? Aluprinol, to break a gout and gastroenteritis cycle.

I’m not naïve, there’s a trend here. I see where this is going.

Charities exist to serve their beneficiaries. So looking through my kidney patient lens, what do I see as the impact of Kidney Research UK over the past year? I don’t claim to speak for all kidney patients. We all have our stories. None are either more, or less important than any other. What follows just happens to be mine. I’m trustee of Kidney Research UK too, but forget that. This is the inner David talking. 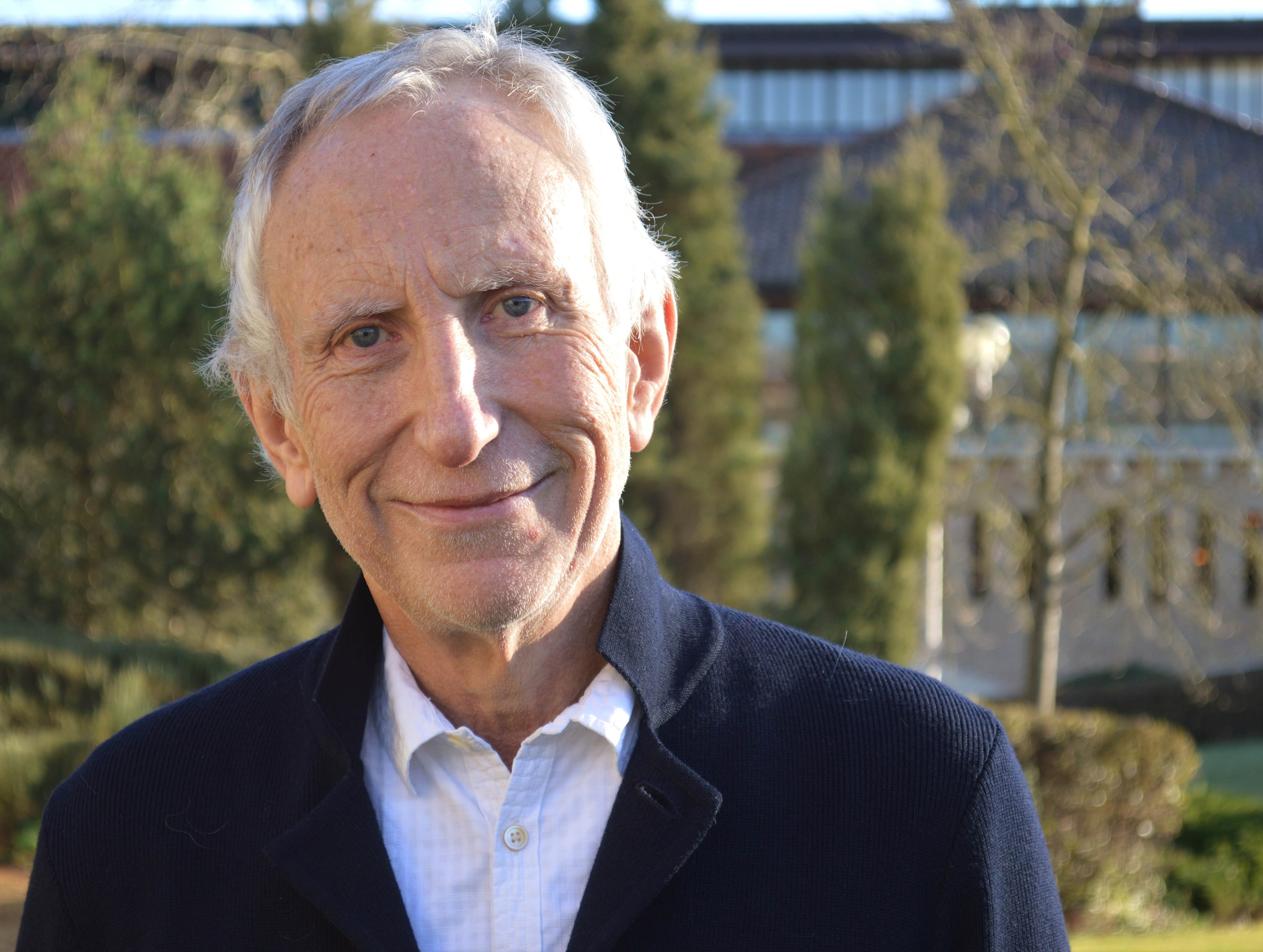 While commenting on the impact of the charity, I’m conscious of this daily physical reminder of the threat posed by kidney disease to my life. I can’t easily disassociate myself from myself.

With that context, it follows that I enthusiastically endorse the charity’s vision: lives free from kidney disease. Amen. A mountain to climb from where we stand today. If I ask myself whether we are any nearer the summit than we were 12 months ago because of the charity’s impact, I’d like to think so, but truthfully, I’m unsure. Why is that?

I’m not omniscient. I’m sheltering on a ledge with butter on my boots in a fog, fearing an imminent avalanche. I’m not looking down on the mountain from above, calmly, through cloudless skies. Putting it another way, I’m human: emotionally starry-eyed and analytically lugubrious. Both simultaneously. Unmanageable extremes, like a bag of ferrets. We all have our demons. Those are some of mine.

So what does Kidney Research UK describe as its impact last year?

Signing up 800 biobank patients. A worthwhile project. ‘Nurture’ (as it’s called) will lure more researchers. People with bright ideas and theories but no place currently to test them out. It’ll pull more corporate money, including risk capital, into kidney research too. Feel positive about that. I’d like to have seen more patients enrolled of course, though it’s fundamental to get quality and consistency of collection right.

One hundred and thirty training sessions for staff. Eighty-three pence in each pound raised invested in research. Are those numbers good or bad? As a patient, I assume the charity’s well run and efficient. That’s a given for me. Something I expect. Not a cause for celebration. Perhaps that’s harsh given the mauling some household name charities have taken in the press in recent times. On the 83p, I’m conscious there’s a balance to be struck. While the charity rightly has high expectations of staff, I am concerned to see a long-term, sustainable view is taken. Management mustn’t be slaves to that ratio. It would be possible to drive that 83p higher in the short term by cutting or deferring costs. Not a defensible strategy. To put it another way, running a tight ship is sensible, but no organisation ever saved its way to victory.

Sixty-five thousand people engaged with Kidney Research UK via social media last year. Good that it’s measured but is that commendable? I’m not competent to judge. That said, if the aim is partly raising public awareness, was it as impactful as last year’s Corrie transplant storyline? I’m bothered that there isn’t just one single media platform for kidney patients. Other kidney charities engage with social media too. Fair enough, but it’s confusing for a patient. Who do I go to? Kidney Research UK? Kidney Care UK? The National Kidney Federation (NKF)? The PKD charity? I could go on, and on, and on. Type ‘Kidney’ into the Charity Commission website search facility and up pop 192 names… Compare that with The British Heart Foundation or Diabetes UK. One group of diseases, one source, one voice. Clarity.

It follows that I was delighted by the merger last year between Kids Kidney Research and Kidney Research UK. As a patient, I’d love to see more consolidation of Kidney charities. For instance, the thought of 192 different people thinking through GDPR for kidney charities is absurd. Duplication on an industrial scale. Think of all the time and cost that could have been better deployed for the benefit of kidney patients. If charities exist to serve their beneficiaries, is this fragmentation of effort really fulfilling their purpose? Or is something else, or the interests of someone else, being served in preference?

Just on the Kids Kidney Research transaction, paediatric research investment has increased and that’s terrific. But how much closer are we to curing kidney disease in children? You tell me.

How much do I rejoice that thanks to Kidney Research UK there are 122 more academic research papers floating around? Or that the charity invested £8.5 million in research? I ain’t jumpin’ up and down, but feel I should be. Why is that? Well, how do I know that the charity is investing in the research projects that offer the greatest leverage for patients. As opposed to those of most academic interest? How do I know that researchers share their knowledge and discoveries as widely as possible? I don’t. Researchers have egos, papers to write, names to make, mouths to feed. They’re human. I don’t doubt the endeavour or intellect. But what is the sum of all their efforts? Today there are 5,000 people on the transplant waiting list. Two years ago, how many was it? Five thousand. Hard to unpick the progress from the headlines.

Putting my Kidney Research UK trustee hat back on, I acknowledge much of the above may feel uncomfortably honest. Ungrateful even. When I step back from it, I’m supportive of the charity’s work. I know that scientific innovation and discovery isn’t logical, linear or controllable.

I read recently in The Times an enzyme has been discovered that will break down plastic molecules in days, not centuries, as was previously supposed. Huge global sustainability discovery. How? Not through formal research in labs, but on a rubbish dump in Pakistan. To offer another example of non-linearity, the light bulb wasn’t the outcome of continuously improving the candle. Closer to home, penicillin wasn’t the product of formal scientific experimentation. Sir Alexander Fleming wasn’t rigorously testing a hypothesis in controlled conditions. Quite the opposite: slovenly gentleman didn’t wash his petri dishes. The scientific community was sniffy about his achievement. But, in answer to his critics, Fleming said he was in the laboratory doing something, he was sufficiently curious to notice a strange result, and was diligent enough act on it. Even closer to home, I was once told that cyclosporine, the transplant longevity game changer, was discovered in Norway as a property of seaweed. Who cares how it was found? No transplant patient, I assure you.

How can I, as a kidney patient, be critical, therefore, of a charity that harvests money and channels it into kidney research? Who knows, a marvellous breakthrough may be just around the corner. To put it another way, if Kidney Research UK doesn’t fund clever people in labs doing something, I guarantee there will be no progress. Nobody ever won the lottery without buying a ticket.

Scientific advancement through research is the only real hope for people in my position. For that matter, I wouldn’t be writing this blog without the fruits of prior research. But impact of Kidney Research UK last year? I feel ambivalent. My health is visibly declining, and I can’t see lives free from kidney disease through the fog.

So, I’m grateful to all associated with Kidney Research UK for everything they are doing. I encourage everyone to do more, much more of it, and bring me some tangible good news this year. Meanwhile I’ll keep taking the tablets and thanks my lucky stars for the NHS and all who work in it.

Finally, as a side note, on 11 September, my sister Sylvia, who donated her kidney to me over 31 years ago, died peacefully in her bed at home. It was her wish, and the wish of her immediate family, that donations in her memory be made to Kidney Research UK. Sylvia was, and they are, grateful for my life and for the part of the charity in preserving it. 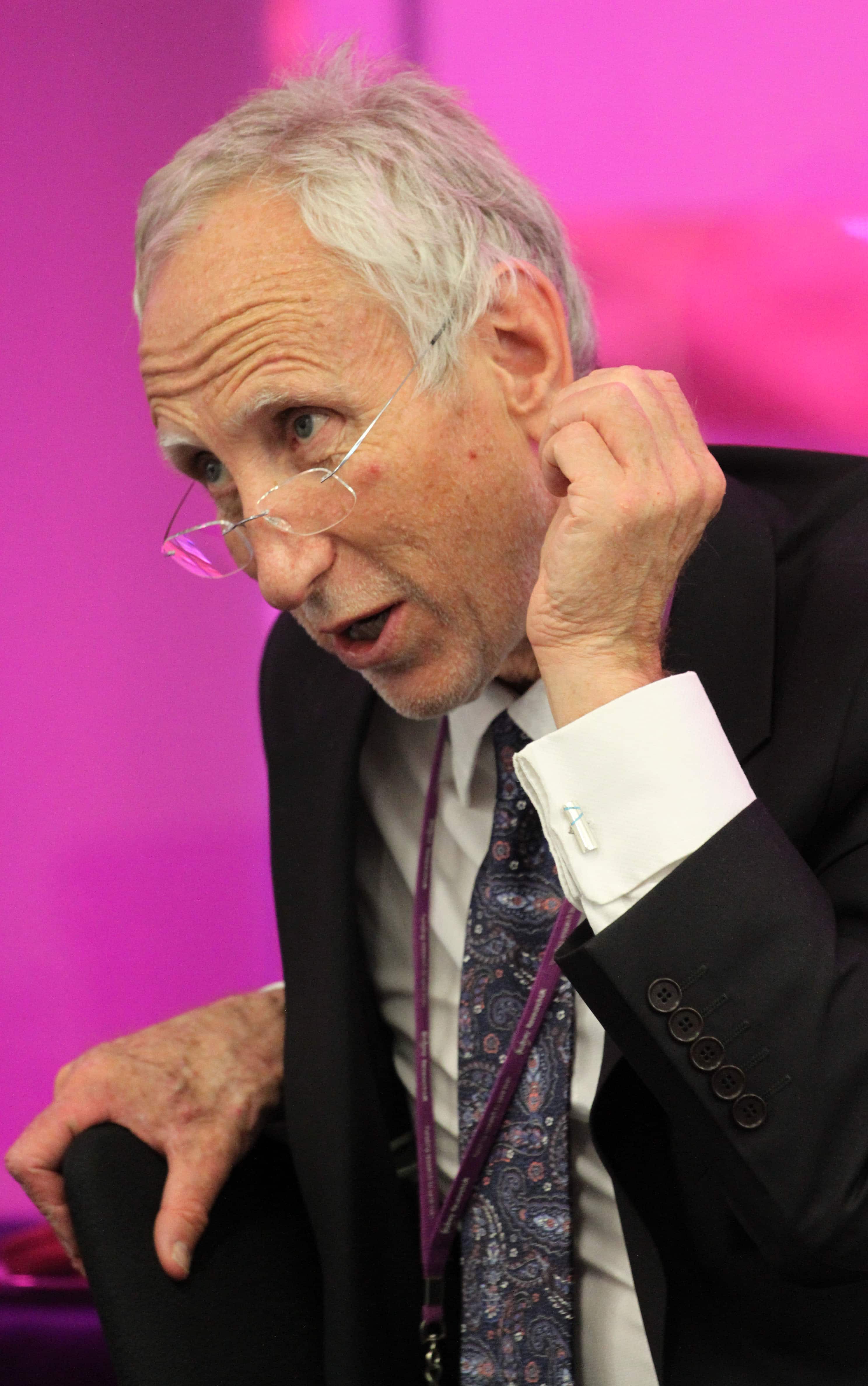