The parents of a three-year-old boy who saved the lives of two children through organ donation are urging more black, Asian and ethnic minority families to support donation. 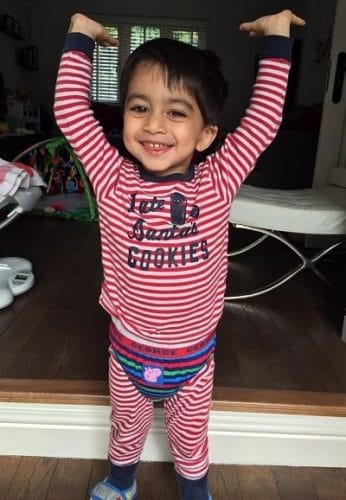 Aari Patel died in 2016 following an accident at home. His parents Jay and Sina asked at the hospital whether their son could be an organ donor.

“The doctors were surprised we raised donation before being asked. But if Aari couldn’t be helped any further, Sina and I felt strongly that we wanted Aari to help others. We did not want another family to suffer losing their child or loved one,” said Jay, from Croydon.

“We received a letter informing us Aari’s organs had saved the lives of a boy and a girl. Aari was our shining star, and it is an enormous comfort to know he helped those two children.”

Jay added: “Too many people say no to donation because they think their faith prevents it. There are myths and misunderstandings. We must talk more about the subject with those we love, family and friends, young and old. If more people in our communities supported organ donation, more lives in our communities would be saved.”

NHS Blood and Transplant’s annual report reveals only seven percent - 114 - of donors last year were from minority ethnic groups. This figure is increasing however, thanks to more black, Asian and ethnic minority families saying yes to donation when asked in hospitals.

But family refusal continues to be the biggest obstacle to organ donation among these communities. Only around half as many families support organ donation compared with families from a white background.

Anthony Clarkson from NHS Blood and Transplant said: “While it is encouraging that more black, Asian and ethnic minority families are supporting donation - making more lifesaving transplants possible - change is not happening fast enough and too many lives are being lost.

“Although many minority ethnic group patients are able to receive a transplant from a white donor, others may die if there is no donor from their own community.

“We are asking more people from these communities to talk about organ donation and share their donation decision with their families. Words save lives.”

The major religions in the UK support the idea of organ donation and transplantation.

Organ donation is a highly controlled area and is regulated by the Human Tissue Authority. The sale of human organs or tissue is illegal in the UK.

View the full report into organ donation for black, Asian and minority ethnic communities in 2017/18. The report was published on Wednesday, 18 July.