A young farmer who is awaiting a transplant is hoping to raise thousands of pounds for Kidney Research UK this month. 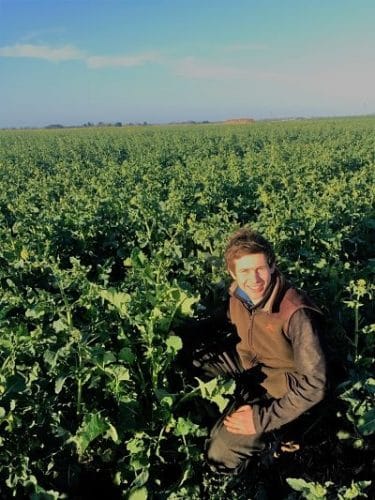 Matthew Denby from Lincolnshire is expecting over a thousand people to attend the dinner dance he has planned at the Lincolnshire Showground on April 21.

As chairman of the Lincolnshire Young Farmer’s Clubs (YFC), Matt has received a huge amount of support both for his event and his need for a suitable kidney donor.

He said: “I had kidney failure in 2007 due to E.coli and I was on dialysis for a while. I’m now at about 18 per cent kidney function, but it’s going down so I will need a transplant.

“Both my dad and uncle are in the middle of having tests, we’re fortunate that they’re both good matches, but we’re just waiting on some general health test results to see if either are suitable for donating. In total I have had about 14 offers from friends and family who were prepared to be a donor for me, which was amazing.”

Matt’s friends have also been helping raise as much as they can for his favorite charity with Wragby YFC chairman Alex Olivant raising £500 during January with Race for Research – and president of the Laceby YFC Chris Hewis, will run the London Marathon the day after the ball.

A number of other events have taken place around Lincolnshire to support Matt’s fundraising campaign including Horncastle squash club who raised £1,370 with a quiz night.

Matt said: “Tickets for the charity ball will be on sale until this Saturday or people can donate through my Just Giving page.”

Anyone interested in buying tickets should email [email protected] by April 7, or to donate go to www.justgiving.com/fundraising/matthewdenby

If you would like to raise money to fund lifesaving research into the treatment and understanding of kidney disease there are hundreds of ways to do it. Your support will help fund research to save lives.

Hop over to our Get Involved page and you’ll find plenty of ideas.