With World Kidney Day just around the corner, transplant patient Eric Douglin has picked the perfect time to share why he will be nominating his wife as his kidney heroine on 8 March.

When Eric needed a kidney transplant eight years ago his wife, Mandi, stepped in without hesitation and, despite her husband’s reservations, the operation was a success. 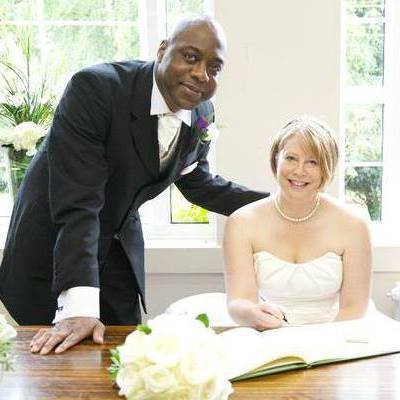 Eric has been in awe of Mandi’s kindness and generosity ever since, but has found it hard to express his gratitude.

He said: “I didn’t want Mandi to be my donor because I knew it would involve a lot of invasive tests and procedures – to be honest I felt guilty that I needed help to stay alive. I’m quite a strong person and it made me feel weak.

“I have been trying to thank her for years but she is so blasé and laid back about it. I have taken her out for meals, bought her presents, but it never feels quite enough.”

Eric decided to write an open letter to Mandi expressing his gratitude – which he posted on Facebook.

Eric and Mandi received streams of supportive messages from the post and Mandi admits it brought a tear to her eye. And she added: “Eric has been saying for years how he wishes there was a way he could express his gratitude, but I just think I had a spare kidney, he needed one, so why not donate mine?

“People keep telling me I’m such a hero, but I don’t see it like that I just feel like they would have done the same thing if they were in the same position. I love Eric to bits so it seemed like the right thing to do – I’m just astonished more people don’t do it. It hasn’t changed my life, in terms of my health, at all, in fact I’m still as grumpy and moody as I always was, but Eric has his life back and that’s what’s important.”

Eric’s letter to Mandi as it appeared on Facebook:

To Mandi, my wife and kidney donor.

An open letter to express my gratitude for the Gift Of Life you gave me.

Ok, so for the last 8 years I have been unsuccessfully trying to express my love, gratitude and humility to you for saving my life, when donated a kidney to me on the 15th January 2010.

I say unsuccessfully, because every time I have a moment of reflection and clarity when sharing an experience I may well have missed, without your Gift Of Life, you just say “anyone in my position would do the something”. Then the moment is lost as you normalise one of the greatest things anyone can give another in need, the chance to live.

The reason it has taken so long to write this letter to you now is that this last year has enabled me to share some wonderful experiences with our children, including the first wedding of our son Craig when married his beautiful bride Sophie and also became a British Boxing Champion, Lauren progressing in her professional acting career, and starring in a number of roles, Rhys fulfilling his dream to travel and work abroad and Bradley continuing lead a healthy lifestyle.

But most of all I grateful to still be around as their father, knowing my family have not had to go through the pain some many others have had to endure losing a loved one.

Since receiving my Gift of Life from you I have cried three times, once at our wedding in 2011, again when at the inaugural World Club Basketball Tournament we hosted in 2015, and again at Craig and Sophie’s wedding in 2017. Well I actually blubbered uncontrollably at both weddings, (I know, I lied it wasn’t hay fever).

The reason for the tears each time I became overwhelmed by what can only be described as sadness, and eternal gratitude to be present at those momentous occasions, with friends and family. It was a sense of sadness that I could quite easily have been one of the hundreds of people who die each year waiting for a kidney, or the thousands of people on the kidney transplant list without your Gift of Life.

My mother may have lost a son, my children their Father; my grandchildren their grandfather, my sisters and brother a sibling and friendships forged around the world would never have been made.

So Amanda Jane Douglin , thank you for the Gift of Life you have not only given to me  but the others whose lives we have touched during these last eight  wonderful years you have enabled me to have. You and other like you are the true heroes, and I am and always will be eternally grateful.