History-making and pioneering renal development in the 1960s and 70s in the UK is still benefitting patients today. A kidney patient and her donor share their transplant story of 40 years ago.

When Ruth Moorehead (now Ruth Wright) first became ill at the age of ten in 1969, neither transplant nor dialysis were available to treat children. But by 1976, when at the age of 16, Ruth was donated a kidney by her father, Mervyn, paediatric renal work had advanced and history was made.

The ground-breaking surgery caused St James’s Hospital in Leeds to hit the headlines. It had carried out its first children’s kidney transplants and, at the same time, did its first operation using a live kidney donor. Both pioneering procedures were carried out on the same patient – Ruth.

She was one of the first children in the UK to receive a kidney from a living donor.

Ruth is now 58 and her kidney is aged 90 – both are still going strong. 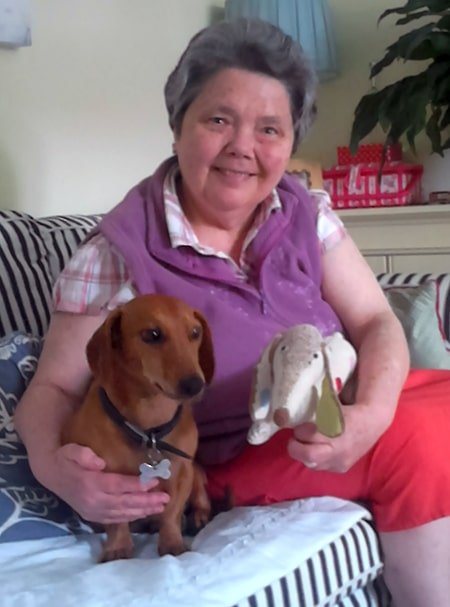 Mervyn picks up the story:“It was back in 1969, I went home from work one night and Ruth was having a fit for the first time in her life. She had not been feeling well, but we did not think it was anything serious. The doctor came at about 11pm and had her in hospital at midnight. It went on from there.

"The next day she was moved from York to Leeds, to a neurological hospital. By that stage Ruth had life threatening blood pressure and had to undergo a series of scans and tests. The tests eventually showed that both of Ruth’s kidneys were diseased and she had to have one removed at St James’s hospital. She was only ten years old."

Ruth recovered from this and lived a relatively free life for over three years. But then her second kidney failed and she was rushed back into hospital. She became only the second child ever to receive dialysis at the hospital.

Ruth recalls what it was like to be on dialysis then.

“Three times a week mum and I had to leave home at 5am to go to the renal unit. We didn’t get home until 6pm. It was so tiring.

“I remember being hooked up to these huge machines that looked like washing machines. I was tied to them for ten hours at a time, three times a week. My diet was very, very strict and I was only allowed half a pint of fluid a day, and that was really taken by ice cube crushing.

“The first time I started with a shunt, which is tubing embedded in your ankle. That’s how they got lines attached to the tubing, and then my blood was pumped out and through the machine.

“Then I got a fistula in my arm. I remember it used to buzz like a bee under the skin. I had two of them but one blew up because of an aneurism. In my right arm I suddenly developed a swelling – it looked like a balloon in my wrist. They rushed me down to theatre where it burst while I was under anaesthetic, and I believe I covered everybody in blood.”

So, by the age of 13, with one kidney already removed, Ruth faced being on dialysis for the rest of her life. Her health continued to deteriorate, though, and her other kidney had to be removed.

By then nephrologist, Dr Stanley Rosen, had started the renal unit at the Leeds hospital developing new procedures for dialysis and transplantation. Both of Ruth’s parents were tested and her father found to be a match.

On 12 January in 1976, Ruth had the living donor transplant that was to save her life. Two surgeons were involved: Mr Brennan removed the kidney from Mervyn and Professor Geoffrey Giles transplanted it into Ruth.

“I remember waking up from the surgery,” said Ruth. “I had an uncomfortable sensation in my lower body. It was because I was passing urine through a catheter. It was a new feeling and something I had to get used to all over again as I hadn’t passed urine by myself for over three years, and I was thinking I’ve got to learn to go to the toilet all over again.

“But then my urine output began to reduce.”

Mervyn said: “I remember it being quite traumatic. Everyone was hoping the transplant would work. If it did, it would open the door to transplants for more children. But after a week Ruth’s body began to reject the kidney and after ten days it had totally rejected it. Ruth had an antibody in her system triggered by an earlier blood transfusion and this was causing the kidney rejection."

The doctors treated this and within 24 hours Ruth’s kidney began to work and it’s still working 42 years later.

Asked if he would do it again, Mervyn said: “Absolutely, without hesitation, why not? You are giving someone life. The great thing about a kidney is if it works it gives a person freedom. A person on a kidney machine lives a restricted life, they are restricted to eating certain things and they cannot really go on holiday. There are lots of restrictions, but if you get a new kidney your life is changed. You do have to take pills for the rest of your life, but you do have a life.

“Giving my kidney hasn’t affected my health. I’ve been living a totally normal life and enjoying good health since the transplant.”

Since the transplant, Ruth’s family has for many years been actively involved with fundraising and raising awareness of kidney disease. They set up a fundraising group in York and have carried on supporting kidney research and encouraging people to join the organ donor register.

“Dad did this for me and I know I was on my way out otherwise,” said Ruth. “Over the years, we’ve tried to give something back. It’s been important to us as a family to try to encourage as many people as possible to become organ donors. People who donate organs can save lives. I know!”

In 2014, St James’s hospital renal unit held a special transplant celebration event to mark successes in renal transplantation. Ruth, her mum and dad returned to Leeds to join in and remarkably they were reunited with their former nephrologist, Dr Stanley Rosen, who flew in from California especially for the occasion.

Find out more about becoming an organ donor.