Being a kidney patient on dialysis at Christmas can be really hard. It can be far more difficult and far more emotional than being on dialysis at other times during the year. Many dialysis patients hope all year to get ‘the call’ that says we have a transplant match for you. But when that isn’t the case and Christmas comes around, there’s a renal Christmas routine that absolutely must be followed.

Brett, aged 29, tells us about his Christmas as a dialysis patient:

For a lot of people, the Christmas period means a chance to stop working for a few days, relax and spend time with family and friends, share meals and celebrate the season. But for a dialysis patient it’s simply not that easy. If you’re on haemodialysis in-centre, then you must go to your renal unit three times a week for four hours of dialysis but when you add in the transport, getting on and coming off the machine, you can be away from home for six hours. Dialysis units are closed on Christmas Day so that means every patient’s shifts must be changed to ensure they can still get their dialysis.

So, how do I fit in to this? I am a renal patient and have been for 25 years. I have had two transplants; the first when I was five-years old and I got nine great years out of that kidney. My second transplant was at age sixteen and it lasted five years. The times when I wasn’t transplanted I was on home peritoneal dialysis at night. Being a paediatric patient at Christmas meant a very strict diet but I had the benefit of at least being home with my family, even though I was on my machine. 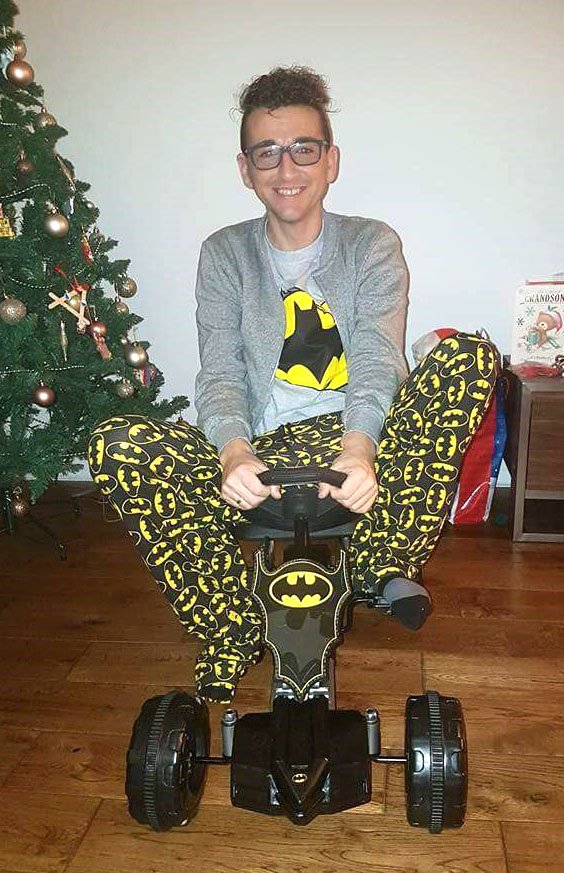 When I was 21 and lost my second kidney, it was a month before Christmas. I was then living in Glasgow and most of my family were in Wales. I had planned to spend Christmas with them but losing the kidney and being put back on haemodialysis threw a huge spanner in the works. At first, I was told I couldn’t go to Wales as my kidney failure and return to dialysis was so recent. But that would have meant being alone right through Christmas. My renal unit tried to get me holiday dialysis but that failed. So, I got given the option to go, but this meant going three days without dialysis which I don’t recommend…

It was one of the most restricted Christmas dinners I had ever had. Luckily, I don’t drink alcohol at Christmas but my low phosphate, low potassium diet was horrible! I wasn’t allowed chocolate, cheese, and only boiled potatoes. Being on only 1 litre of liquid a day meant such a small amount of gravy on my Christmas lunch! In spite of this it was great being with my family, but I had to leave them, what was horrible on the 27th – I had no choice; I had to get back to dialysis.

By my second Christmas on dialysis I had moved back to Wales. Diet restrictions weren’t anywhere near as strict as I was in a local unit, but it still meant leaving everyone to go for dialysis.

In that New Year, I started training for home haemodialysis and that’s made a huge difference to my life. By Christmas I was completely set up and my dialysis routine was working for me. I was doing three hours at a time, five days a week and each time I had less of a fluid restriction and my diet wasn’t so strict, as I could simply go on the machines and remove the toxins.

Today I’m on nocturnal dialysis. My routine is three nights a week for eight hours each time. But, even better for me, with nocturnal dialysis there are no food restrictions as the longer slower dialysis removes more toxins. I also have more energy.

I am really looking forward to this Christmas as it is my first one since my kidneys failed that I can eat whatever I want since I had my transplant. And I do plan to celebrate, eat, drink and really enjoy the season for a change without having that little voice in my head telling me I can’t be part of it alongside everyone else.