When she was 13 years old, Diane Gough was told the new kidney she desperately needed from her mum was only likely to last five years.  Today, 39 years on, the kidney is still going strong. Diane, 52 from Clacton, has now had her mum’s kidney for the same amount of time as mum Ruth did before donating. Her mum, Ruth, aged 78, is also still going strong with just one kidney. Diane is now trying to raise awareness for the importance of people donating their organs. 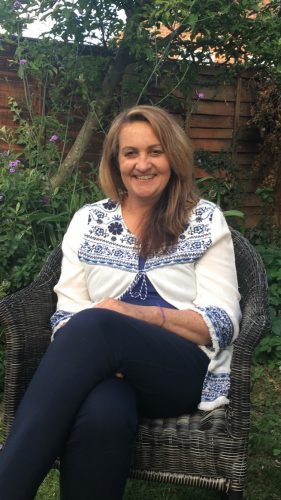 Diane had a viral infection throughout her childhood and slipped into a coma for seven months. She was then referred to Guys Hospital. Doctors thought she had a virus but further tests revealed it was chronic kidney failure. Put onto dialysis Diane’s body reacted badly causing her to collapse. Luckily, both of her parents were a match and offered to donate their kidneys – the medics decided Ruth, Diane’s mother, was best suited.

"I just wanted to go and live my life. I had been ill really since I was six and by the time I had the transplant I was 13 years old and, like all 13-year-olds I wanted to go out and live life. “

Diane can now enjoy a normal lifestyle and diet but there is still a chance that the kidney may fail. Taking daily medication helps suppress her immune system, stopping her body from rejecting her kidney.

"I am very, very lucky. Many patients go through two or three transplants in their life or go back onto dialysis. That's what people don't realise – many transplants don't succeed in the long term.”

“Most of the other patients who were in hospital at the same time as me are not here anymore. Others have had more than one transplant or returned to dialysis again. Many of us were told we would never have children, but some of us have due to medicine and science improving and making it possible for us.”

Having previously worked in fashion in London as an art student graduate, Diane aims to put her artistic flair into her fundraising efforts as she plans to host a community art exhibition to celebrate her 40th ‘kidney-versary’.

Completing the London Bridges Walk this year, Diane and her supporters raised funds walking seven miles for Kidney Research UK! Diane and her son have also been invited to attend a Parliamentary event marking the start of Organ Donation Week this September. There they will be discussing the opt-out donor system – something Diane is very keen to encourage. 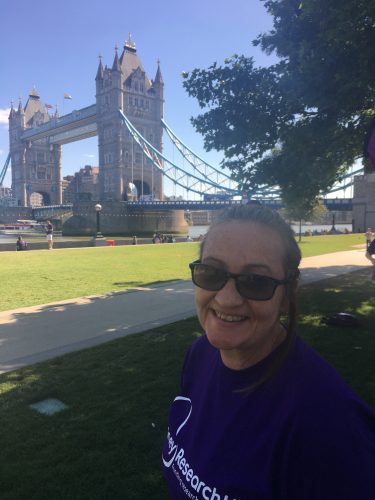 “I just want to say ‘thank you’ for the past 40 years. I have lived for longer than Marilyn Monroe or Elvis lived. My life has been longer now than a lot of other people and I have my mum and the NHS to thank for that."

“I recently told my mum that I remember everything she did for me.  It is really important that she knows.”