Six hundred miles, countless mountain summits with over 25kg on their backs – Ali Reid Wolfe & Emma Thomas are determined to take on the challenge of the Pyrenees in one and a half months, all to raise money for research into kidney disease. They share their epic challenge with us.

“We realise that we are incredibly lucky to be healthy enough to put our bodies through this immensely gruelling challenge. We hope to use this privilege to do something a bit crazy to raise awareness for those who are physically restricted in daily life – be it during dialysis or after a transplant – by kidney failure: a disease with no cure.” 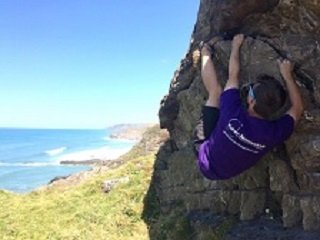 Their journey is motivated by Ali’s older brother ‘Seb’ who was diagnosed with kidney failure at nine years old. “Ali's brother suffered kidney failure as a child. After several tough months on dialysis, Seb was lucky enough to receive a kidney transplant at age 16.

“Others are not so lucky, and as the average transplant lasts around 15 years, there is a long way to find sustainable treatments or hopefully even a cure. This is why we are fundraising for Kidney Research UK.”

This gruelling journey involves 50,000 metres of elevation gain and loss with temperatures ranging from forty to minus fifteen degrees Celsius. This is the equivalent of climbing up and down Mount Everest five times! Both Ali and Emma understand the intensity of this challenge and so they have created multiple blog posts about their intense training and their attempts at light packing for the journey.

The couple explain why they chose such an extreme challenge: “We know that, today, many people are fundraising for many causes, so we felt we needed to do something quite extreme to get people’s attention!

“The six hundred miles of mountains are also something of a symbol for the experience of life with kidney failure. Kidney disease is a lifelong test of resilience, more than we could attempt to compare in terms of our trek. However, the figurative similarity lies in the fact that there is not just one mountain or hurdle to get over, but many, requiring real perseverance.

“Seb is now twenty nine years old, living with the restrictions that kidney disease can create – not that you would know it – he is a qualified electrical engineer, a mountain biker with apparently no concept of fear, and a key member of our little amateur rock climbing posse!

“However, kidney disease continues after transplant – medication has to be taken with precision; opportunities for things like travel become limited.

“The work of the Exeter and Bristol’s renal units saved Seb's life, but the work of organisations like Kidney Research UK are vital in funding essential research into the treatments available to others in his situation." 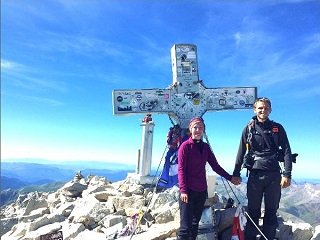 With an amazing £900 already raised out of their £1,500 target on their Just Giving page, Ali and Emma continue to update their supporters and get others actively involved via social media such as Instagram and Facebook.

On day eight of their expedition the pair posted: “At the top of the col after one of the scariest ascents I've ever experienced, along a foot wide muddy path up the side of a mountain in the fog, very slippy, no visibility, and about a five hundred meter fall off a path as wide as a boot! Cold and wet and nine hours walking!”