Kate Kenyon is a kidney patient who wants to make a difference.

Whether that’s campaigning for better renal care, sharing advice and experiences with fellow dialysis and transplant patients or seeking out a future career with an ethical employer; Kate wants to see change happen. And she wants to be part of that change. 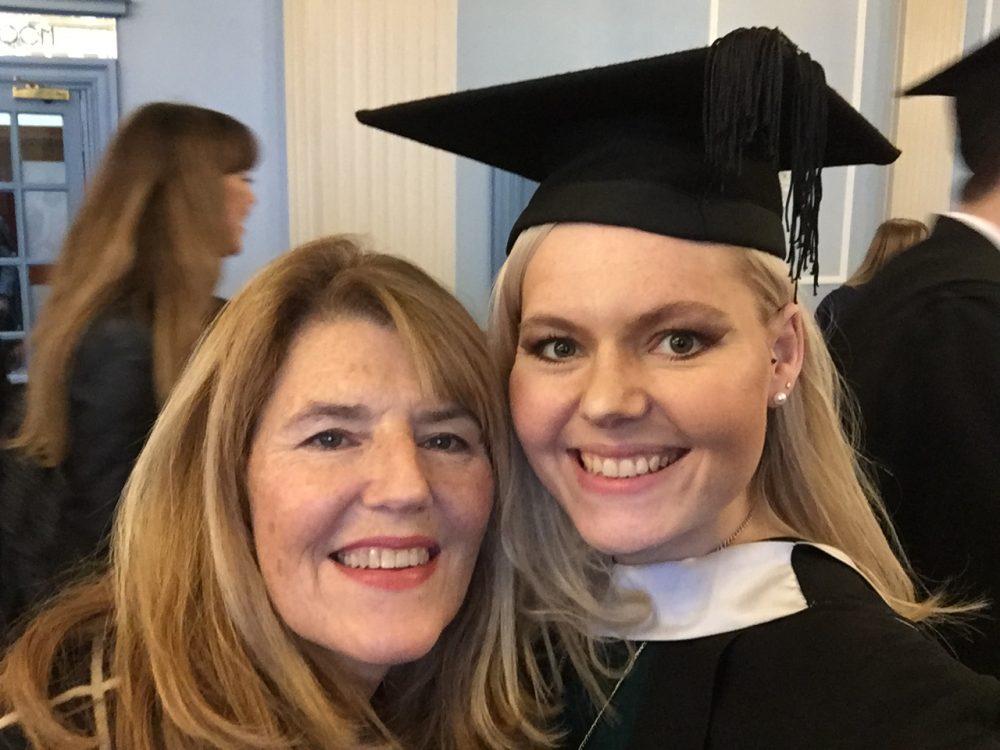 Kate Kenyon, at her graduation

The communications and public relations graduate is also passionate about living life to the full and having fun with family and friends. That’s why she’s signed up to join Kidney Research UK’s #TeamKidney at this year’s British Transplant Games which will be held in Motherwell, Glasgow from July 27-31.

“I’m going to be doing the long jump, the 100 metre sprint and the relay, despite the fact that I can’t really run or jump!”

“When I was younger I was a competitor for ten years in a row and I won a few medals. I’m not expecting to get any medals this year but I’m just going to do it anyway. The games are all about having fun and taking part, even when you know that you’re not likely to win.”

Kate’s life changed forever after she contracted E.coli 0157 less than a month before her third birthday. She was initially misdiagnosed as having a harmless tummy bug but the bacterial infection progressed rapidly and eventually led to total renal failure.

“My kidneys failed because I accidently ate cow faeces,” says Kate. “I grew up on a farm and our family dog rolled in manure. I hugged her and, of course, got the manure on my hands and inevitably put my hands in my mouth. It was just a freak thing.” 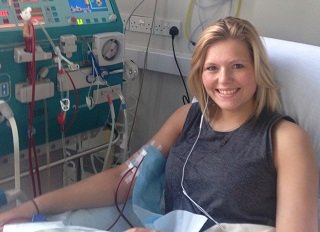 “My parents have constantly given me the strength and determination to carry on,” says Kate.

“As a child, they never once said to me ‘you can’t do that’. They never tried to wrap me in cotton wool or mollycoddle me in any way. I took part in lots of activities and we went on holidays all the time.

Sharing personal experiences is very important to Kate. In fact, she is adamant that renal care can only truly advance if patients’ views and experiences are listened to and acted upon.

“Doctors have saved my life on more than one occasion but, as much as I love them, they don’t know how I and other patients feel,” says Kate.

“I started a blog about two years ago because I wanted to help other people on dialysis, but I also wanted to emphasise how brutal kidney failure can be. It’s still relatively unknown when compared to conditions such as cancer and heart disease but, in some ways, it can be more devastating.

“We really need to get more funding for kidney disease and improve care for kidney patients. I had to fight so hard for better care when I was on dialysis because the staffing issue at my hospital was and still is just horrendous. The renal nurses are absolutely amazing but they're under so much pressure because of the worsening NHS funding crisis.

The 25-year-old Aberdonian recently joined Kidney Research UK’s Lay Advisory Committee; an influential group of volunteers who ensure that patient and carer knowledge, experience and priorities remain central to everything the charity does. She’s also chair of the Grampian Kidney Patients’ Association.

Kate will begin a new chapter in her life in September when she starts her Master’s degree in international marketing management at Aberdeen University.