Russell Van Praagh is a seasoned triathlete, but this Sunday’s (July 16) Ironman UK challenge in Bolton, Lancashire will be the most important race of his life.

Participants in the Ironman long course triathlon must complete a 3.8km swim, followed by a 180km bike ride and then run a full 42km marathon. It’s the ultimate physical and mental challenge, and Russell will be racing to raise funds for Kidney Research UK.

“This will be my second Ironman challenge and definitely my last,” says Russell, a corporate lawyer who is soon to be a father for the first time. “It’s going to be extremely tough, not least because of the demanding course, but really exciting, too, because I’m determined to raise a significant amount of money to help Kidney Research UK continue its amazing work.”

Russell has a very personal reason for supporting this cause. He had to battle a rare and acute kidney disease as a teenager and, earlier this year, his father Ben successfully received a kidney from Russell’s younger brother Greg after suffering near complete renal failure. 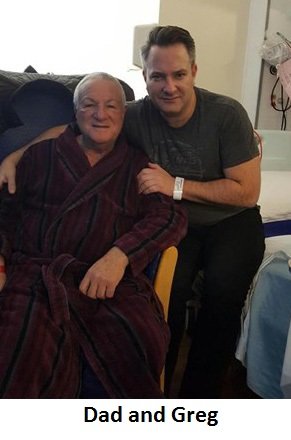 “I’ve always been a runner,” says Russell (43) who lives with his Bolton-born wife, Carrie, in south west London. “I ran county-standard middle distance track at school and then joined the Belgrave Harriers running club in Battersea Park in my late 30s, after a long period of inactivity. I was fortunate enough to meet Will Usher on the track who’d just set up One Triathlon RDS and he invited me to join. I told him I couldn’t really swim or ride a bike and he said: ‘Don’t worry, I’ll teach you.’ He did, and I did my first race in the summer of 2009. I remember it very well; it was in Tewkesbury. I was beaten by a guy who’d borrowed his sister’s bike – complete with panniers. I won’t forget that in a hurry! Since then I’ve never looked back and I’ve raced triathlons every year.

“I did my first longer distance Ironman triathlon challenge in 2014. I thought I’d only ever do one but my father and brother eventually persuaded me to do one more to raise money for kidney research. Together, we’ve been reaching out to friends, family, colleagues, clients and business contacts to ask for donations and their generosity has been overwhelming.”

Ironically, it was a defeat on the track as a teenager that led Russell to discover that he had nephrotic syndrome – a condition which damages the glomeruli, the tiny units within the kidney where blood is filtered, which can lead to kidney failure.

“I was racing against my arch rival from another school,” says Russell. “I was expecting to beat him but on that day he basically left me for dead. When I tried to run faster there was nothing there, I just felt very sluggish and tired.

“Tests soon revealed that I was leaking a lot of protein and blood into my urine, which is a very common symptom of nephrotic syndrome. Incredibly, my GP, Peter Harborough, was very well acquainted with this particular kidney condition and he referred me to a renal surgeon in London. I eventually had chemotherapy, which was quite a revolutionary treatment for the disease at the time. It did cure me but I was very lucky.”

Even though he is an experienced triathlete, Russell has had to endure six months of gruelling preparation, guided and encouraged at all times by former pro-athlete and mentor, Andy Brodziak – often training for up to 15 hours a week in all weathers – to ensure that he is fit enough to take on Sunday’s Ironman challenge.

“In a typical week I’ve had to cover each of the disciplines twice – so that’s two swims, two runs and two bike rides – and I’ve also had to find time for core conditioning work, stretching and massage. This is really important because, with this amount of training, it’s very easy to get injured,” says Russell. 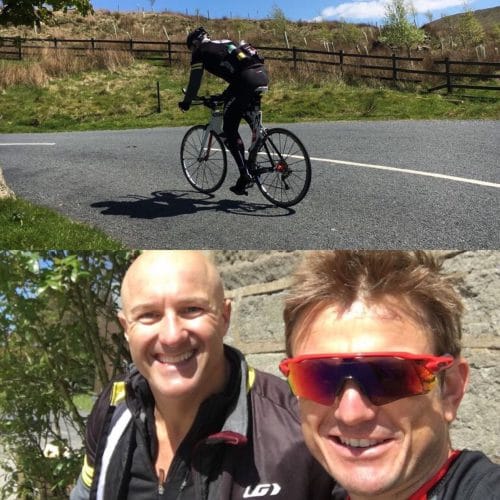 “Nutrition has been vitally important, too. Military planning needs to go into what you’re eating and drinking before and during the race. You’ll burn somewhere between 4-6,000 calories in an Ironman challenge, sometimes maybe more, so you’ve  got to get enough food into your system and drink about a litre of liquid per hour. If you don’t, there is a chance you won’t be able to finish the race.”

There’ll be plenty of people to cheer Russell on during the challenge, including his family, Carrie’s family and some of Carrie’s old school friends.

“I think it’s going to be a really poignant moment for all of us when I cross the finishing line on Sunday,” says Russell. “It’s been extremely hard to manage the demands of training with an average 60 hour working week but I knew I could never give up. The cause is too important to me and I could never let down the people who have pledged their support for me and for Kidney Research UK.

“Advances in kidney research enabled my brother to give the gift of life to my father. Now that I’m going to be a father myself I really want to stay fit and healthy so that I can be there for my wife and son.”

If you would like to support Russell visit his JustGiving page.