We love the innovative fundraising ideas our supporters come up with, and what better way than combining your fundraising efforts with your career goals? That’s exactly what one young college student decided to do.

Einar Ossurarson, a 17 year old student at North Kent College, decided to use his passion for radio to raise funds for Kidney Research UK.

On Bank Holiday Monday, 29 May, Einar will present an eight-hour kidney marathon radio show on local community radio station Miskin Radio for North West Kent. Along with his friends Dan and Bethany. Einar will attempt the marathon show to raise money for Kidney Research UK. Einar chose to raise money for the charity after witnessing his grandad’s battle with kidney disease. 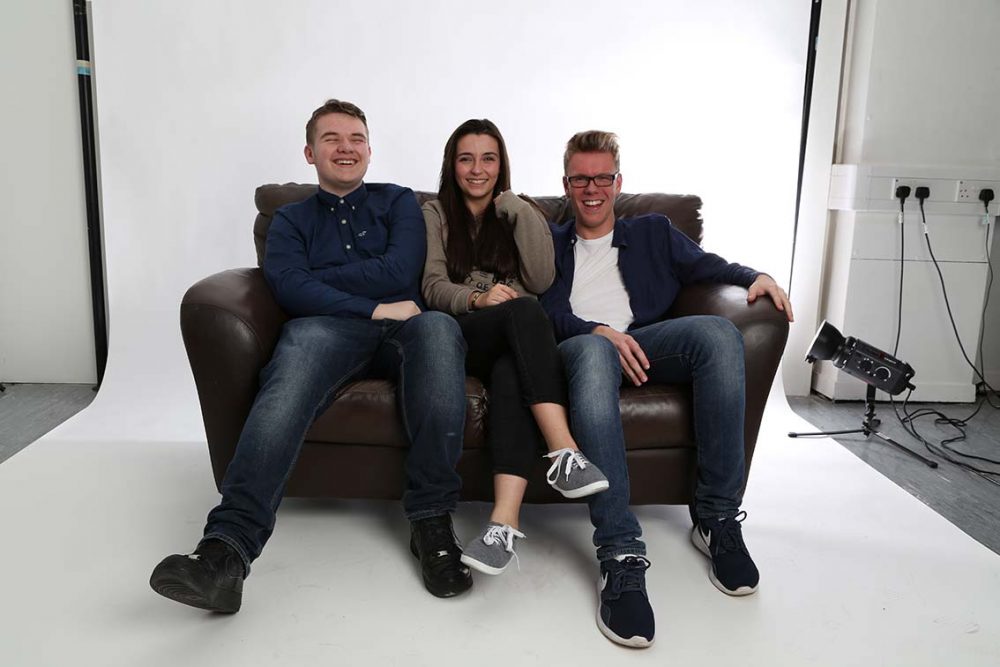 Einar’s Icelandic grandad was 30 years old when he was diagnosed with interstitial nephritis. His doctors in Iceland didn’t know much about this type of kidney disease back in the 1970s. In 2004 he was involved in a car accident which resulted in acute kidney failure and Einar’s grandad started on dialysis. He was on dialysis for eight years until he eventually had a transplant in Stockholm in July 2012.

Einar explains “Having a grandad that was always exhausted, struggling with day to day activities and spending most of his life at a dialysis unit really worried me as a child. As I got older I started to understand what was going on and what he had to go through nearly every day. The day my family and I will always remember is 22 July 2013 when my grandad was told he was going to have his transplant. It was very successful, however, it is still taking time for him to get into a normal routine and every now and then he needs a long deserved rest.

I have such a big passion for the radio industry and I’ve always wanted to do a fundraising show, especially for a charity that means a lot to me and my family. I hope to pursue a career within the radio industry one day when I leave college so I wanted to challenge myself by producing and presenting one.

Some people are unaware they have any kidney-related problems. Many people are waiting for a transplant and funding research is crucial for future treatments. My aim is to raise money but also raise awareness for the charity. I have also taken part in the London Bridges Walk and held cake sales at my secondary school.

My grandad loves my fundraising idea and he knows that I eventually want to work for a radio station. He is very proud of me and thankful that I want to support the charity."

Amongst eight hours of great music and quizzes you can tune in to hear interviews with consultant nephrologist Professor Alan Salama, transplant surgeon Mike Stephens, Kidney Research UK’s director of communications Peter Storey, as well as a fantastic supporter who has organised a fundraising ball this summer.