It’s Valentine’s Day and millions of people around the world express their love and commitment by giving gifts to one another.

Stacy Rowe and Andrew Scott are a couple in love who have been together for five years. They are two people deeply committed to one another, but much more than that this Valentine’s Day they are celebrating the giving of the gift of life.

Stacy is a kidney patient, diagnosed with end stage kidney failure in March last year. Andrew is a living donor who, last December, gave Stacy the gift of one of his kidneys. That gift has saved her life. 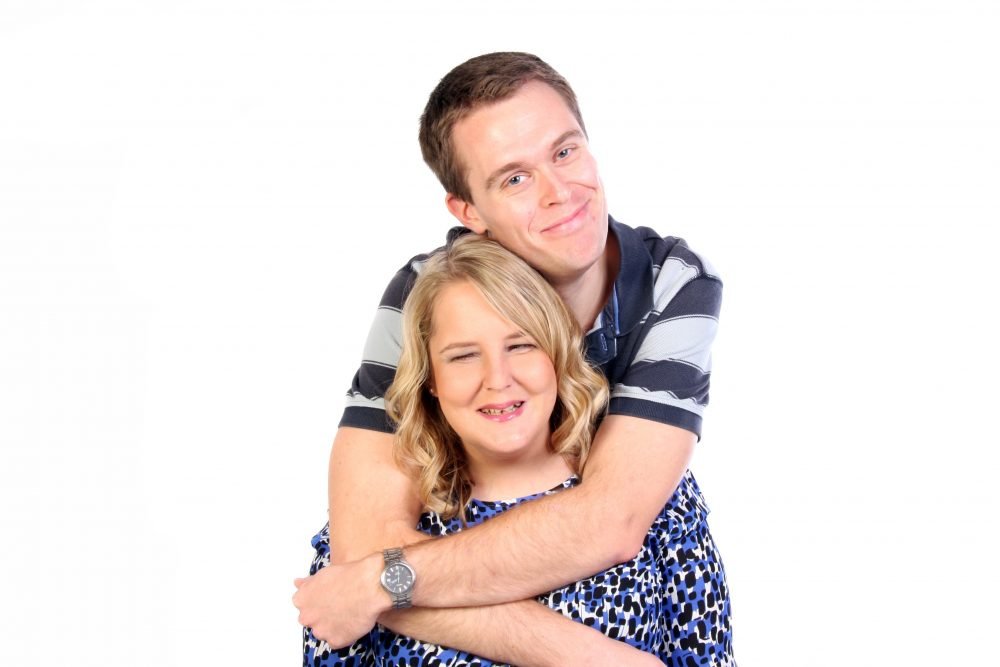 Andrew – Depending on their age, people tend to remember where they were when Kennedy was shot; when Neil Armstrong walked on the moon; when the Berlin Wall came down; and when aircraft flew into the Twin Towers. I remember the morning of Monday 14 March 2016, in a dingy corner of St George’s hospital in Tooting.

The initial period following diagnosis was by far the most stressful. You have to work really hard not to let kidney failure take over everything.

It may sound like a cliché, but together we got through it… Truth be told, Stacy made it easy for me. She did much better with this than I would have done in her place. The main thing is that she never wavered from the belief that she would come back from this better and stronger.

I think actually that the most tiring thing was just the worry: from the immediate worries such as when Stacy’s throwing up during dialysis and you want it to stop, through to the long-term nag at the back of your mind that you can never quite get rid of: what if this is a battle that we ultimately end up losing?

Chronic kidney failure definitely affected our relationship, but the overall effect was actually very positive. After four years I reckon many couples start going on fewer dates, developing their own interests and generally spending less time together. We obviously ramped up the amount of time we had together by ourselves: five hours 3x a week at dialysis for a start. When I start writing this down it looks as though this could have made us or broken us, but that is a thought that never occurred to us at the time. I loved those times maybe two or three hours into a dialysis session when Stacy would say to me something like “I was reading this article in the Guardian about XYZ, what do you think of this issue?” and before we knew where we were the machine was pinging to signal that the session was over. We probably had more in-depth discussions about society, politics, science and religion at the dialysis clinic than anywhere else.

Stacy – The level of emotion I have experienced on my “kidney failure journey” has been incredible. It has encompassed everything from fear and excitement to hope and despair. My life became one massive paradox and the emotions I felt definitely put me on a rollercoaster – up to and including that swooping sensation you feel in your stomach when you plummet from the top!

As a young person who always enjoyed theatre, music and especially travel – realising that my interest in almost everything was fading to nothing was the hardest aspect of kidney failure to endure. I lost interest in the clothes I wore, any form of entertainment – and even travelling. A life with organ failure is definitely a life of survival, rather than living.

Until I was diagnosed, I would have said that my favourite gift received was something superficial like flowers, chocolates or perfume. I wouldn’t have guessed in a million years that my ultimate present would end up being a part of another person!

However, with kidney failure, my roses were not red; my violets never blue – and I was definitely not permitted to eat chocolate! In fact, as my kidneys faded to nothing, so did all aspects of my life. Everything began and ended with kidney failure and my life on dialysis.

Then Andrew gave me the greatest gift I could ever have wished for: his kidney. Now a life that was once devoid of all sensory pleasure is bright, colourful and hopeful again.

After receiving my new kidney – the change has been incredible. I had forgotten how much I had missed going to the theatre, or listening to live music. I now have far too many clothes – as Andrew keeps telling me – and I spend far too much time now deciding what to wear! Now my days are filled with dreams of travel and adventure – and an energy I hadn’t realised had gone until I got it back. Of course a transplant should not be taken lightly and it is not without challenges – but I would take those challenges over dialysis every time!

A life with kidney failure meant a life with no energy to even contemplate the enjoyable aspects of living. With such a gift from Andrew, that energy and joie de vivre has returned and Andrew has his partner back. I am now the person I remember being all that time ago - and getting to know myself again, post-transplant, has been a fantastic journey.

It truly is the gift of life – and my roses are definitely now the most vivid red!