One of Kidney Research UK’s volunteers has been awarded an MBE in the 2017 New Year’s Honours. Surjit Singh Chowdhary, from Glasgow, has received his MBE for services to the Sikh community and to charity.

Mr Chowdhary is the vice-president of the Central Gurdwara Singh Sabha in Glasgow. He has held several key roles in local community organisations, including Southside Housing Association, the Ethnic Minority Law Centre and the Prince and Princess of Wales Hospice. He is also a voluntary faith counsellor for Sikh prisoners in Scotland and the Marriage Officer for the Sikh Community in Scotland.

Mr Chowdhary has been involved with Kidney Research UK since 2014. He is a member of its Lay Advisory Committee (LAC), which is a group of kidney patients, carers and professionals who volunteer to provide support and advice to Kidney Research UK from a patient or carer perspective.

He also volunteers as a Peer Educator for the charity. Kidney Research UK’s Peer Educator initiative trains people from communities at high risk of kidney disease to talk to and engage with their communities about kidney health and the shortage of donors, in order to address these issues. 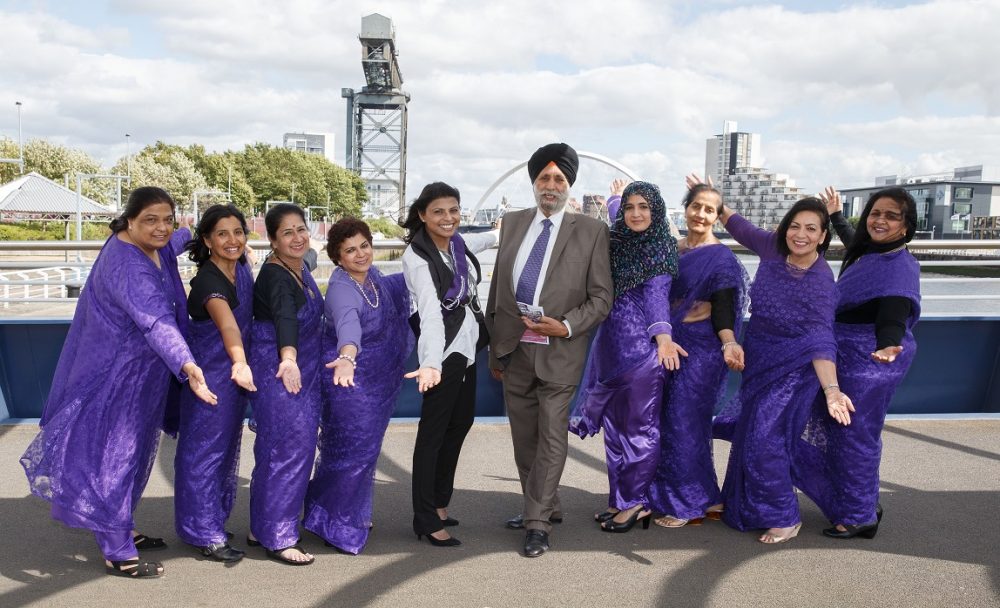 Most recently, Mr Chowdhary has been part of a Glasgow-based Peer Educator project funded by the Scottish government, working among the Asian community. He has helped recruit other volunteers, reach out to thousands of people to raise awareness of health issues and has successfully encouraged well over 400 people to join the Organ Donation Register.

Surjit Chowdhary with other Peer Educators from Kidney Research UK

Mr Chowdhary said: “I am delighted and humbled to be receiving this award from Her Majesty the Queen. I have found reward in every aspect of community work I have undertaken over the past 40 years. The challenges offered have helped me to grow as an individual and Scotland's warmth and welcoming nature has made light work of highlighting the parallels between Sikhs and our host nation. We are people who believe in contributing back into the society we live in.

“Challenges with recruiting organ donors from the South Asian Community struck an immediate chord with me. We have worked tirelessly to educate ourselves on aspects of organ donation, so that we can address the fears and misunderstandings that act as barriers to donors from our communities. I work as part of a team and we have embarked upon a journey now that will see a significant influx of donors registering. As such, I see this award as much a recognition for those I work with, as it is for myself.”

Sandra Currie, Chief Executive at Kidney Research UK, said: “We were delighted to hear that Surjit has been awarded an MBE. He has volunteered with us here at Kidney Research UK for almost three years and together with his wife, Swaran, has been integral in raising awareness of the importance of organ donation initially within the Sikh community and is now spreading awareness across all communities in Scotland.

“We know him to be selfless, hardworking and dedicated in offering his time and effort, and he is an inspiration to other volunteers and people from ethnic communities in Scotland.